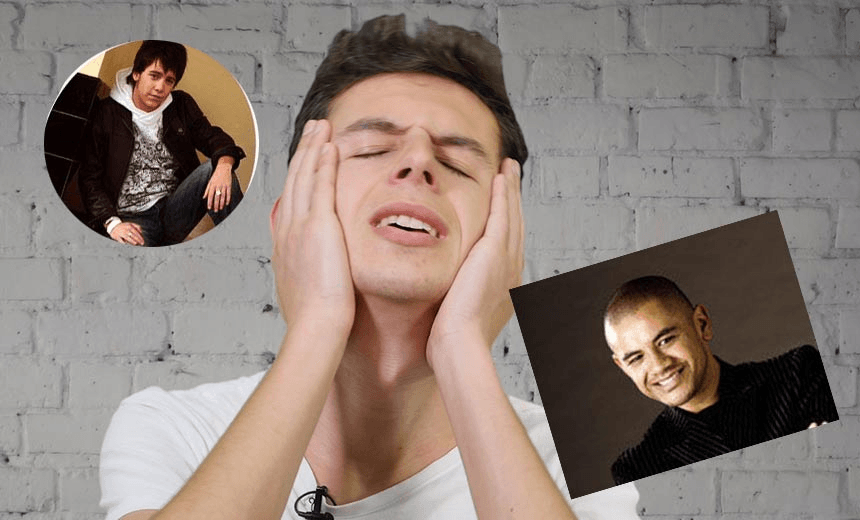 By James Mustapic
Guest writer
Made possible by

When the first season of New Zealand Idol started, I was eight years old and I wasn’t very interested in music. But rising from the depths of emo-land, Michael Murphy came and ignited my love for beautiful melodies. He was a safe bet to win the competition having not ever been in the bottom two, while Ben Lummis had been in there about twelve times.

On the night of the finale my mum told my sister and I that we could call up and vote once each. I voted for Michael Murphy, and my sister voted for Ben Lummis, cancelling out each other’s votes and ruining my life. Look at the state of our country now, Jenny. This is what you made.

I would love nothing more than to meet Michael Murphy some day, kiss him on the forehead and tell him that everything is going to be OK. I have met Frankie Stevens once though, so that’s probably close enough. I’d just moved up to Auckland from Dunedin and I was on the hunt for celebs. I saw Frankie strolling up Queen Street like he owned the place, (maybe does own Queen Street) and I approached him for a photo which he happily took with me.

It was hard to tell if it was actually Frankie, because he wearing big sunglasses. Maybe I had just asked an average bald guy for a photo. I said “wait… are you Frankie Stevens?” He said nothing. I still don’t know if it was Frankie Stevens. Either way, I am thrilled to have this cute photo together.