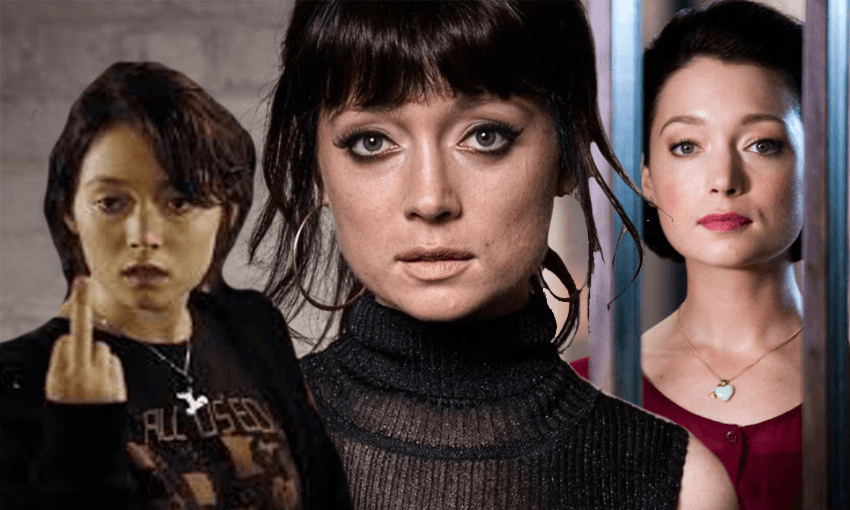 From Close to Home to Shortland Street to Westside, New Zealand has a long and storied history of brilliant TV. Sam Brooks takes a look at the best local shows that you can stream on Lightbox right now.

Cheryl West, the cute boy Jay Ryan played on Go Girls, Rita West, Ofa from Supercity. These are just some of the iconic characters that New Zealand television has brought us, and they have all been played by Antonia Prebble. (Not really, but you bought it for a second.)

The problem with a lot of New Zealand television is that it can be a one and done thing. It plays once and then never again, until you hustle some of the DVD boxsets at a dodgy garage sale somewhere, wipe away all the scratches, dust off your old DVD player, slide it in and hope it’s the same region – why would they even release them in region two, who has region two?

But with streaming, and with Lightbox, that’s no longer an issue. You can have Cheryl West – age 18 or age 40 – stomping around in West Auckland at your fingertips, and all these other iconic characters (and their shows) too:

The first of three shows on this list starring Antonia Prebble, who I assume continues to be cast because she’s really good and people want to watch her. (Genuinely – she is very good on this show, the next show, and the last show on this list.)

What Westside does exactly right is it plays on nostalgia, not just New Zealand’s nostalgia for the 80s – a time where you could pay $7.50 for an outfit and wear it to Sunday lunch, Sunday drinks and Monday hangover – but for Outrageous Fortune. Westside gets that we fell in love with the world of Outrageous Fortune, and will follow those characters anywhere, even way back to the 80s.

Where Westside differs from Outrageous is that it’s a goddamned pretty show to watch: money has been poured into this show and it pays off. It’s the best looking show New Zealand has ever produced, and therefore perfect viewing when you’re propped up in your pillow fort watching it on your 13.5-inch laptop screen.

Remember when New Zealand made a film noir? No, well, now you can check it out.

The Blue Rose is one of those weird shows that I watched in its original run and couldn’t quite believe that it was happening – a season-long thriller involving high stakes crime and gang violence, set in the vaguely glamourous setting of an inner city law firm. It was like a seedier and rougher version of The Good Wife, but with New Zealand accents and yes, Antonia Prebble.

It’s one of the stranger shows we’ve ever produced in hindsight. I can see how it was pitched as a huge potential hit – it was the new show starring two of the biggest stars from Outrageous Fortune – but in practice it ended up being a strange (but bizarrely watchable) experiment in New Zealand television.

There’s only 13 episodes, so it’s an easy binge as well!

Getting an ensemble cast together is hard. Countless TV pilots every year manage to get the chemistry so badly wrong that people stop watching immediately because they can’t imagine these people would ever hang out.

What Go Girls got right – and got so right that it lasted for more than four years – was an original cast with the kind of chemistry that you get once in a generation. Anna Hutchinson, Bronwyn Turei, Alix Bushnell (and later Esther Stephens) had the kind of easy-going vibe that you have with your inner circle of friends, with the unbearably attractive and uncommonly appealing Jay Ryan hovering around the edges.

Go Girls is light fare, but it’s the kind of thing you want to watch on a sweaty Sunday when you should probably be hanging out with your actual friends instead. It’s easy, it’s engaging and you get surprisingly invested in these friends and their ramshackle lives.

This little gem from a few years back is the brainchild of Paula Bennett impersonator and Snapchat impresario Tom Sainsbury. It’s a sketch show featuring the considerable talents of Madeleine Sami, and it has the exact same dark sensibilities that Sainsbury brings to… well, The Spinoff Snapchats, I guess.

If Tom Sainsbury is the surprisingly full-flavoured cake of this cupcake, then Madeleine Sami is the sherbet-y icing. There’s a virtuosity and a full-bodied submersion in her performance (or performances, since across two seasons she plays countless characters) that make Super City more than worth the watch.

I don’t think it’s a stretch to call this the most successful show ever to come out of this country, depending on if you include Shortland Street as a television show or a cultural institution.

When I was stuck on bedrest for a time last year, I decided to dive properly into the show, I didn’t remember watching it in my teens but I remember being around it. I remember knowing all the twists and all the drama. When it was on it was a full-on phenomenon, people paid attention to this show and its goings-ons like nothing else.

And now, after watching it, I can see why. It’s a damn compelling drama that managed to sustain its plot, characters and the inner workings of their life in a way that was relatable then, and is still relatable now. At its core, it’s a show about a family working through all their shit to keep going from day to day.

The best thing about the show are the performances, especially the women. Robyn Malcolm’s Cheryl West is a hell of a creation, and even when the writing gets into soapier territory (because crime drama is just a soap opera with a bit of grime on it) she keeps the character grounded in reality. Cheryl West is a woman that we all know – she’s someone who we feel for in her darkest moments, but never pity, and someone we want to be when she’s right, even though we acknowledge how difficult it is for her to be that strident and that right.

Even if you have doubts about whether Outrageous Fortune is the best show to come out of New Zealand, I’ve got absolutely no qualms saying that Robyn Malcolm’s performance as Cheryl West is the best performance ever given in New Zealand television. And like Cheryl, I’ll fight you on it. (But I’ll also give huge props to Antonia Prebble’s career-defining performance as Loretta, Nicole Whippy’s full heart as Kacey and Claire Chitham’s slam-dunk season as Aurora. Seriously, this show is a goldmine for great performances by New Zealand actresses.)

Watch all these, plus the new local content added this month: Common Touch: The Jake Bailey Story, Until Proven Innocent, Tangiwai: A Love Story.