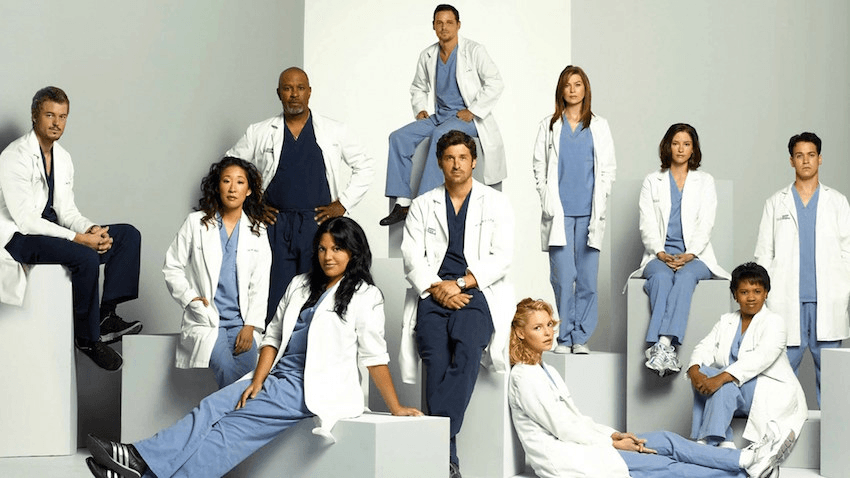 All of these people have done unspeakable thing, and should probably be in jail. What other terrible things have the characters on Grey’s Anatomy done?

All of these people have done unspeakable thing, and should probably be in jail. What other terrible things have the characters on Grey’s Anatomy done?

After 15 seasons, pretty much every doctor on Grey’s Anatomy should be fired or in jail. Sam Brooks revisits all the wild fireable offences that have happened in television’s longest-running medical drama.

Fourteen years ago, a little show called Grey’s Anatomy descended upon our screens and captured the hearts of millions. It made stars of its unknown cast, pioneered the idea of plundering the back catalogues of indie bands for emotional depth, and introduced us to the concept of someone fucking a ghost.

There’s a reason why the show has hung around as long as it has, being one of the few network dramas to survive the streaming boom with its ratings pretty much intact. That’s because it’s never afraid to up the stakes, which is saying a lot for a show that had a patient with a bomb in their body in season two, a shooter roaming the hospital in season three and a plane crash in season eight. It’s the Fast and Furious of medical dramas, I wouldn’t be surprised if the cast save the world from a nuclear holocaust next season.

But I’m not here to talk about how good the show is, or when it jumped the proverbial shark (but if I were a betting man, I’d say somewhere around Meredith’s second half-sister working at Seattle’s only hospital). I’m here to talk about how so many of these doctors should no longer be employed. And honestly, some of them aren’t, because a lot of them have died! See the aforementioned bomb, shooting, and plane crash.

So for your benefit, I’ve collated a definitive list of all the times that characters on Grey’s Anatomy should’ve been fired. Please note, I have no experience working in a hospital or any medical experience whatsoever, but I have watched a lot of Grey’s Anatomy, a moderate amount of Shortland Street and a lot of The Good Wife.

You can watch all of Grey’s Anatomy on TVNZ on Demand right here.