Sam Brooks rewatched Friends in its entirety. Ten seasons, 236 episodes, and as many cutesy episode titles. But what if those titles were just a bit more honest?


For a certain generation, Friends is an inescapable mainstay. I don’t think the show has ever left our screens since it started airing in 1994. Almost every night when I came home from school, I would switch on the TV at about 6:30 pm and there would be an episode of Friends. When the show was actually still running, there would be a rerun at 6:30 pm and then a new episode at 7:30 pm, with Shortland Street like a cleansing glass of water between two servings of junk food. An entire generation, give or take a few outliers, did a similar thing.

Friends is in our souls, it’s as much a part of us and who we are as our DNA or our weary, weary millennial bones. Watching it back over the summer break – in its entirety, because I make good use of my time – was a comforting yet chilling experience. Comforting because I’ve seen all these episodes, all 236, at least 10 times each. Watching them is like seeing an old friend: maybe they’ve chipped a tooth, maybe they still have that terrible hairstyle, but you still love them. You hug them close because you miss them, despite and maybe because of their flaws.

Chilling because I realised so many of my behaviours, my jokes, the ways I interact with my friends and loved ones, comes from a show that stars Lisa Kudrow, and not even the right one! (The right one would be, of course, the Lisa Kudrow in The Comeback).

Also chilling because, like me, the show has aged. And not as well as me, if I may be so bold. There’s a lot of gay jokes, there is almost no diversity, and some plots are stretched out way longer than you would need them to be, but it was the 90s so a season of television had to be about a billion episodes long.

Friends, along with Seinfeld, appears to have pioneered the themed-title episode. But where Seinfeld stuck to a simply ‘The’ construction, Friends got cute and gave them the sort of titles you’d use if you had to describe an episode to your loved ones, if you’re the kind of person who does that. So we ended up with titles like ‘The One With All The Thanksgivings’ or ‘The One With The Monkey’.

So after watching all these episodes, I’ve decided to give them honest titles, the titles you would use if you were describing them now, being honest about the characters and their defects, because there are many. Some of these titles are editorialising, many of them are showing my bias against the monster that is Ross. I do not apologise for that.

Ross is the worst.

In this episode, Rachel sits in a shopping cart.

The One With Approximately Nine Thousand Lesbian Jokes

The One Where Ross and Rachel Wildly Flout Laundromat Etiquette

The One Where Ross Kisses his Best Friend’s Mother, which is Gross

The One Where Rachel Implausibly Does Not Have Health Insurance

The One Where Monica Has Sex With A Teenager

Julia Roberts was on Friends, you guys.

The One Where Chandler is Sexually Assaulted By A Tailor

The One Where Rachel Gaslights Ross With Bad Romantic Advice, Because She Is In Love With Him

The One Where Ross Cheats On His Girlfriend With Rachel, Starting Their Long-Term Toxic Relationship

The Weirdly Progressive One With a Lesbian Wedding in 1996

The One With Julia Roberts, Brooke Shields and Jean Claude Van Damme

The One Where Ross Enforces Gender Roles On His Son

The One That Is Racist Against Italians

The One Where Ross Sleeps With Someone Like An Hour After He Goes On A Break with Rachel, Which Is A Dick Move No Matter What Way You Look At It

The One Where Chandler Pees On Monica

The One Where Chandler Kisses His Best Friend’s Girlfriend

The One Where Monica Has Feelings For Her Ex’s Son

The One Where Rachel Makes An Emotionally Mature Decision

The One Where Phoebe Engages With Really Complex Moral Philosophy

The One Where Ross is Fired For His Anger Issues

The One Where Everybody Finds Out About Monica and Chandler, Which is Maybe The Second Best Episode of The Show

The One Where Ross and Rachel Get Married, Continuing Their Long-Term Toxic Relationship The One Where Ross Gaslights Rachel

The One Where Ross Tries to Get Rachel To Move In With Him, Despite Gaslighting Her

The One Where Rachel Finds Out She Is Being Gaslighted

The One Where Elle Macpherson Starts A Stupidly Long Guest Arc

The One With Reese Witherspoon

The One Where Ross Dates a Student, Which Is The Actual Name of This Episode

The One Where Rachel Goes On A Date With Ross’ Girlfriend’s Father, Thus Continuing Their Long-Term Toxic Relationship

The One Where Chandler Proposes to Monica And I Cried The One Where Rachel Hires Someone She Is Sexually Attracted To, Setting Up An Unhealthy Working Environment

The One Where Monica Acts Completely Unreasonably At A Restaurant, Which Is Weird Because You Think A Head Chef Would Know How A Restaurant Works

The One Where Rachel Babysits Jughead From Riverdale 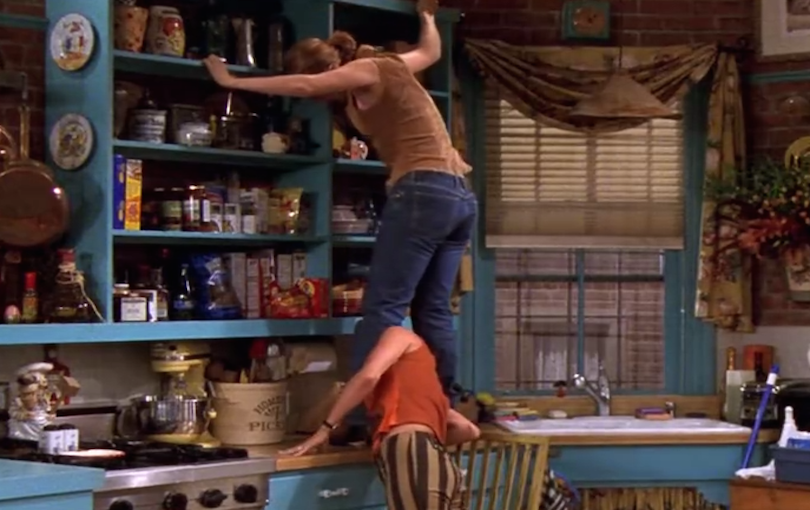 The One Where Ross Films Rachel Without Her Consent

The One Where Monica Accuses Her Maid Of Stealing From Her, And Then Sexually Harasses Her

The One Where Rachel’s Dad Emotionally Abuses Her

The One Where Rachel’s Mom Emotionally Abuses Her 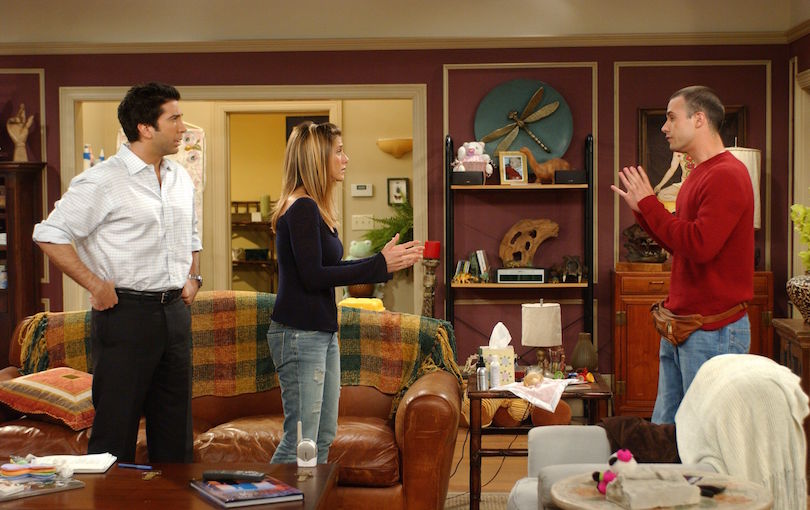 The One Where Phoebe Takes Her Children’s Charity Donation Back

The One With The Worst Plot In The Series, Where Joey Tries to Learn French and Can Only Make Random Sounds