From the comforting to the confronting, the uplifting to the bizarre, telly kept us sane in this godawful year.

Of all the heroes we looked to this year, there’s one that doesn’t get the respect it deserves: the humble television screen. This year when we retreated to our homes to stay safe, old mate telly was there for us. When we needed to escape an exhausting world, television comforted us and distracted us from our strange new reality. Luckily, there was a bumper catalogue of shows to be distracted by. Here are 10 television shows we couldn’t stop talking about during 2020. Was there any face we saw more on our telly?

It was our collective lockdown ritual, the daily dose of facts and science that became appointment viewing. It starred the unflappable Ashley Bloomfield, who we became so obsessed with that we plastered his face over cakes and earrings. We worried when he took a day off and noticed when he’d cut his hair, and we loved him saying “nasal swab” and “no new cases”. Five stars, hopefully never to return after its two-season run.

Who’d have thought there was a world more bizarre than the one we experienced in March? Enter Tiger King, the compelling true-crime docu-series about gun-slinging, country-singing Alabama zookeeper Joe Exotic and his intense feud with big cat conservatist Carole Baskin. It was mesmerising from start to finish, thanks to the strange charisma of Exotic and his unusual life choices, even if you did feel slightly grubby by the series end. 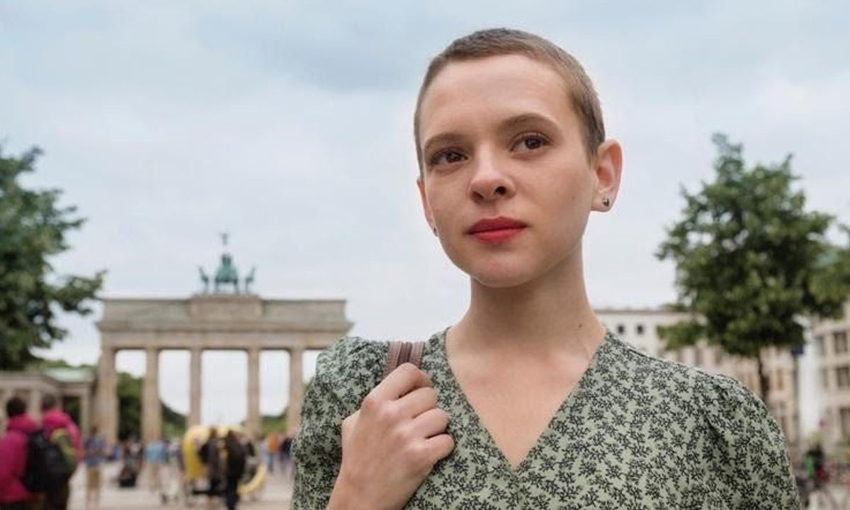 Based on a memoir by Deborah Feldman, Unorthodox tells the uplifting story of Etsy, a young woman who flees her dysfunctional marriage and Hasidic Jewish community in New York for a new life in Berlin. Emily Writes said in her review that Unorthodox “does something that we need right now – it takes us out of our homes and into the world. It encourages us to uplift ourselves, to open our hearts, at a time when our world is getting smaller and smaller until it is the size of a single room”.

There’s a whole lot of heart in this Kiwi reality show about former All Blacks on a journey back to good health. Coached by Buck Shelford and Sir Graeme Henry, these rugby greats shared their mental and physical struggles as they prepared for one last game. Inspiring, entertaining, and a local gem.

So many feelings, so little time. The adaptation of Sally Rooney’s award-winning novel hit our screens in April, when we watched Irish teenagers and class-crossed lovers Marianne and Connell begin their complicated love affair. Tender and evocative, Normal People reminded us how messy life can get during your formative years. Also, Connell made gold chains cool again, which is a feat in itself.

I May Destroy You (Neon) Michaela Coel, the creator and star of I May Destroy You, which you can watch on Neon now. (Photo: HBO)

Michaela Coel (Chewing Gum) wrote, directed and starred in I May Destroy You, a sharp, bold drama about the aftermath of sexual assault. Keagan Carr Fransch said in her review that “Coel has that wonderful gift of being able to deliver a gripping half-hour while intricately layering together each episode to build towards something truly confronting. She also knows when to make you laugh – just after she’s punched you in the gut. It’s surprising and devastating, humorous and unbearable, unrelenting and breathtaking.”

Inspired by a podcast of the same name, this New Zealand drama about the Bain family had us talking about the 1994 murders all over again.

It’s the series that led to a huge increase in chess set sales and became Netflix’s most watched limited series of all time. The Queen’s Gambit follows orphan and chess prodigy Beth as she tries to become the world’s best chess player, while also struggling with drug and alcohol addiction. 62 million subscribers watched during the show’s first month on Netflix, which is a lot of people watching a show about a board game.

Read our review of The Queen’s Gambit here.

The characters of Three’s new docu-series Taranaki Hard all come from Waitara, and they love it (Photo: Three)

This beautifully shot docu-series shone a light on the realities of everyday life in Waitara, introducing us to a group of loveable locals who generously shared their stories with the nation. Taranaki Hard captured small-town New Zealand in a thoughtful and emotional way, and proved that life in the provinces is just as complex and compelling as it is in the big smoke.

There are many questions to be asked of The Undoing, HBO’s crime thriller that saw Nicole Kidman and Hugh Grant’s characters lives unravel after an accusation of murder. The show grew in suspense week on week, and by the final episode we were desperate to discover who the murderer really was. Even though I’d like those six hours of my life back and I still can’t get past Hugh asking Nicole if she’d “like to be washed”, The Undoing showed that old-school appointment viewing still has a place in 2020.

Read our review of The Undoing here.

Never Have I Ever (Netflix): Mindy Kaling’s delightful coming-of-age comedy about the complicated life of a first generation Indian-American teen.

Schitts Creek (Netflix): We waved a final sweet goodbye to the Rose family.

The Mandalorian (Disney+): a space Western series set in something called the “Star Wars universe”.