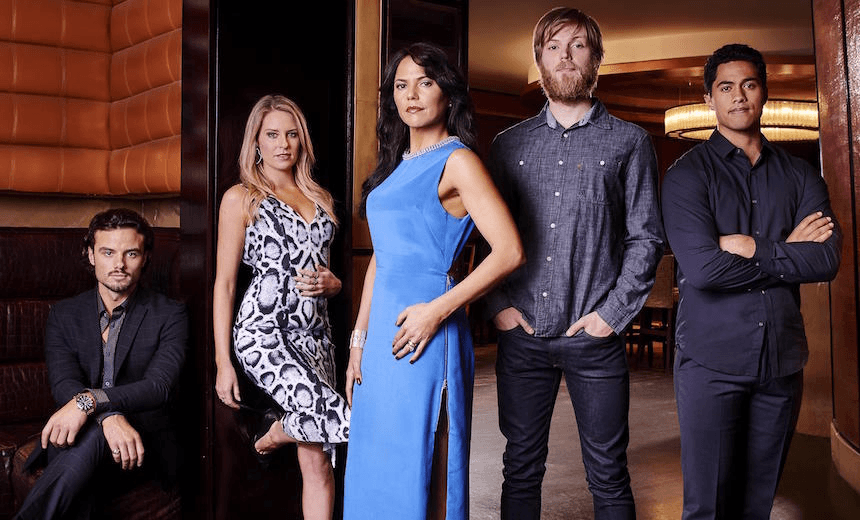 Why the hell did Filthy Rich just get $7m to make a second season?

NZ On Air announced this week that a second season of TV2 drama Filthy Rich has received funding to the tune of $6,896,419 – a baffling decision if you look at the first season’s ratings, writes Duncan Greive.

What’s striking there are the numbers chosen to trumpet its success. The online streams are ordinary – Shortland Street averages nearly 50% more per episode, according to industry sources. But it’s the 250,000 which astounds – Nielsen only makes public the top 20 shows, and The Block: Girls vs Boys last week came in 20th with 328,000 viewers. So it wasn’t particularly popular in the mass market.

The bigger question is whether the 5+ audience is even relevant. The show screened at 8.30pm on Monday and Tuesday evenings, and featured a ludicrous sex scene in its first five minutes – so it’s hard to imagine five-year-olds were a core part of its audience. TV2 claims 18-49 as its target demographic, and the numbers there were even less pretty.

It breached 200,000 (including timeshifting) on debut, on the back of a huge marketing campaign, but never again approached that number. The following day it dropped a third of audience – overnight – and only rarely broke 150,000 from there on in.

In the last census, according to Statistics New Zealand data, there were 1,798,125 people aged 18-49 in New Zealand. That this show, the second-most richly funded in our history, couldn’t attract even 10% of its target audience suggests it was not a product we wanted. Critically savaged and mostly ignored by its audience, it limped along to a final pair of episodes watched by just 120,000 18-49 year-olds across live, +1 and time-shifted. By comparison Step Dave season two, which aired just months beforehand, ended with a hair under 150,000 viewers over its final two episodes. It was promptly canceled.

By any sensible analysis Filthy Rich would have met the same fate. A bold experiment, unspooling its 20 episodes over 10 weeks. But an experiment which failed.

Yet here we are, marvelling over the enormous sums being thrown at the second season of a show no one wants. On Monday we learned that the second series received $6,896,419 in public funding to continue the saga of the Truebridge family for 14 episodes – a 16% funding increase on a per episode basis. This represented a shade over 45% of the $15,238,680 allocated to local drama in the round – all of which went to shows to be broadcast on TVNZ.

As I wrote last week, in reference to the will-they-or-won’t-they debacle which surrounded the broadcast of Terry Teo, we’re approaching some kind of a crisis in the funding of what we still cutely call television in New Zealand. Audience behaviour has shifted radically over the past few years: Netflix and Lightbox have helped drive huge growth in streaming, surveys suggest teenagers identify more with YouTubers than TV stars, Sky has shed significant numbers of subscribers for the first time ever and the entire media world is in a state of mortal panic at all times.

And yet here we are, making yet more Filthy Rich, a show out of time but flush with even more cash, and one in which our commissioners retain a mystifying faith. It would be infuriating at any time, but I happen to be of the belief that we’re living through an era of extraordinary plenty as far as dramatic and comedic talent goes. There are a generation working in theatre, stand-up, reality and more bursting with talent and ideas.

But they are trapped by a system which still leaves the power to commission – and therefore direct public funding – in a tiny number of people’s hands. Unfortunately for you, me and the vast majority of 18-49 year olds, those people are Filthy Rich fans.