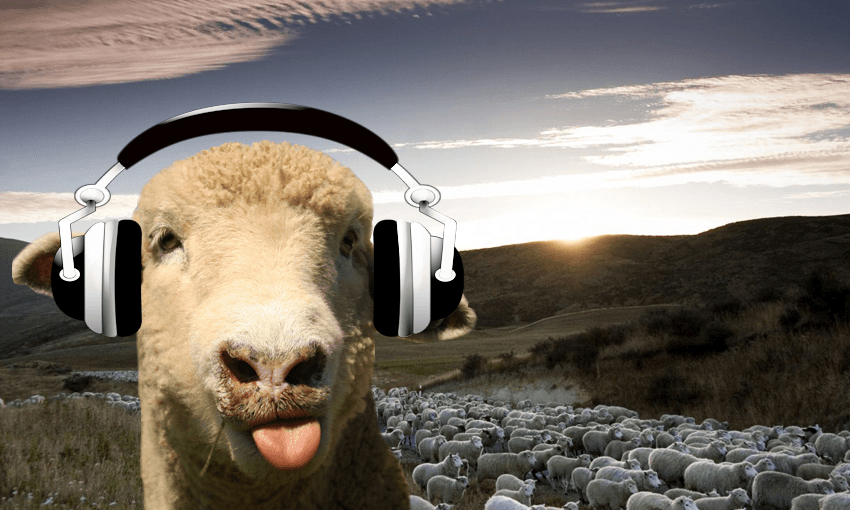 Does Country Calendar have the best TV theme tune ever written?

Calum Henderson is on a valiant quest to find New Zealand’s greatest TV theme. His search for answers begins with a look at the origins of the rollicking Country Calendar theme.

Country Calendar is the greatest New Zealand television show. Even if you’ve never watched it, you know it’s true. It is the people’s show, a mainstay of our weekly TV schedule for over 50 years, one of few constants in an ever-changing world.

It makes sense that the Country Calendar theme song should be one of this country’s most recognisable pieces of music. For many New Zealanders, hearing the opening guitar lick will instantly evoke images of a gumboot-ed foot resting on a number 8 wire fence, of a farmer looking out over hectares of parched high country land.

Bloody oath, he’s thinking, she could do with a bit of rain.

Soon a more upbeat riff emerges. Close your eyes and you’ll see a dog jumping off the back of a quad bike or out the front cab of a ute, effortlessly hurdling a fence and setting off after a flock of fat, woolly sheep. The farmer does that loud, piercing whistle that only farmers know how to do and calls to the dog: “Get in behind!”

The artist behind Country Calendar’s iconic theme tune is an English production music composer named Alan Moorhouse. The song, originally titled ‘Hillbilly Child’, was the third track on Side B of a record of production music he made for the KPM label in 1970 titled The Big Beat Volume 2.

Moorhouse (no relation to the Christchurch boy band) was prolific in the anonymous world of production music and ‘soundalike’ records in the 1960s and 70s. The Big Beat Volume 2 was part of KPM’s 1000 Series, a revered corner of the company’s vast music library that has long been sought after by crate-digging hip-hop producers.

The gently rollicking ‘Hillbilly Child’ is something of an anomaly on the otherwise quite funky The Big Beat Volume 2, which can today be heard in its entirety on Spotify and other streaming services. You can hear how it must have stood out to new Country Calendar producer Tony Trotter when he took a colleague down to the music library in search of a new theme song in 1974.

In the 2005 special 40 Years of Country Calendar, Trotter claims the pair discovered the song “in about 5 seconds flat.” It was a monumental moment in New Zealand television history, the first step on Trotter’s crusade to turn the previously dry rural news show into the Country Calendar we know today. “We looked at each other and said: ‘That’s it, that’ll do.’”

The Country Calendar theme is an instrumental piece of music with no official lyrics. But is it mere coincidence that Alan Moorhouse’s ‘Hillbilly Child’ and Country Calendar are such a perfect match for each other? Listen again, and this time imagine the following show-specific lyrics being sung to the tune:

For: Longevity, timelessness. Probably the most recognisable New Zealand TV theme song, not to mention the most evocative.

Against: Wasn’t written specifically for the show, or even in the same country. No (official) lyrics.

Verdict: Undeniably great, but too many factors prevent it from realistically considered ‘the greatest’ – the search continues.