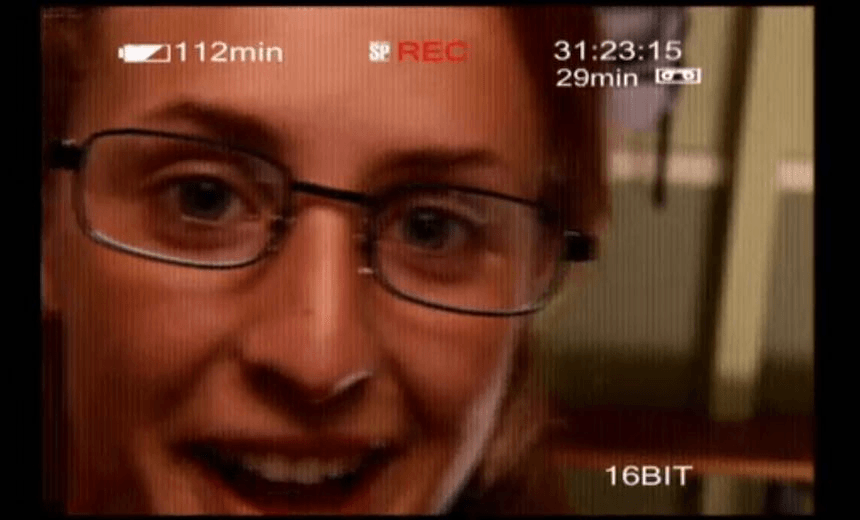 Where are the stars of Being Eve now?

After watching an episode of the slightly weird teen-oriented show while on painkillers (legitimate medical reasons), Sam Brooks goes on an internet investigation to find out what the cast are doing now.

Being Eve was a strange beast of a show, one of the rare New Zealand TV series aimed specifically at teens and preteens, one with a odd sense of humour and an approach to style that represents less using a palette and more throwing a bunch of paint tins against the wall at the same time. Originally broadcast in the early 2000s, and now streaming on Lightbox, it’s as watchable and bizarre as anything this little country has ever produced.

So I had a thought. Where is the cast now? Thankfully, the internet (specifically Wikipedia, IMDB, and agency websites) provide me and now you, with the answer.

After her camera-staring role as Eve, Saville went on to star in international hit The Tribe, Madigan’s Quest, as well as a few theatre credits here and there, but she’s probably most famous for her five-year role as Libby Jefferies, the Shortland Street receptionist-turned-PA who looked nothing like her mother or either of her two sisters. Since then, she’s had roles in Tangiwai, Underbelly and most relevant to me, a small role in notorious Lifetime catastrophe, Liz & Dick, playing Sally Hay Burton in one scene.

Most delightful credit: Saville did a voice in Final Fantasy Type-0, which excites both the NZ television nerd in me and the video game nerd in me.

Lovatt’s most prominent role is probably his turn as Max Hoyland on Neighbours. I remember Max dating Steph at some point, but I might be drastically misremembering that, as my only frame of reference for Neighbours is the Delta years. He’s also had parts on Go Girls, Spartacus: Gods of the Arena, Legend of the Seeker, Top of the Lake, Ash vs. Evil Dead and The Making of the Mob: Chicago. Dude works a lot as the loving but foreboding dad-type figure, and he does it well.

Most delightful credit: Lovatt also does a shit-ton of theatre, and he was genuinely amazing playing Trump’s real-life mentor Roy Cohn in Silo Theatre’s Angels in America a few years ago.

Tandi Wright also works a lot! This is encouraging, you guys.

Since the dark ages of 2002, Tandi Wright has had roles on Nothing Trivial, Power Rangers (you should assume every person on this list has had a role on Power Rangers at some point, honestly), Seven Periods with Mr. Gornsby, Legend of the Seeker, 800 Words and a core cast role on US series The Returned, plus a lot more TV shows here and there. She’s also worked with Silo Theatre in critically acclaimed productions of When The Rain Stops Falling and The Events.

Most delightful credit: Queen in Jack The Giant Slayer, a film which I watched on Sky Movies while I was drunk! She also famously played Shortland Street‘s Nurse Caroline, which I somehow remember vividly despite being about seven at the time.

Alison Bruce, to use the technical term, also works a shit-ton. Since Being Eve, Bruce has done a lot of film and TV, including The Tattooist, The World’s Fastest Indian, Legend of the Seeker, the deeply weird This Is Not My Life, The Almighty Johnsons, something called Reckless Behaviour: Caught on Tape, Top of the Lake, Hilary and the ill-fated Dirty Laundry. She also does a lot of theatre, including Silo Theatre’s Angels in America and Holding the Man, and was especially great in Red Leap Theatre’s latest, Kororareka: The Ballad of Maggie Flynn.

Most delightful credit: 2003’s Sylvia, which saw Gwyneth Paltrow play Sylvia Plath and do a really good job of it!

Morrison appears to have dropped off the acting radar / given up on the brutal profession since Being Eve, after roles on Shortland Street, Jackson’s Wharf and Mercy Peak.

After Being Eve, Cardno ended up on that four season-plus-a-reboot stalwart Go Girls, appeared on Australian show Sea Patrol, and played ‘Fearful Lycan’ in Underworld 3: Rise of the Lycans.

Most delightful credit: A recurring role on season SIX of a Canadian show called Da Vinci’s Inquest, which must have been a very long inquest if it took six seasons.

De Lautour has also done a lot of screen work, all around the world. The exhaustive list includes: Amazing Extraordinary Friends, Legend of the Seeker, euthanasia-as-television NCIS, Rachel Bilson vehicle Hart of Dixie, Anna Faris vehicle Mom, Beauty and the Beast, Once Upon A Time, and a show called HelLA, the most unwieldy title for anything I’ve ever come across. He can currently be seen on our screens playing the young version of New Zealand legend Frank Whitten on Westside.

Most delightful credit: Definitely a toss-up between doing the voice acting and motion capture for Vergil in the Devil May Cry reboot and 21 episodes of Amanda Bynes sitcom What I Like About You.

Ryan had a long run on Go Girls, a similarly long run on Neighbours during the Delta Era, yet another long run on Sea Patrol and played the lead on Beauty and the Beast, which ran for four seasons on The CW. Outside of this, he’s also had roles on Legend of the Seeker, Top of the Lake and Australian series Offspring.

Most delightful credit: His main role on the hilariously titled Mary Kills People, which I now absolutely need to watch because it takes some gall to name your TV show something that obvious.

Amazing news! You can watch every single episode of Being Eve on Lightbox right now: