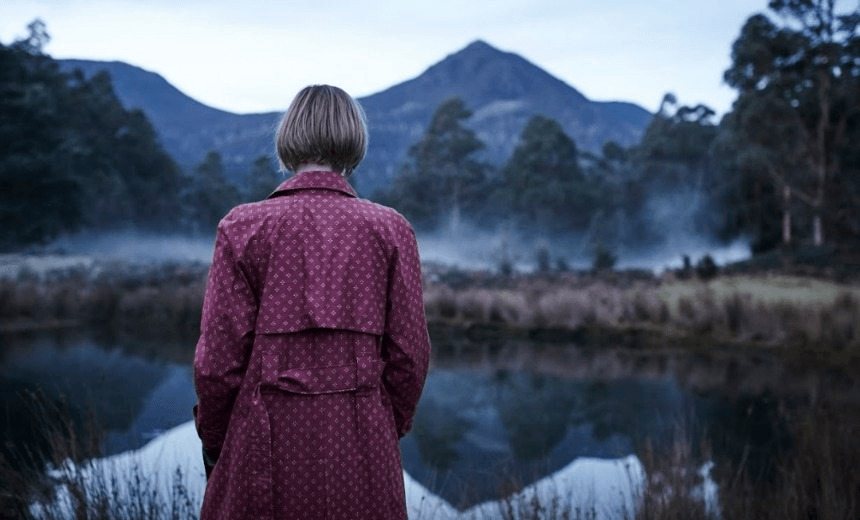 Monitor: Why Scandi-noir fans should be moths to The Kettering Incident flame

Aaron Yap reviews The Kettering Incident, the Tasmanian Gothic drama that has just as much mystery as it does moths.

I blame Under the Dome. Ever since committing to three seasons of masochistically hate-watching that hokey, needlessly protracted mess of a Stephen King adaptation, I’ve never been able to look at butterflies – and by extension, moths – in movies and TV the same again.

The Monarch butterflies initially played a fascinating part of the show, but as the narrative descended into arbitrary bizarreness, their ongoing presence became a downright nuisance I couldn’t wait to be rid of. Consequently, The Kettering Incident, with its head-scratching moth-filled digressions, triggered more than a few Dome-inspired PTSD flashbacks (think Nicolas Cage’s infamous “not the bees” scene in The Wicker Man remake, but replace “bees” with “moths/butterflies”).

Set around the quiet coast of Tasmania, the eight episode mystery employs swarms of big, fat, mutant moths – a recurring device that acknowledges its role as a harbinger of doom and metaphor for character metamorphosis. It’s one of several naggingly familiar but tantalisingly weird elements to be found in the show’s DNA, which can be traced to the paranormal spookiness of The X-Files, the cryptic puzzle-playing of Lost and more recent broody, Scandi-noir-flavoured fare such as Top of the Lake and Fortitude. As with the latter two, The Kettering Incident extracts atmospheric mileage from its far-flung location, creating an insidiously beautiful Tassie Gothic world of engulfing mountainscapes, ominous dolomite cliffs, lush, ethereal forests, and night skies illuminated by the Southern Lights.

Small town drama tropes are in abundance too. There’s the outsider entering – or in this case, re-entering – a tiny, close-knit community. London-based doctor Anna Macy (Elizabeth Debicki) hasn’t been back in Kettering since her childhood friend Gillian Baxter vanished years ago – possibly murdered, or possibly abducted by UFOs. There’s the conformist existence of the locals: everyone’s living in some kind of collective somnambulance, hostile at the thought of the past being dredged up once again.

Then there’s the likelihood of the nefarious, potentially conspiratorial secrets lurking beneath the tranquil facade. Anna’s dad, Roy (Anthony Phelan), is a retiring veteran cop who appears to know much more about the night of Gillian’s disappearance than he’s letting on.

Gillian’s mystery is simply an appetiser. True to potboiler tradition, showrunners Victoria Madden and Vince Sheehan have constructed another whodunnit on top of that. Scattered throughout its eight episodes are enough slippery red herrings to ensure discussion forums and office water-coolers remain a thriving hub of fan speculation until next season.

The Kettering Incident suffers from the same issues plaguing many shows of its kind: the longer-than-necessary delaying of key revelations, making the final couple hours too much of a scramble to answer pressing questions. Rather than exciting us, the attention to the overarching mythology turns into a narrative ball-and-chain. Unlike the grounded underpinnings of Fortitude, where every strange development could be explained in some satisfyingly logical way, Kettering difficult task of stitching together threads as disparate as nosebleeds, Tommy James and the Shondells’ ‘Crimson and Clover’, and a 43,000 year old flower called the King’s Lomatia into a coherent resolution.

But if you can subscribe to the ‘it’s-the-journey-not-destination’ line of thinking, The Kettering Incident works like gangbusters from moment to moment. It’s solidly crafted. The score, occasionally echoing the subterranean synth passages of Angelo Badalamenti’s work on Twin Peaks, is a moody complement to the remote setting. The cinematography is invariably gorgeous in its unearthly allure, shaking up an overcast palette with striking accents of colour (crimson!). Debicki’s performance is absorbing as she navigates Anna’s fluctuating, ghostly state of disorientation and trauma and unyielding quest for the truth. Madden’s writing is unusually sensitive to character, granting as much time for the smallest supporting roles to grieve and reflect as she does to the more prosaic, plodding scenes of detective work.

Ultimately The Kettering Incident is comfort TV – a proficiently-made stopgap between seasons of The Bridge. If you’re partial to batshit stuff regularly happening while you sleuth from your armchair, this one will devour chunks of your night and day, easy.

Have your evenings devoured by watching The Kettering Incident, exclusively on Lightbox: