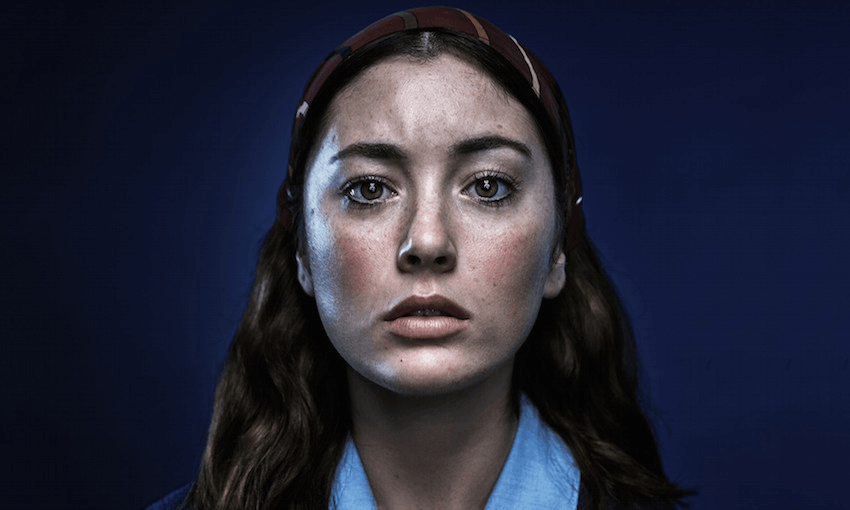 Alibi is a quietly groundbreaking triumph for New Zealand television

The location: a small rural town. The scenario: a girl’s body found in a bathtub. The suspects? Six suspicious people in the town: the local pastor, the slightly foreign teacher, one of her best friends, her sort-of boyfriend, the ex-convict labourer, and the local gang leader. A detective tries to get to the bottom of it. It sounds like it could be the next season of Broadchurch, or a Scandi-noir. But nope, it comes from our very own backyard.

Alibi, a collaboration between Plus6Four Productions and TVNZ, funded by NZ on Air, represents one of New Zealand’s first stabs into the rural crime noir. The concept, while pretty groundbreaking in the context of New Zealand television which feels averse to dipping into any kind of genre outside of comedy or drama, could just as well be from the BBC.

There are six episodes of Alibi (with a seventh conclusion episode that’s yet to be released) created by Hannah Marshall, David DeLatour and Gareth Williams. Each episode is about fifteen minutes long and focuses on one of the aforementioned suspects. A detective interviews each suspect, and the events leading up to the death of Jodie Hunter, the girl in the bathtub, plays out before us. We see the events from each suspect’s point of view and are lead to build our own conclusions as to what actually happened, and of course, who actually did it.

But what makes Alibi special is the form: it’s entirely non-linear.

Taking your series non-linear is a huge gamble, and Alibi goes all-in because it’s not non-linear in that time is all jumbled up (although that is the case). It’s non-linear in that the audience can choose what order they watch the episodes in, subtly framing how they view the story and put certain facts together. It goes without saying that one of the benefits of narrative fiction is that the author has almost total control over what information their audience receives, in what order and in what way. Alibi still has a degree of that control, but for the most part, the audience can interpret what they see in a range of wildly different ways.

For example, there are two characters whose stories about Jodie diverge entirely. One interprets a locker room encounter as a creepy and predatory action, while the other interprets it as an unfortunate mistake. Even the way the encounter is filmed differs depending on which character is telling the story. What way you interpret this story and what side you land on depends almost entirely on what order you watch the story in. This ambiguity gives Alibi a unique tension, and allows for an unprecedented amount of audience agency – there’s any number of valid conclusions that you could come to (at least from my hawkish eyes) after watching all six episodes, and there’s genuine satisfaction to be had from sussing out all the clues, even rewatching to pick up on more.

The performances and the filmmaking support this agency and those multiple interpretations. There’s a beautiful noir quality to Alibi, one that lends even the most mundane interactions a sense of foreboding and discomfort – a simple nudge as someone walks by is given as much weight as a loaded glance from across the room. Filmmakers across the world have made much use of New Zealand’s landscapes, but I’ve rarely seen our smaller screens and local filmmakers bring out so much latent horror in our small towns. Every open field is an opportunity, every anondyne starter house is just covering up a coffin’s worth of secrets.

Even more impressively, the performances bridge that incredibly fine line between flatness and being open for interpretation. Flatness seems like shade in this context, but what it does is really up the ante of the entire series – you’re never sure if characters are being defensive, playing up what they actually feel, or just being human. Melanie Vallejo is particularly impressive as Natalie Park, a teacher who settles up in the small town of Awatahi – she nails the heightened fear and defensiveness of someone who’s genuinely done nothing wrong, but might have done something similarly wrong in the past and is terrified about being put in a box. Or it could be something else entirely!

The hook of Alibi is that many things could be true, and although this could be seen as writerly laziness, in this case, it seems entirely intentional as it adds depth to the series rather than takes away from it. There’s a genuine tension in being sure, as an audience member, that one character did the bad thing, and then having the rug not quite taken out from under you, but shifted slightly. You might not be right, but you might not be entirely wrong. It’s a unique feeling to have while watching a TV show, and the fact that this is a web series – a New Zealand web series at that – doing this feels groundbreaking.

Where Alibi does regress a little into old tricks and tropes is with the writing. The dialogue can sometimes ring as florid – a Romeo and Juliet reference made by the detective pings strangely – and inauthentic to New Zealand vernacular. The liberal use of stock stereotypes and tropes also feels a little obvious at times. The pastor character feels out of a piece of horror fiction rather than representative of any real-life leader in this situation. He’s so sinister that there’s almost no way any other suspect would be considered in the real world, which Alibi mimics. The use of stereotypes and standard tropes is understandable – when you’re breaking form in one way, it helps to have something familiar for the audience to hang onto, and if there’s going to be a subversion of some kind in the conclusion, setting up these stereotypes can be a good thing, especially when you’ve got strong enough actors to tie the tropes together into living, breathing, believably ambiguous human beings.

Less understandable, and more troubling, are the more harmful stereotypes deployed in the series. Having the one Pacific Island character in the show be an ex-convict, an alcoholic and a pill addict is one thing, but having the two Maori characters be members of the gang – one the leader and the other an apparent unwilling prospect – is another. Both are incredibly unfortunate when they’re the only representations of these people in the series. Similarly unfortunate is the use of the predatory lesbian stock character, ripped straight out of The Children’s Hour. It’s a murder mystery, so the audience is hardly going in expecting everybody, or anybody, to be a saint, but there’s only so much room for humanity to be injected into worn tropes. It sets both the cast and audience up for an uphill battle.

Given the strength of the rest of the series, I’m entirely willing to be proven wrong. They might be setting up a conclusion that says more about our assumptions of people, and our reliance on those assumptions to lead us to dangerous conclusions. But with one episode left, I’m left a bit wary that these stereotypes are going to be subverted to the point where they make a commentary, or if they’re going to be left as proving the audience’s initial assumptions.

Despite this, Alibi is a show worth celebrating. It’s inventive and trying something new, and before it does that, it manages to master genre filmmaking in a way that has somehow evaded New Zealand television before now. It’s thrilling, it’s tight as hell, and compelling enough to make me genuinely excited in actually rewatching and discussing it. I’m not just excited to find out what happens, but to find out what conclusions other people have come to. That’s a rare thing for any television anywhere in the world, and that’s something worth celebrating.

You can watch all six episodes of Alibi on TVNZ on Demand right here.