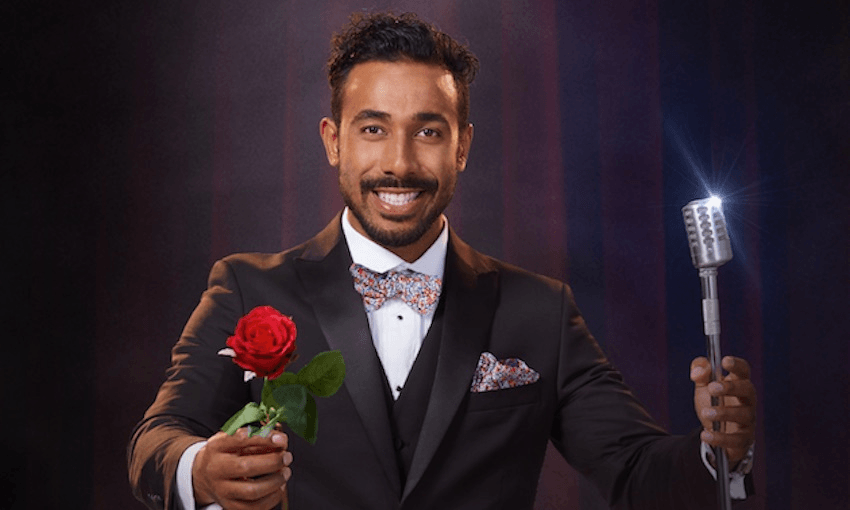 He worked hard, but never could make this season sing (image: supplied)

How shooting at double speed broke The Bachelor

He worked hard, but never could make this season sing (image: supplied)

Two seasons of the famed reality TV franchise just flew by in a few short weeks. Duncan Greive asked what those involved lost in the rush.

Reality TV is something of a paradox – watched by large (albeit shrinking) audiences, and yet as a product somewhat under-scrutinised for evolutions in its form. As a result, comparatively big changes can happen in plain sight without any kind of major signal. Which is what happened this year, when both The Bachelorette and The Bachelor followed a very different path from their previous months-long sprawl.

It wasn’t obvious at first. Aside from pandemic preventing any overseas travel, The Bachelorette seemed familiar enough, and was notable for an extremely committed and passionate performance by the bachelorette, Lexi Brown. It seemed to pick up speed as it went along, then raised eyebrows by ending after just 12 episodes, with her finding love in the arms of Northland lad Hamish Boyt (they appear to be very happy).

At the same time, the network revealed a shock twist: The Bachelor, previously on a long hiatus, would start in the same time slot, immediately following the conclusion of The Bachelorette. Even more exciting, it would star Moses Mackay, the very handsome and talented baritone in the phenomenally successful opera trio Sol3 Mio.

This was a major coup. The Bachelor franchise is nearly two decades old, and for years relied on the conceit of a regular person trying to find love among a brood of members of the opposite sex. It was not unproblematic – most casts have struggled for diversity; the whole conceit is clearly heteronormative and rife with potential for emotional harm. Still, it’s a lot of fun to watch, and can be practised in a controlled way which leads to genuine connections, as with The Bachelor season one couple Matilda Rice and Art Green, the latter of whom now hosts the show.

Mackay would be the first celebrity bachelor in New Zealand, and New Zealand’s first Pasifika lead on the show, a real breakthrough in representation for a franchise which has long failed in this area internationally. Yet he also represented something of a paradox as a celebrity: Sol3 Mio pack out shows to tens of thousands when they tour, but the demographic is very specific and, to be frank, often well into its 80s and beyond. As a result none of the bachelorettes knew who he was. That shouldn’t have been an issue, because Mackay is kind, charming, gentle and (I cannot stress this enough) extremely good looking. But there was an air of restraint about him – a sense that he was keeping the women at some distance, as if they were fans at a meet and greet, not potential life partners.

In any ordinary series of The Bachelor, this would have been surmountable with time and production effort. But time seemed to be the one commodity this show didn’t have. We wrap up tonight just 30 days after the series debuted, having completed two seasons of a show in the same time and fewer total episodes than a single season of The Bachelorette last year.

This has been not just palpable, but also discussed on screen – deep into the show, one of the contestants talked about having only known Mackay for “two weeks”. Samantha, star of several episodes and someone who appeared in almost half the episodes, said she was on set for just eight days.

This helps explain a show that has at times felt like it was melting down before our eyes due to the pace at which it’s being shot, and the impossibility of genuine connection at that speed. Four separate contestants have eliminated themselves – an extremely rare act within the confines of the show to happen at all, let alone over and over. Mackay has been confronted tearfully multiple times by women who beseeched him to take them on anything resembling a date, to make a meaningful attempt to spend time with them. And he waited until the show was nearly over before he pashed someone.

This last part might seem prurient – relationships develop at their own pace, different cultures have different attitudes toward relationships and public affection, and consent really, really matters. Yet the voiceover was constantly saying what the viewer was naturally thinking, and there were multiple situations which clearly ached for some physical signal of affection, which all devolved into some kind of friendly nuzzle. Within the context of the show, which is normally somewhere between 5-10% smooching, it was a clear sign something was off-script.

The emotional devastation, interestingly, only rarely seemed centred on Mackay himself. When the women left, they mostly seemed to do so on good terms with him. There was also very little conflict between them – they functioned more like a support network for one another than competitors in a game. As a result, it feels like a more appropriate villain would be the production itself. In trying to rush through the making of the show, they disrespected its premise.

Because as much as it’s about entertainment for those watching, it only fulfils that task if those involved genuinely feel like they’re really all there to find love, and placed in a situation where it might be possible.

It’s the last part they missed on. Everyone on screen seems like they applied for a very different show. That they went through the wrenching experience of going on-screen in a very vulnerable position. Talking about the loss of partners and siblings, revealing their hopes and fears. And that the shooting schedule treated all that with cynicism, sucked it out without ever allowing them to develop feelings. The Bachelor is not like Survivor or The Apprentice. If you change the schedule, you break hearts.

It seems telling that Mackay’s previous engagement with reality TV was on Celebrity Treasure Island, a good-natured, low-stakes and inherently silly production. He looked like he had a lot of fun in Fiji, and perhaps had not watched much of The Bachelor going in – or not properly considered what it would feel like to carry the weight of all this emotion.

This season has been partially saved by a closing week featuring the two women he seemed to have genuine feelings for throughout. Tonight’s finale is somehow brilliant, perhaps the best in the series’ local history. But it came too late to save a limp and tense season. The fact of the first Pasifika bachelor, with all the potential for cultural revelation to middle New Zealand that contained, has barely been scratched. Instead, both the lead and other on-screen talent appear to have been left scarred by the experience. As a whole, it’s been a long way from love, and leaves the strong impression of a season which was not there for the right reasons.

Hear Duncan Greive and Jane Yee recap the final week of The Bachelor NZ on The Real Pod. Subscribe on Apple Podcasts, Spotify or your favourite podcast provider.