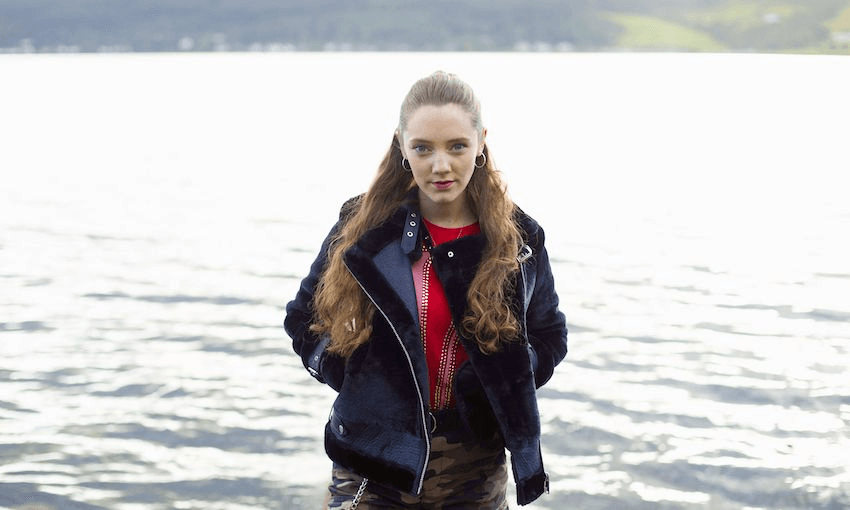 Home sweet home: The rise of the dark family drama

You can’t choose your family, but you can choose your drama. Tara Ward rounds up the five best family dramas on TVNZ OnDemand.

However weird your own family might be, there’s a strange comfort in knowing there’s always one on TV that’s much, much worse. Whether it’s a grieving wife discovering her husband has three secret wives on Mrs Wilson, an insecure son realising his father is a manipulative bully in Mother Father Son, or a family trying to hide a troubled marriage in Deadwater Fell, the endless trials and tribulations of domestic life make for gripping television drama.

That’s certainly the case in TVNZ OnDemand’s new show The Nest, an emotional thriller about one couple’s attempts to create a family and their relationship with the troubled young surrogate they invite into their lives. Family is central to everything in The Nest, and this dark, layered drama asks how far someone will go to get the perfect life, while also questioning the ethics and morals of buying a baby from a stranger.

Dan (Martin Compson, Line of Duty) and Emily (Sophie Rundle, every good British drama you’ve ever seen) Docherty are a wealthy husband and wife who have struggled with infertility for years. Businessman Dan owns “half of Glasgow” and Emily is a successful music teacher, and together they have every comfort money can buy. They live in a stunning home by the sea, build football stadiums, and attend black-tie dinners. But they can’t buy the one thing they really want: a baby.

When teenager Kaya (Mirren Mack) stumbles into their lives, Dan and Emily are presented with an opportunity they can’t refuse. Kaya offers to carry a baby for the Docherty’s in return for a hefty payment because the Glasgow Kaya lives in is the opposite to Dan and Emily’s. Having just turned 18, Kaya was released from state care to live alone in a council estate, and with no family and little support she hopes Dan and Emily’s cash will buy her a new beginning.

On paper, it’s the perfect solution. Dan and Emily get their longed-for baby while Kaya strikes it rich. The Docherty’s have one embryo left, and their future rests with a stranger that Emily accidentally hit with her Range Rover one night. Was meeting Kaya serendipitous, or just an opportunistic teenager chancing her luck with a desperate couple?

The Nest is a compelling drama spun on a web of secrets and lies, but it’s not alone. Here are some other dark dramas that take the twists and turns of dysfunctional family life and turn them into captivating television.

Deadwater Fell has definite Scottish Broadchurch vibes, being set in a sleepy rural community turned upside down by tragedy and starring David Tennant. Tennant plays Dr Tom Kendrick, a well-respected village GP and sole survivor of a mysterious event that kills his family. As an investigation into the murders begins, nothing in the community is as it seems while the Kendricks have more secrets than you can shake a hot haggis at.

The Secrets She Keeps

A random meeting in a supermarket kickstarts this Australian psychological thriller about the unlikely friendship between two pregnant women. Meghan is an Instagram star with beautiful children and a perfect home, while loner Agatha hopes a baby will give her the life she dreams of. Agatha wants everything Meghan has, but how will she get it? The Secrets She Keeps is a dark thriller about obsession and jealousy, and reminds us that you never really know the truth about someone’s life

Imagine your husband dies suddenly and after his death, you discover he was secretly married to three other women. Mind. Blown. But this is exactly what happens in Mrs Wilson when Alison (Ruth Wilson) learns her beloved husband Alec (Iain Glen) was actually a lying dirtbag with several other Mrs Wilsons stashed throughout England. Even more shocking is that Mrs Wilson is inspired by true events with Ruth Wilson playing her own grandmother in the title role.

The Split is a sleek and sharp-witted drama that follows the lives of the Defoe women in all their messy, complicated glory. High profile divorce lawyer Hannah (Nicola Walker) annoys her entire family when she ditches the family firm to join a rival company and then meets her estranged father who deserted the family 30 years earlier. The Defoes might be experts at sorting out their client’s lives, but their own lives are a hot mess.

Richard Gere returns to the small screen to play Max Finch, a ruthless media mogul who pulls all the strings in British politics. His son Caden is set to take over the family business, but when Caden suffers a breakdown, Max must reunite with ex-wife Kathryn (Helen McCrory) to protect his son. Caden knows all of Max’s secrets, Kathryn has a major grudge against her ex, and Max is desperate to prevent his empire from falling apart. Basically, they’ve all got a lot on their plate, and the crap’s about to hit the fan.