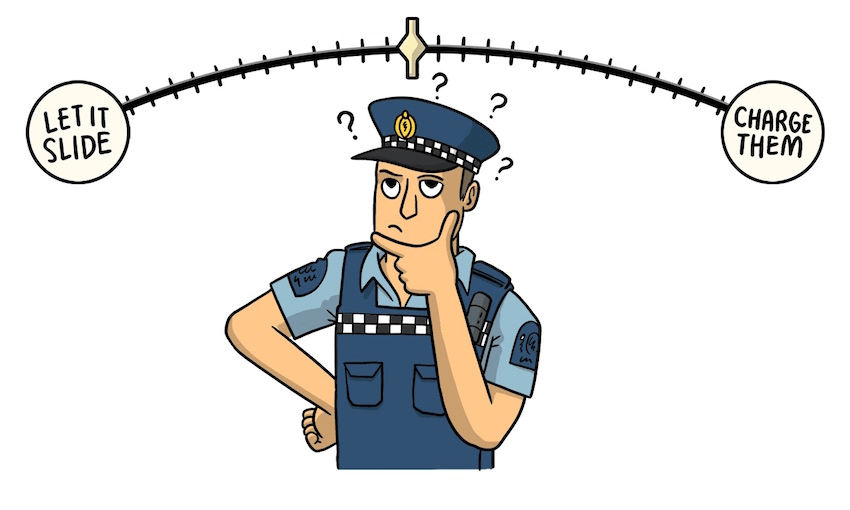 Why our cannabis laws are racist

Summer reissue: In October, New Zealand voted against legalising cannabis in a non-binding referendum. Law expert Khylee Quince explains how racism plays a big part in the way current cannabis laws are applied – and why it’s time for reform.

First published 9 September, 2020. Independent journalism depends on you. Help us stay curious in 2021. The Spinoff’s journalism is funded by its members – click here to learn more about how you can support us from as little as $1.

On October 17, New Zealanders will vote on whether they think recreational use of cannabis should be legal. It’s a non-binding referendum, which means that even if more than 50% of us vote “yes”, parliament will still need to vote to pass the bill before it becomes law.

There’s been a lot of discussion about the way we use alcohol compared to cannabis – how, despite the different laws governing their use, booze and weed are both relatively affordable, available and easy to get.

Is cannabis illegal in NZ?

Yes, under the Misuse of Drugs Act 1975. Under this law, it is illegal to grow, smoke, possess or sell cannabis in any amount or form. The only legal exception is the medicinal cannabis scheme, which is designed to improve access to quality medicinal cannabis products for patients.

But almost everyone I know has used cannabis before.

Exactly. Most New Zealanders have used it and are able to access it even though it’s technically illegal. Even if you’re convicted for using cannabis, almost everyone goes back to using cannabis at the same rate as before they were found guilty.

So, what makes cannabis laws racist?

For more than 20 years, the police have pretty much turned a blind eye to low-level cannabis use and possession. Most people found with a small amount of cannabis are not charged, convicted or punished. So, cannabis is decriminalised in practice, if not in law.

What’s the problem, then?

The problem is that police don’t always use the same approach for all cannabis users. This is where issues of racism and discrimination come in.

What evidence is there to show this is a thing?

Even though Māori and non-Māori use cannabis at similar rates, Māori are three times more likely to be arrested and convicted for cannabis use than non-Māori.

So what? Shouldn’t everyone who does the crime serve the time?

Because the arrest and conviction rates are different for Māori and non-Māori, there are more long-term negative impacts for Māori than for non-Māori. These include greater disruption to education, employment, opportunities to travel and even access to healthcare.

Are you saying there are Treaty of Waitangi issues to think about when it comes to cannabis?

Yes. The Cannabis Legalisation and Control Bill acknowledges the disproportionate harms suffered by Māori from prohibition and aims to address discrimination and equity concerns. For example, allowing people to grow some cannabis at home will alleviate cost concerns about the prohibitive cost of legal medicinal cannabis. The bill also provides the opportunity for persons with low-level convictions for possession and use to enter a legalised market.

If the bill passes, how can we be sure that cannabis reforms will be any fairer for Māori?

The Cannabis Legalisation and Control Bill acknowledges the Tiriti o Waitangi partnership by making sure the Cannabis Advisory Committee includes Māori representatives to provide advice and guidance on future cannabis policy and regulation.

What is the difference between decriminalisation and legalisation?

Decriminalisation is the halfway house between unlawful and lawful. The drug remains technically illegal, but police are explicitly empowered to not prosecute, unless it is in the public interest. Instead of prosecution, they can refer people to health interventions if needed. It’s a murky space, which makes it really hard to identify and prove that things like abuse of power and discrimination are happening – because we don’t know who the police have let go, only those they have proceeded against.

How will legalisation help?

If the current cannabis laws are reformed, recreational users won’t be charged, convicted or imprisoned for use or possession. Police won’t be able to use suspicion of cannabis use or possession to justify wider search, seizure or surveillance activities. Legalising cannabis for personal use for over-20s will eliminate the racism that comes with enforcing cannabis prohibition. In other words, cannabis law reform will help ensure all cannabis users have fair outcomes in health, education and justice.

In the latest episode of Conversations that Count – Ngā Kōrero Whai Take, The Spinoff’s Leonie Hayden is joined by Massey University Associate Professor Chris Wilkins and Selah Hart, CEO of Hāpai te Hauora for an in-depth look at New Zealand’s upcoming cannabis referendum. Listen below or subscribe wherever you usually listen to podcasts.