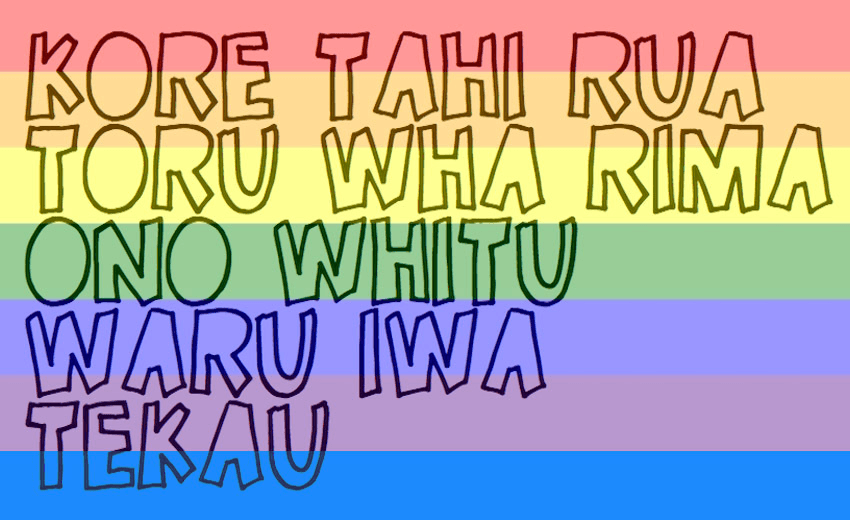 Te reo Māori is a taonga and the government of this country is compelled under the Treaty of Waitangi to protect it. So how do the campaign policies of our political parties stack up?

As a result of those findings, and many decades of activism and agitation by Māori advocates, te reo Māori was made an “official” language of New Zealand in 1987 and an accepted language in our courts of law (albeit with the added step of having to fill out a “notice of intention to speak Māori”) and schools. There are 306 Māori medium schools and 450 kōhanga reo in Aotearoa but te reo Māori remains an optional subject in the mainstream school system.

This week is Te Wiki o te Reo and we’re a month away from the general election. It’s the one week of the year agencies, professional services, media and government pay particular attention to the reo, so what are our leaders doing to protect this taonga today?

Unsurprisingly, the Māori Party has the most comprehensive policy, which includes officially changing the country’s name to Aotearoa. It also wants all Pākehā place names to be replaced with their original names by 2026.

The party would invest $50 million into the establishment of a Māori Standards Authority – an independent entity whose role would be to audit public service departments against cultural competency standards, including the monitoring and auditing of language plans. It’d double funding to Te Mātāwai, the organisation charged with the revitalisation of te reo Māori, to $28 million, and invest $40 million for early childhood to secondary school teachers to develop their reo, and invest $20 million into the development of te reo Māori resources (for comparison, that’s less than half of what the government has spent so far on PPE during the Covid crisis).

Māori Party co-leader Debbie Ngarewa Packer says the majority of tamariki Māori are in mainstream education and many aren’t able to learn their own reo. “We need to commit to a strategy of working towards te reo Māori in all schools by training more teachers and staggering the rollout. We also need to properly resource and support kaupapa Māori education on the frontline.”

According to the last census, about 185,000 New Zealanders can have a basic conversation in te reo Māori. The government has set a target of a million speakers of basic te reo and 150,000 proficient speakers by 2040. Labour’s Te Ahu o te Reo strategy to train teachers, school management and support staff over a 17 week Māori language program was launched in May last year. Focusing on the “priority” regions Waikato, Taranaki-Whanganui, Kāpiti-Horowhenua and Te Waipounamu, it now has about 1,000 graduates. A nationwide rollout of the programme is supposed to be implemented in 2021.

Heading into the election, Labour’s campaign policies are a continuation of this strategy from 2019, which included a funding increase for kōhanga reo in this year’s budget. Labour hasn’t committed to the language as a compulsory subject in schools, rather that it be “integrated” into early childhood and schools by 2025.

Labour’s MP for Tāmaki Makaurau, Peeni Henare, says he has mixed feelings about compulsory te reo Māori. “I’m a kohanga reo baby so I’m fluent in te reo and obviously I encourage people to learn to kōrero. But I think there’s a risk in people only learning the language for academic reasons, without understanding te ao Māori alongside it.”

“The question I have for our whānau is: are we prepared to give our taonga to everybody?”

“I think there’s still much to be done before we can successfully make that work in practice,” he says.

The Green Party has been pro-compulsion for a long time (although there was nothing about it in its confidence and supply agreement with Labour) and wants to roll out te reo Māori as a core curriculum subject through to year 10. It’ll also look to increase funding for kura kaupapa, kohanga reo, and mainstream te reo immersion and bilingual classrooms, including funding for professional support of Māori medium teachers and teacher scholarships.

Greens co-leader Marama Davidson says it worked with kaiako Māori, te reo revitalisation experts and the education sector to develop a plan for how it could be implemented.

“I want to see it rolled out in full next term. Our tamariki and mokupuna deserve to grow up with their reo, whichever school they go to,” she says.

Currently, the Green Party is calling on Labour to “include te reo courses in the Targeted Training and Apprenticeships scheme”.

The National Party’s campaign policies are a continuation of its “second language” education policy announced in 2017 that placed te reo Māori alongside Mandarin, French, Spanish, Japanese and Korean as “priority languages” children should have the option of learning. They also plan to “continue” to support Māori-medium education through funding for kōhanga reo, kura kaupapa and kura reorua (bilingual and Māori language immersion classes in mainstream schools). They want to provide parents with an additional $3,000 in individualised funding to spend on services during the first 1,000 days of a child’s life which can be used toward kōhanga reo.

NZ First hasn’t announced any policies regarding te reo Māori education, although party leader Winston Peters came out against compulsion in 2018. In the past, the party has committed to training more te reo Māori teachers to meet demand for making the subject universally available.

Of the minor parties, The Opportunities Party has the most progressive policies and support compulsory teaching of te reo in all schools. “The unconscious bias and institutionalised racism prevalent across NZ must firstly be overcome within the education system. Educationalists and political reformers have failed to address the needs of whānau Māori and all tāngata of Aotearoa. Alternative solutions to mainstream schooling are needed.”

To compare party policies and candidates on this subject and more, check out Policy, your complete guide to Election 2020.