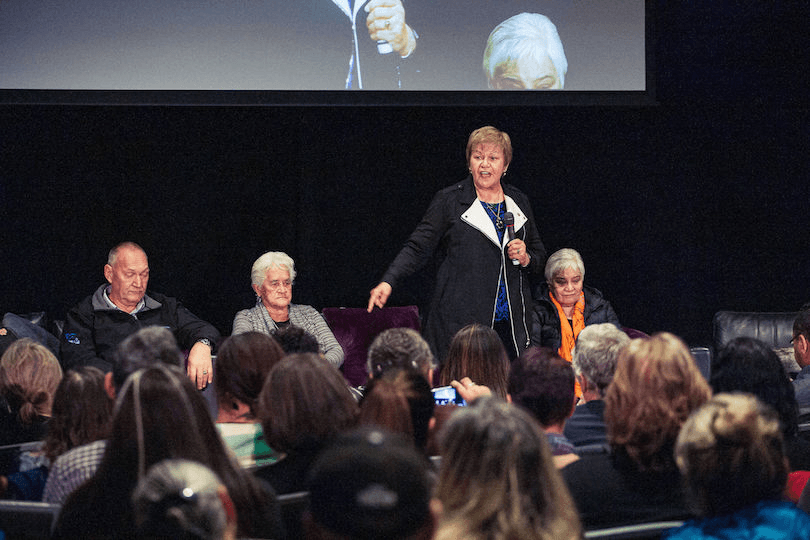 A group of Māori leaders have made an urgent Waitangi Tribunal claim on behalf of the Whānau Ora Commissioning Agency, and issued a biting rebuke to Jacinda Ardern and Peeni Henare.

What’s this ‘no confidence’ about, then?

The claim states that the government hasn’t delivered on its promises since it devolved funding for Whānau Ora from a state-run model to a commissioning model in 2014. As a result, it says, Whānau Ora has been undermined and Māori have not been able to exercise decision-making responsibility, as is their right under the Treaty of Waitangi.

They’re furious, they said, that the prime minister, Jacinda Ardern, failed to respond to a letter sent to her in November, and they’re out of patience with Peeni Henare, the Whānau Ora minister.

Launched in 2010, Whānau Ora is an initiative designed by then co-leader of the Māori Party Tariana Turia. It is a kaupapa Māori led, holistic framework for Māori health that focuses on the whānau as a whole, and addresses individual needs within the context of the whānau. Whānau are empowered to set their own goals and drive their own lifestyle changes.

From 2010 to 2014 Whānau Ora was led by Te Puni Kōkiri, with support from the Ministry of Health, and the Ministry of Social Development. This model meant the state still set the terms for what was supposed to represent Māori self-determination.

Despite hugely positive outcomes, there was no increase in the 2018 budget for Whānau Ora, instead the Labour government ordered an independent review. The review found that Whānau Ora, as delivered in through a commissioning approach, has resulted in positive change for a large number of whānau and needed further investment.

In the 2019 “Wellness Budget” Whānau Ora received a boost of $80 million over four years.

Isn’t that quite a lot of money?

What was that letter to the prime minister about?

In November, the claimants sent a letter to Jacinda Ardern forewarning legal action.

“We have endeavoured to understand the policy position of your government and have met on a number of occasions with the minister of Whānau Ora, in an attempt to understand your approach to the Whānau Ora Policy framework that has been deployed by us over the last five years,” it read.

The group said they received no acknowledgement that the letter had been received, and questioned Ardern’s commitment to being “held to account” for crown-Māori relations.

How did the government respond?

The minister concerned, Peeni Henare, told media he was surprised by the claim to the Waitangi Tribunal. He said the letter had been forwarded to his office, and they were currently going through the issues it raised.

Henare told NZME he suspected the claim was “politicised somewhat given the names of the claimants, given their rhetoric around Whānau Ora as though they are trying to protect something because it was a kaupapa started by the Māori Party”.

He reiterated the suggestion that it was related to an attempt to revitalise the Māori Party on RNZ Checkpoint. “Obviously it’s an election year, every issue is important to our people in an election year. I question the motivations, most definitely,” he said.

WOCA chair Merepeka Raukawa-Tait rejected the suggestion. “I believe the minister is being short-sighted,” she said. These women, these Māori leaders, they know this area of work. They’ve been in this space for such a long time, so they know that they’re hauling Whānau Ora back into government agencies will have no long-term benefit for Māori. “I think if anyone’s being political, it’s actually the minister.”