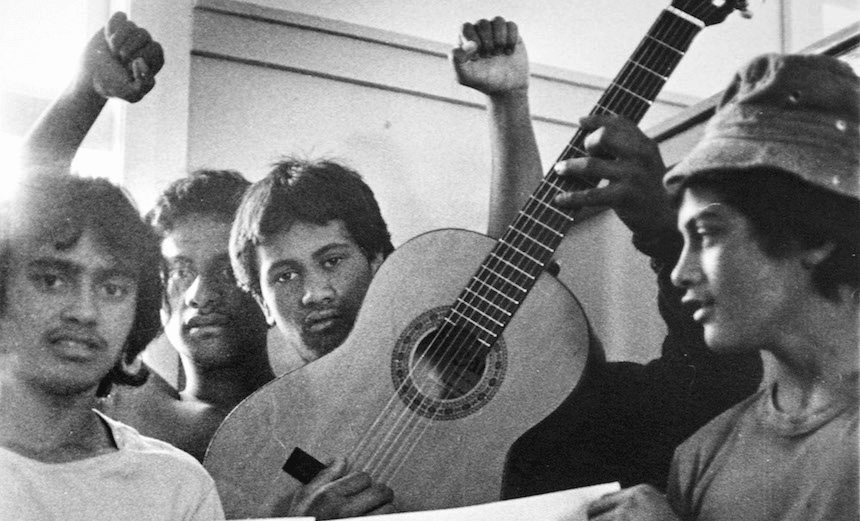 A perpetrator can’t be a saviour: the state abuse historic claims system must go

Opinion: The announcement of a Royal Commission of Inquiry into the abuse of children in state care has been met with praise and relief, but survivors may be worse off if the historic claims unit within the Ministry of Social Development is allowed to continue.

The announcement of a Royal Commission of Inquiry into abuse of wards of the state is a step in the right direction. However, the retention of the historic claims unit within the Ministry of Social Development is a serious mistake. They are retaining a unit that has already done a lot of damage in terms of revictimising and trying to discredit survivors through the compensation process.

It has the potential to undermine the Royal Commission itself.

From the moment I first started researching this story, I’ve had a twin focus. Firstly, to find out what actually happened to wards of the state sent to places such as Kohitere, Epuni and Lake Alice, and secondly to find out what happened in the institutions of authority that failed those individuals – the response of successive governments to those individuals when they became adults and tried to confront their abusers.

One is about the past. The second is very much about the present and the future.

I wrote that the new Labour-led government has responded well to the first question and given us a credible solution, but I’ve since come to the conclusion it has not sufficiently addressed the second. Although the government has said it will keep an open mind around what the Royal Commission recommends, claims currently before MSD will continue to be processed even while the Royal Commission is sitting.

The current historic claims process, which is run by MSD, was described to me by one survivor, Keith Wiffin, as “contemptuous” towards victims seeking redress.

As many survivors can attest, MSD’s claims process is not only flawed but adds further trauma. The fact that victims have to deal with the very department that is the successor to the institutions that abused them in the first place is like asking a victim of rape to seek justice from their rapist. The perpetrator is effectively put in a position of judging its own behaviour and deciding on the consequences.

The state gets to decide what allegations it will accept; it holds the documents that might provide evidence of those allegations and also gets to redact those documents if it sees fit. It can dismiss the allegations, effectively calling victims liars and forcing them down a path of litigation in a hostile court environment. If it does make a financial offer of compensation, the amount is determined by calculations that don’t align with overseas standards.

The perpetrator cannot be the saviour.

The whole purpose of an independent inquiry was for the process to be untethered to the state in every way.

When questioned on this subject at the announcement, Ardern stated that if the Royal Commission recommends looking at it, then the government would consider such a recommendation. It could be (and many are hoping) that the Royal Commission takes over the claims process sooner rather than later. If the chair, Sir Anand Satyanand, makes a strong enough recommendation in that direction that could be the case. He is already hearing from a number of people in the consultation phase that the claims unit is flawed. It will depend how much evidence he needs before he comes to the same conclusion.

But it’s not as if the prime minister isn’t aware of this. Wiffen has told her and others in Labour, as have a number of survivors and their advocates. Judge Carolyn Henwood, the Human Rights Commission, and the UN have also voiced criticism. Why do survivors need to waste their breath telling the Commission again so it can pass on the message to the government? The message has already been stated loud and clear.

Practically speaking, many survivors have poor health, both mental and physical. Many won’t survive to see the end of the Royal Commission’s term, which could well be extended beyond the currently planned three years. Although they may feel some validation that their experience is finally being heard, they also have more immediate concerns, like redress.

No amount of money can ever make up for stolen childhoods and the loss of potential that abuse in state care has caused. Money can’t buy justice. But there could be a number of measures taken to provide services to victims and their families to alleviate some of the suffering and negative consequences of their neglect and abuse by the state. This should be quite separate from the current agencies and systems that have already failed. That failure is what led to this inquiry in the first place – it’s farcical that it be allowed to continue now that we have an inquiry. More to the point, it ignores the wishes of survivors.

Another flaw is the timeframe – currently the period covered by the Royal Commission’s mandate is from 1950 to 1999.

Again, this leaves out the failings of recent governments and even the current one. Helen Clark is revered in Labour circles and is still is a mentor to Ardern herself. But a major concern is that that the Commission will not scrutinise the decisions and actions of the Clark government who, with Annette King, betrayed the victims of Lake Alice with a shonky settlement and then failed to investigate and hold anyone accountable. It was a missed opportunity nearly 20 years ago.

But that wasn’t just about Lake Alice – it was a response to the known liability that existed for the abuse that occurred in other institutions. That response was a textbook case of arse-covering. That arse-covering was highly sophisticated, not to mention costly.

Clark’s government set in motion a policy approach and legal strategy that has continued to fail victims and their families right through to the present.

Lawyer Sonja Cooper, who represents hundreds of victims of state abuse, has new clients that are in their teens – born after 1999.

The Royal Commission can expect some harsh criticism, suspicion and even hostility as it begins its work. Survivors have a deep-seated distrust of anything the state does, and for good reasons. They want accountability not only for what happened to them but for the protection of present and future generations.

Victims want to see change, not be offered a box of tissues. Without a robust and fair redress system independent of the MSD, the Royal Commission could leave victims in a worse state… which is saying something.

Words are cheap. If the state and the new government are sincere they will have to prove their intentions with changed attitudes and actions.

By announcing a Royal Commission while retaining a system that is a major part of the failure and leaving out government decisions since 1999, the government has said to survivors; ‘Let’s do this, but let’s not do that’.