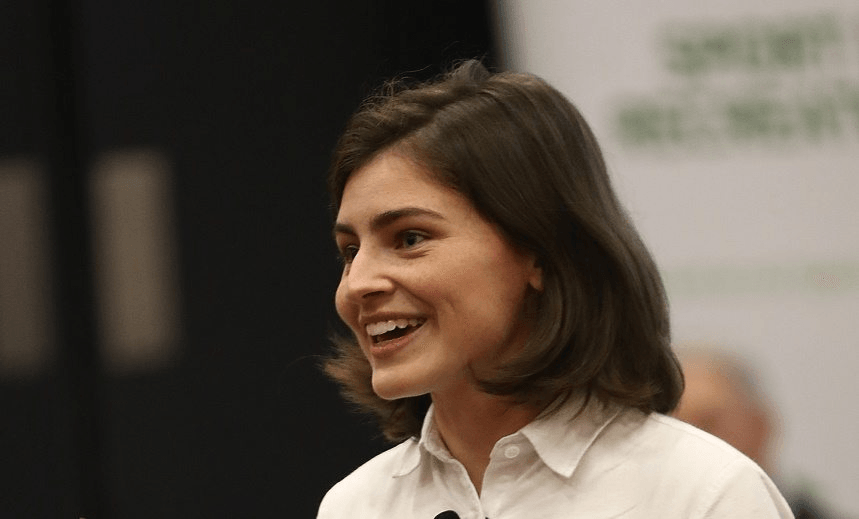 Hayden Donnell identified the people who did well, and the ones who got massively owned, in the Auckland local elections.

Chlöe Swarbrick, whose campaign cost roughly the same as the Goff campaign’s cheese budget, came third with nearly 27,000 votes. Despite being a complete political novice, Swarbrick beat out John Palino, who got 108,000 votes last election, and wiped the floor with tragic election hoarding revolutionary Mark Thomas, famed hat-wearer Penny Bright, and Ravenclaw member David Hay. Imagine what she could’ve done if she’d received more early media coverage, or been armed with more than $11.30 and a half-eaten pack of Squiggles.

Swarbrick sounded disappointed at her post-election party. That’s kinda understandable, but her campaign was a breath of fresh air in the squalid swamp of local government politics. It provided a megaphone for a host of good ideas, and further beat back the forces of change-allergic whingers. More than that, it was a middle-finger to every voting campaign dreamed up by dreary comms and marketing people. Swarbrick showed the key to getting unengaged people to vote isn’t doing more memes or patronising them with videos of corny celebrities talking about why democracy is cool. It’s more to do with putting out actual policy and talking to people like human beings, rather than lobotomised morons from the Planet Youth.

The big banks, the corporates and the Lunatic Plan

The North Shore, an area Murray McCully has ruled for decades from a stone throne inside a Mairangi Bay sea cave, is turning out to be a surprisingly progressive force in local government.

Despite being extremely conservative in general elections, the Shore looks like it may return two encouraging, liberal-ish voices to council. Lovable ferry nerd Chris Darby has romped to victory with more than 18,000 votes, while his running mate Richard Hills is in an incredibly tight race with Grant Gillon, who holds the wildly inaccurate view that the Unitary Plan caused the housing crisis. Whether Hills wins could prove the difference between Goff presiding over a good council and a reasonably fucked one.

But no pressure or anything.

So glad this guy got elected.

Aucklanders, who apparently hate their council to the tune of a 15% satisfaction rate, voted for almost the exact same council as last time. Only two of last term’s crop of councillors got voted out – Penny Webster and Calum Penrose. All the other new additions came due to councillors opting not to stand again. Is it that we’re addicted to misery? Or are things not actually as bad as we think?

The people of Waitemata and Howick

No, we said don’t vote in those guys again.

The people of Auckland

See above, regarding the decisions of the people of Waitemata and Howick.

Why did we vote these two out and not the people referred to in the above entries on Waitemata and Howick?

So new council progressive side:
Sayers for Webster -1
Hills for Wood +1
Simpson for Brewer 0
Collins for Anae 0
Newman for Penrose 0 or-1

I’m sorry, I have to get personal.

My family all live on the North Shore. At a recent lunch they singled me out as an irredeemable loser who knows more than zero things about local government, and asked me to guide them through the gauntlet of disastrous people in their election booklets. I said something like: “I’d vote for Richard Hills, but the main, extremely important thing I’d do, is not vote for Grant Gillon”.

When it came time to fill in his ballot, all my brother remembered was that I’d said Grant Gillon.

At the time of writing, the race on the Shore is too close to call, with Hills just edging out The Big Gill. If Hills wins, Goff will have a clear progressive majority on council. If he loses, we could be in for another three-year battle for sane housing policy. Should that happen, we know who to blame.

How badly did Auckland Future get owned? Let me count the ways.

1. Failed to win any council seats in the National Party stronghold known as “Everywhere North of the Harbour Bridge”.

4. Somehow didn’t win a seat on the Rich People Elephant Graveyard sometimes known by its formal name, the Devonport-Takapuna local board.

5. Fielded a candidate whose husband made a police complaint over a photo a random person posted to Richard Hills’ Facebook page.

The best Auckland Future could say about this election is that Vic Crone didn’t lose as badly as people expected. Their most decisive victory was over my will to live, which was irrecoverably shattered during a late-night Crone press conference early in the campaign.

The War for Auckland

Oh crap, what do we do now?