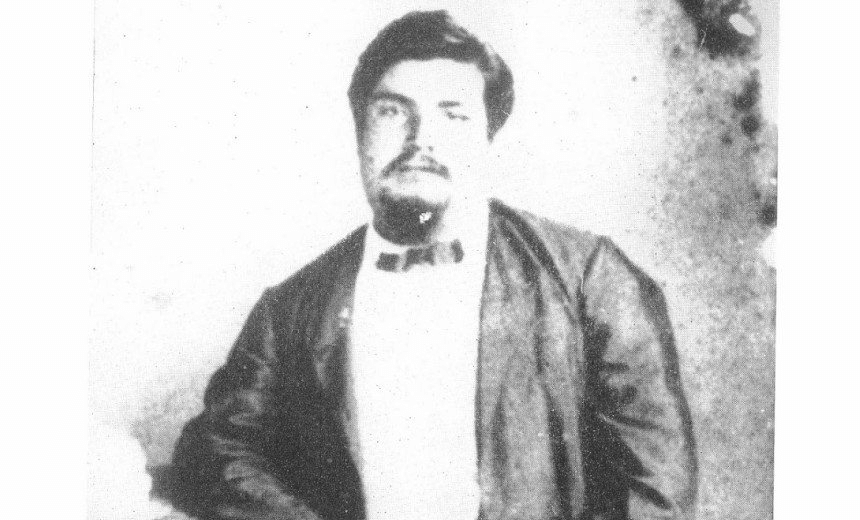 Summer reissue: To catch a blackbird: Michael Field responds to the whitewashing of a Pacific “pirate”

In late August we ran a piece by Joan Druett on her new biography of 19th century sea captain William “Bully” Hayes, who roamed the Pacific and New Zealand. Michael Field was among those who were concerned that it failed to properly address Hayes’s involvement in “blackbirding”; we asked him to write an essay in response to the book.

Few are blessed to get to Tokelau. It has no airport nor a harbour. Its three atolls are two days sailing north of Samoa. The middle atoll, Nukunonu, looks as close to paradise as anything on this planet can be. There are 7000 Tokelauans living in New Zealand and 1400 on the atolls – who have almost double the frequency of the antigen HLA-Bw40 in their blood than anybody else in the world. It’s an odd point of difference that hints at a forgotten tragedy. The frequency is the result of a genetic bottleneck created in 1863 when half of all Tokelauans were stolen, never to return.

Europeans swept across the Pacific in the 19th century looking for cheap labour to work their sugar, cocoa and copra plantations. Ships were sent off to remote islands to grab workers. About 100,000 people were taken, usually coerced, tricked, or straight-out kidnapped; it was a form of migrant labour known as “blackbird catching”.

The trade stopped around 1910 but remains a deeply emotional issue for the people of the Solomon Islands, Vanuatu and New Caledonia. Their forebears were traded into Queensland, Fiji, Peru, and Bolivia, as well as godforsaken guano islands.

An estimated 3600 Polynesians were snatched in 1863. The haul included 253 people from Tokelau – mostly men, and 47 per cent of the population. Three men escaped in Tutuila in Samoa but the rest never returned. They disappeared without trace, lost forever. The Samoan pastor Mata visited Tokelau after the snatching, and wrote, “It is most piteous to witness the grief of these women and children. They are weeping night and day; they do not eat, there is none left to provide food for them or to climb the coconut trees.”

American sea captain William Hayes entered the blackbirding trade after the events in Tokelau. He made good money plundering Pacific peoples from 1866 to 1868. He’s now the subject of The Notorious Captain Hayes, by maritime historian Joan Druett. On the back cover HarperCollins calls it “the first proper biography”. Proper in what way?

The book is a white colonial history. Pacific people are mostly given European applied titles, and are often without names. In the best Boy’s Own tradition, it’s full of “natives”. The thesis of her book is to discover why Hayes was immortalised as a pirate, and to show the man behind the myth. But there are no Pacific Island voices in her story. If Hayes has to be moved from infamous to merely common criminal, it needs the testimony of his victims.

Druett traces the genesis of Hayes’s reputation as a swaggering pirate to a story in the Honolulu Pacific Commercial Advertiser. It went viral, and other papers picked up the story and embellished it. In other words he was a media invention.

Her research is impressive. She’s skilful at finding letters and unpublished manuscripts that enrich the story. Her accounts of Hayes’s shenanigans in the South Island make for good reading, and build her case that he was much less of a bloodthirsty Captain Blood than a colourful flimflam man.

She writes, “Despite the wild tales of his misdeeds and his reputation for stealing ships, cargoes and women, Hayes cannot be called a ‘real’ pirate…As a crook, in fact, he was nothing out of the ordinary.”

But in debunking a myth that few serious students of the region ever took seriously, Druett glosses over a disturbing chapter of colonial history in the Pacific.

“Bully” Hayes has always been a ghost in a world that has been a big part of my life – Samoa and Tokelau. He roamed the Pacific snatching people for two years. He took men from Niue, in 1868, trading their indenture contacts in Tahiti; Druett quotes a contemporary witness saying that Hayes had arrived in Tahiti with “about 150 natives of Savage Island under contract for service.” According to her source, however, no one complained and no one was ill-treated. Druett leaves it at that; not a solitary Niuean is named.

A year later his bodysnatching continued in the Cook Islands, where he took men, women, and children from Manihiki and Pukapuka. They ended up on German plantations in Samoa. When he showed up in Pago Pago, Samoans (who spoke in an “excited chatter”, according to Druett) tried to stop it. A village matai or chief, Mauga Manuma, argued with consular authorities. He had no success and many of the labourers died. As with the Niueans, the author does not offer the Cook Island perspective.

The most harrowing case in the dismal story of “Bully” Hayes is his treatment of a 10-year-old girl from Pingelap in Micronesia. Hayes was accused of raping her so brutally that she was, even years later, unable to walk properly.

Druett writes at length about the incident. But she discredits the account of an Englishman, James Lowther. He spoke of Hayes at Ujelang: “Hayes and his men ‘haunted the bush for the natives’. They captured fifteen, who were thrust on board, and over the following days more were kidnapped, including three women who were distributed among the crew.”

Druett says Lowther’s “hostile testimony is a matter for debate” – but then goes on to say the girl “confirmed the rape six or seven years later”.

The girl was interviewed by the famous, so-called “American dissident”, George Westbrook. He lived in Samoa, and made it his business to record events such as the Spanish influenza epidemic and the killing, by New Zealand police, of Samoan independence protesters. Hayes’s victim told Westbrook she was so badly injured she could not be any man’s wife.

Druett has problems with Westbrook, saying the rape did not occur at Ujelang but on Olosega (once part of Tokelau but surrendered by New Zealand to the United States). And because Lowther wasn’t on Hayes’ brig, Westbrook was merely “reporting gossip”.

Royal Navy commander Arthur Dupuis was ordered to investigate Hayes and his blackbirding. But, writes Druett, he was not “to involve the Royal Navy in the sordid and sensational trial of a paedophile.” She writes of that decision, “Dupuis had no credible witnesses, as he was dealing with white riff-raff, incoherent natives and a very biased missionary.”

It’s as though Druett is fixated on giving her subject a bill of blandness.

The best that can be said about Hayes is that he wasn’t as appalling as other blackbirders. He had no involvement in the Tokelauan tragedy. The myth of Hayes as a pirate was a white colonial construct. By all means knock that parrot off his shoulder, but history should not let him get away as just another conman. He was much worse than that.

The Notorious Captain Hayes: The remarkable true story of the pirate of the Pacific (HarperCollins, $37) by Joan Druett