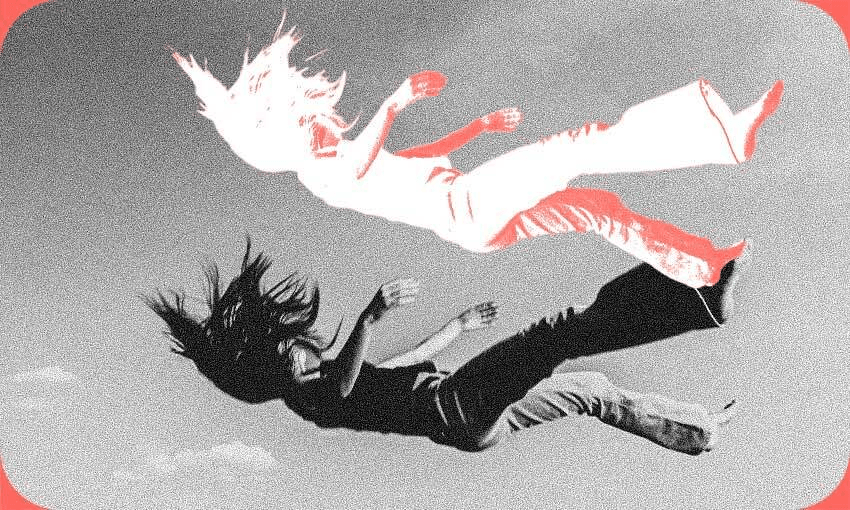 Notes on an Execution: a new kind of novel about serial killers

By Jacqueline Bublitz
Guest writer
Made possible by

Jacqueline Bublitz’s thriller Before You Knew My Name was radical in that it centred the victim, not the man who murdered her. Here, Bublitz reviews a novel with a similarly feminist tenet, by New York literary agent and writer Danya Kukafka.

Ansel Packer has 12 hours to live. Waking on this last day of his life, he has no apparent anxiety about the clock ticking down. Instead, Ansel seems to be nursing a delicious sense of anticipation; he clearly has another sort of countdown in mind. One that involves a manipulated female prison guard, a daring prison break, and the global release of his Theory, five scribbled notebooks containing his deepest thoughts on good, evil, and everything in between. Ansel confidently assumes his manifesto will soon find an eager readership; though he is riddled with self-importance, it’s not hard to see why he might imagine an audience waiting for his work.

Because Ansel Packer is a serial killer of women. That special kind of villain whose terrible crimes never fail to fascinate the public. A man whose actions are so often afforded the kind of attention and complicated awe we generally reserve for celebrities (or lifelong crushes).

I don’t find this cultural obsession with serial killers surprising in any way. The crimes these men – and they are most often men – commit are not only horrific, but they can be incomprehensibly audacious. How did Ted Bundy take two young women from a busy lakefront on the same summer day without being noticed? How was he able to seemingly make a popular college student vanish into thin air when she was just metres from her dorm?* As we learn more about the crimes these killers got away with, often over a period of many years, the temptation is to assign Bundy and his ilk a kind of evil genius, to see them as Machiavellian monsters we can study for clues into the capabilities and failings of humanity.

Much has been made of how women in particular love delving into the dark corners of true crime. Theories abound on why many of us have – à la the popular podcasters Karen Kilgariff and Georgia Hardstark – our favourite murders: we see ourselves in the stories. We are naturally more empathetic (hmmmm). We want to learn how to protect ourselves. Or my personal favourite – for women, true crime just might provide us with an outlet for all our latent rage.

Somehow, that last hypothesis doesn’t feel like a stretch.

Whatever the reasons, and I suspect there are as many entry points as there are ways to be a woman, it is clear Danya Kukafka does not find our ongoing obsession with serial killers surprising, either. In the preface to my advance copy of her second novel, Notes on an Execution, she acknowledges that the contradictions inherent in these murderous men next door can really hold us captive. Importantly, even as she can’t look away, Kukafka refuses to be dazzled. In a line I will think about forever, she sets the tone for this crime novel from the start: Average men become interesting when they start hurting women.

Kukafka’s stated aim is that this book should belong to the women Ansel Packer hurt. Notes on an Execution is not supposed to be his story. The novel is not about him. And yet it begins with him. It has to – he is the centre point, the crescendo in the lives of his victims. Not just the women and girls he murdered, but the ones who survived his carnage: Saffy, the detective who has always known what Ansel is capable of. Lavender, the mother whose choices as a young girl will inevitably be used to explore her son’s choices as a man. And Hazel, the sister-in-law who was equal parts drawn to and repelled by Ansel’s charms (not unlike the dance we occasionally find ourselves in as readers).

Saffy, Lavender, and Hazel appear throughout the novel in alternating chapters that explore their lives and connection to Ansel, both before and after he committed his crimes. If these origin stories are immediately recognisable – the determined foster kid, the victimised young bride who abandons her small son, and the twin who cannot seem to separate from her sister – Kukafka’s gorgeous prose, grounded in a deep understanding of the physical nature of trauma, keeps any potential tropes at bay. For these women, love is a gasp. Jealousy between sisters, a human swamp. Fear is acidic, the truth, swollen. Mysteries turn “cannibal. Devouring themselves until there [is] nothing left but gristle.” Kukafka’s metaphors are evocative but never overbearing, and I have desecrated the pages of my copy with dog-ears and underlinings; as someone obsessed with themes of trauma and survival, and the ways our bodies keep the score, there were times this book felt like a map.

On the surface, Ansel’s own backstory is one we’re also familiar with, and not just through fiction. Abandoned child lost in the system. Maladjusted teenager with no impulse control. An escalating cruelty toward animals, and a slow-burning rage at women who say no. We know this man by now. But, in a novel dedicated to the women who survive him, Ansel’s story is undeniably compelling. Through Kukafka’s use of second person, we are immersed in his experience of the world, even as we try to keep our distance from him. Readers engage with narrative devices in different ways; for me, when second person is done well (see also Maggie in Lisa Taddeo’s Three Women), it feels like the most intimate reading experience. There is an immediacy to the use of “you”, an explicit nod to the act of reading itself. It is an especially smart choice for Ansel when we already know he imagines himself to have something important to say, that he expects us to listen. As the hours tick down to his execution, we can’t help but lean in.

As uncomfortable as it made me, I found myself a little breathless in the moments leading up to Ansel’s attempted escape; perhaps some part of me wanted him to succeed. I even felt a twinge of sadness when the niece he has tried to be a better man for turns him away. Later, awaiting his lethal injection, as Ansel reminds us that the government has paid money for the “glorified table” he will soon be strapped to, my stomach churned. He is sociopathic, he emulates rather than feels what it means to be human, but Kukafka is asking us to not lose our own humanity here. If we are repulsed by Ansel taking lives in such a cold, calculated way, what are we to make of the rules and rituals that lead to a state-sanctioned hour zero for a man who doesn’t want to die?

The novel is not about him. How can it not be about him, when there are entire lives unlived because of his actions? And this is where Kukafka does wrestle back the narrative, handing it over to Ansel’s voiceless victims for good. In a chapter poignantly titled Elsewhere, we get to imagine the lives of the women and girls he murdered, if only they had been left alone. These moments that might have been are both beautiful, and beautifully ordinary. Traveling to other countries. Holding babies. Remembering the eating of an orange in the sun. We see what the man who took their lives could not. That an entire universe was contained within each woman. Life after life to be lived. She was always more than her ending, the worst thing that happened to her. And he will only ever be the worst thing he did.

In this way, the story was never about him at all.

* The two women kidnapped from Lake Sammamish by Ted Bundy in July 1974 were Janice Ott, 23, and Denise Naslund, 19. Eighteen-year-old Georgeann Hawkins was the young woman abducted a month earlier as she walked the short distance from her boyfriend’s dorm building to her own. If we know the name of the man who murdered them, we should know these women’s names, too.

Notes on an Execution, by Danya Kukafka (Orion Publishing, $38) is available from Unity Books Auckland and Wellington.

Bublitz’s novel Before You Knew My Name dipped out on an Ockham longlisting but it has just been nominated for the Dublin Literary Award. Hurrah! The book can be ordered from Unity Books Auckland and Wellington, and you can read a review here.