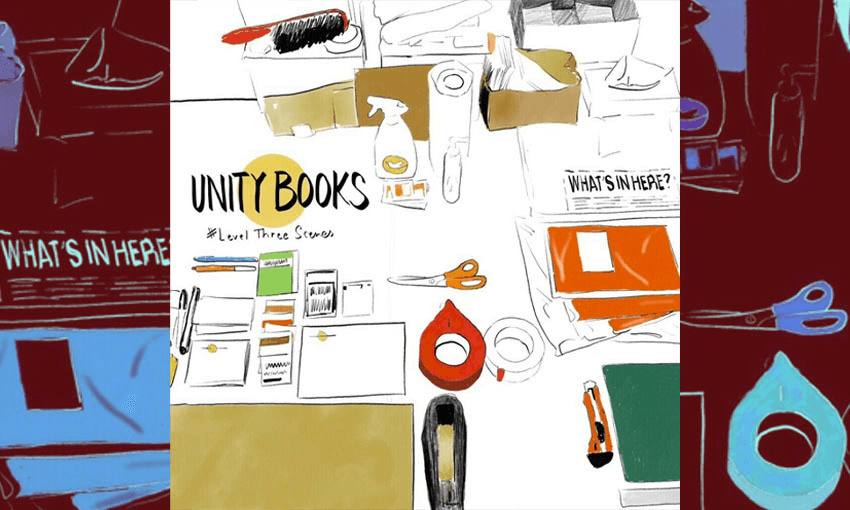 The Unity Books bestseller chart for the week ending May 8

The author, to Vulture: “When I got towards the end, I thought to myself, this is the best of the trilogy... ”

We absolutely and rabidly back Auē to win the country’s biggest fiction prize on Tuesday night.

The Booker-winner creates a narrator who is trying to write the true story of her mother, and in doing so shows us her own. Captivating, lissome, intimate, said The New Yorker.

The true story of a friendship between an Israeli man and a Palestinian man, each of whom is mourning a daughter. Stephen Spielberg has the film rights; this Al Jazeera piece by a Palestinian, Susan Abulhawa, is extremely worth your while.

6  Things I Learned From Falling by Claire Nelson (Hachette, $30)

A New Zealander’s account of lying alone in a California desert for four days after a fall. “Vibrantly physical,” said the Guardian.

“Trust me, getting that Royal Commission did not come easy. It was many years of scandals, building upon scandals, and it was thanks to whistleblowers.

“So, if you [in New Zealand] haven’t had whistleblowers coming forward, you really don’t know what’s going on. What I’m saying is, if you’ve got these scandals going on in the big banks in Australia, and they’ve got subsidiaries in New Zealand, it’s hard to not draw a connection that there are similarities.”

8  Education of an Idealist by Samantha Power (HarperCollins, $37)

A Telegraph reviewer really fucking hated this memoir by Barack Obama’s former ambassador to the United Nations. Overly long, she wrote, maddeningly earnest, remarkably naive, and then a final kiss-off: “Even Obama, she admits, called her sanctimonious. In this, at least, he is not wrong.”

9  Lady in Waiting: My Extraordinary Life in the Shadow of the Crown by Anne Glenconner (Hachette, $35)

“The real art of conversation is not only to say the right thing at the right place, but to leave unsaid the wrong thing at the most tempting moment.”

10 The Silence of the Girls by Pat Barker (Hamish Hamilton, $26)

The Iliad, but not.

From the Guardian: “The narrator of Weather adopts a hapless, helpless stance in the face of the onslaught of modern life. She is Lizzie Benson, a librarian on a university campus, married to a man who once had other ambitions but now works in IT. Their marriage is the subject of more endearing smart observation: “‘I can only imagine what it would be like to be this age and in love,’ I tell Ben. ‘You are in love,’ he corrects me.”

Now a thirsty-as TV show, apparently, which we will very not watch.

Misery and mayhem in Brisbane.

7  Where the Crawdads Sing by Delia Owens (Hachette, $25)

Escape to the marshes, wade through a childhood of neglect and near-starvation, and spend the rest of your life being very brainy and blissfully watching birds and sketching seashells.

Kind of the non-fiction version of the above.

Notably the only local book in the Wellington list; a thickly textured, swampy, sensitive take on post-apocalyptic New Zealand. We reviewed it here and poet Ben Brown wrote the most glorious review of it for Landfall. (We will publish his response to Auē this weekend.)

Winner of the 2019 International Booker Prize.