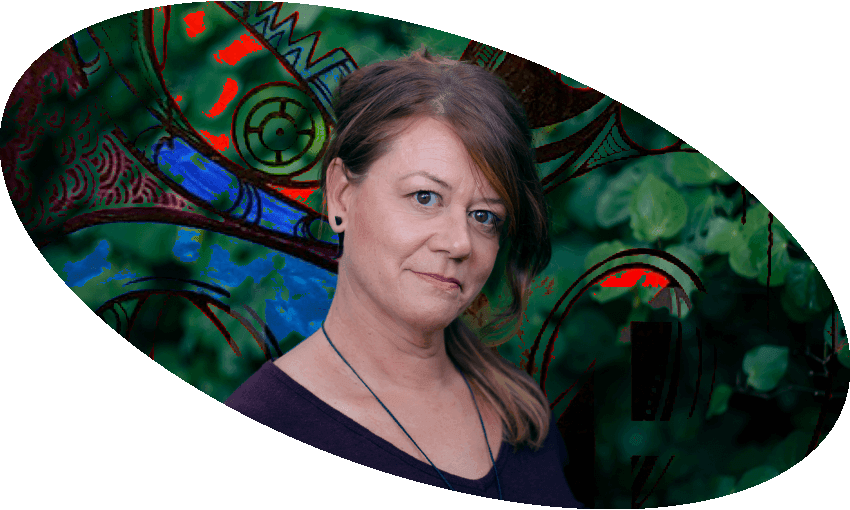 We begin at a bus stop:

Te Hoia knows the concrete wall has already started to boil under the sun. Her denim ass predictably caramelises as she leans against it anyway. She is inattentive and sick of using both knees.

She touches her earrings. Buses involve a lot of waiting. Squinting. Whenever she touches her jewellery it sounds like a cutlery drawer up close.

A debut novel about a Vietnamese woman and her two sons who immigrate to New Orleans, leaving their husband / father behind. It’s already gained the accolade of one of President Obama’s Favourite Books of the Year – which shows real confidence, as it’s only June!

3  How to Be a Bad Muslim and Other Essays by Mohamed Hassan (Penguin, $35)

New Zealand poet and journalist Mohamed Hassan combines narrative, humour, memoir and journalism to describe the experience of being Muslim. National treasure John Campbell said, “Sometimes his writing is gently observational, sometimes sad, sometimes justly angry, but always important, timely and true”, while poet and champion of poets Paula Green says, “Kaleidoscopic in tone, [the essays] sear at both the personal and the political level, and open up the immigrant experience.” We particularly liked the one about his audition for a certain blockbuster pirate movie.

4  A Gentle Radical: The Life of Jeanette Fitzsimons by Gareth Hughes (Allen & Unwin, $40)

New biography of the late Jeanette Fitzsimons, who was co-leader of the Green Party 1995 to 2009. Anissa Ljanta wrote a funny and tender review for The Spinoff: “Thankfully, Gareth Hughes’ A Gentle Radical is no ploddy personal saga. The story of his friend and mentor Jeanette Fitzsimons’ life and work features dollops of parliamentary dysfunction, an epic love story and a supporting cast of quirky and dastardly characters. There are comedic interludes, glimpses into the inner machinations behind historical moments and a dash of scandal – albeit with more compost toilets and lentils than the usual Hollywood offering.”

The newest, quirkiest novel by the author of Motherhood. Want to spend 40 pages reading about a young woman trapped in a leaf? Sheila’s got you.

The hot apple crumble of reading – comforting and feels like home, with a tendency to make you snort with laughter and burn your tongue on its searing smart wit. (We bake comedic apple crumbles with high IQ.)

Get a taste of Reilly in her recent Spinoff essay about New Zealand’s favourite TV show. Obviously, we mean Shortland Street.

A 2021 novel that follows the lives of two women – Marian, an aviator who disappears near New Zealand in an attempt to fly around the globe in 1950, and Hadley, a Hollywood actress who is starring as Marian in a film. The lush writing has been compared to that of many greats: Donna Tartt and Anthony Doerr, plus the Guardian says, “It is rare to read a novel that is as beautifully built as it is elegantly written. Sarah Waters is another writer who combines those gifts, but not many spring to mind; let’s say Barbara Kingsolver, too.”

The newest science fiction novel by the author of Station Eleven, which is now a miniseries starring Mackenzie Davis.

The winner of the 2020 Booker Prize. Read it and weep.

The companion book to Auckland Art Gallery’s sublime 2020-21 exhibition Toi o Tamaki, which tells the story of 70 years of Māori art. It will be right at home on your coffee table.

(We published an excerpt of the introduction by the late Moana Jackson, here.)

Via the publisher: “The memoir of outspoken Wellington GP Carol Shand, who since the early 1960s has spent her life fighting for change in medical, social and legal issues that she considered important: maternity care, access to contraception, abortion law change, and improved response to sexual assault complaints.”

Two of Welly’s bestsellers this week are debut poetry collections from Taraheke | BushLawyer, a new publishing collective of “indigenous women and their allies from Aotearoa and so-called Australia”. All profits from their projects are donated to #landback.

Gildea’s a force and she has been writing for ages – poetry and essays, reviews and fiction – but has until now resisted publishing a book. She dedicates Sedition thusly:

Ki ngā whaea katoa, for all the mothers.

3  Mrs Jewell and the Wreck of the General Grant by Cristina Sanders (The Cuba Press, $37)

New historical fiction, based on the shipwreck at the Auckland Islands in 1866.

The pre-mentioned second poetry collection published by Taraheke|BushLawyer. From the blurb: “Surrender is Michaela Keeble’s remarkable first full-length collection of poems. It responds to the call of indigenous and other radical poets – as well as to the deafening silence in white poetry – to face our colonial past and our increasingly appropriative present. In challenging herself, Michaela’s poems also challenge other white poets, writers and readers to consider the potential for violence in our voices, language choices and poetic positions. When is white poetry transformative? When it goes beyond whiteness as confession and instead dares the reader to sift it, strain it, dig it over.”

Just what the doctor ordered! A laugh.

Dozens of thumbs-up from The Atlantic: “Sublimely funny … Sedaris is back, doing the thing his readers have come to adore: offering up wry, moving, punchy stories about his oddball family … The pieces range widely, following the path of Sedaris’s travels and his eccentric mind, but a through line involves his nonagenarian father … This is one of the more complicated relationships of Sedaris’s life, and he is unflinching as he tries to understand who his enigmatic father was, and how living with him altered the shape of his own existence.”

These Wellingtonians, they love to walk.

One little BWB text to rule them all.

The smaller, cuter, cheaper edition of Elif Shafak’s novel about star-crossed lovers in Cyprus and a watchful fig tree is now available.