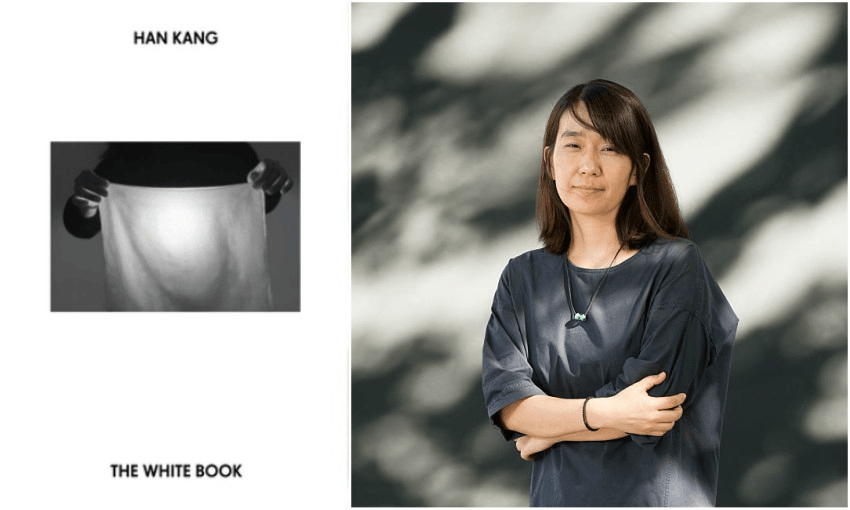 Han Kang won the international Booker Prize for her depressing novel The Vegetarian. Her follow-up, The White Book, is even bleaker, writes Wyoming Paul.

A 22-year-old woman has given birth to a premature baby girl, alone in her house in a remote area, with no way to call either her husband or a doctor. During the birth she sews a white gown for the baby. “Don’t die. For God’s sake don’t die,” she repeats, over and over. The baby lives for two hours, and the gown becomes a funeral shroud.

South Korean writer Han Kang’s new book is an autobiographical novella, written and set during a four-month writing residency in Warsaw. Kang is explicit about the purpose of writing this book: “That the process of writing it would be transformative, would itself transform, into something like white ointment applied to a swelling, like gauze laid over a wound.”

Each short section meditates on a white thing – moon-shaped rice cake, swaddling bands, candle wax, salt, the cloud made by breath in the cold. Some sections are a single paragraph, other pages are left blank, and intimate black and white photographs of some of the objects described are scattered throughout, making the experience akin to that of reading a book of poetry.

Nevertheless, a narrative flows through the images, the core of which surrounds the death of Kang’s sister, who died as an infant years before Kang was born. This narrative is woven through short scenes and memories, in sentence-length snippets that emerge cuttingly amongst the white objects. Han Kang creates sentences that make you shiver. She ends a section describing the silver bodies of a school of fish seen from her uncle’s boat, “He never did see 40: his addiction to alcohol would carry him away in the space of two years.”

The book becomes a place where the narrator’s sister can live an imagined life, walking the streets of Warsaw that the narrator, and that Kang, have walked. The unnamed narrator and her sister seem to both be alive in the streets of the city, and in the pages. She imagines how it would be to have an older sister, someone who would give her hand-me-down clothes and fetch medicine when their mother is unwell, help her with homework.

As the book continues, however, a gentle, nagging confusion occurs; it becomes unclear whether the narrator in each scene is Kang, or Kang’s imagining of her adult sister, living a life in her place.

Kang writes, “This life needed only one of us to live it. If you had lived beyond those first few hours, I would not be living now.” If her sister had lived, Kang may never have been born, and the question seems to be implied, ‘does it matter which of us it is that lived? Could we be interchangeable?’ The blurring of the two women and the overlapping of their lives is the most powerful aspect of the book. In this way, Kang turns a mirror on the accidental and fragile nature of existence.

The world of the book is almost painfully beautiful, while also vulnerable to sudden tragedy and injury; the early deaths of two classmates, the onset of debilitating migraine, the disappearance of an abused dog. Within this world that Kang has created, the narrator is dealing in events of the past that cannot be changed, and alternative futures that cannot happen. It’s through meditating on these untouchable memories and impossible futures that Kang mourns the death of her sister.

Despite the great beauty of the work, and the way that the complex processes of mourning and memory are laid bare, The White Book doesn’t quite reach the deep place of psychic disruption of her Booker winner, The Vegetarian. That book was a brutal read, probing complex and unanswered questions of mental health, sexuality, agency and conformity; her new novel leaves a quieter impression. It resembles one of the beautiful objects that Kang describes. Lovely and clean, an ointment for the wound of loss.