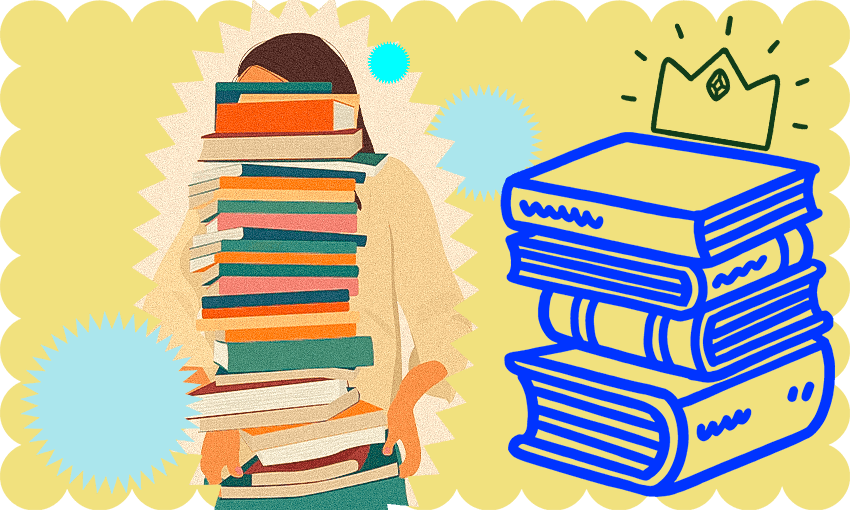 The Unity Books bestseller chart for the week ending April 29

Another week with local memoir Grand on top. Dip your toes in with Noelle’s essay and books editor Catherine Woulfe’s review, then splash head-first into McCarthy’s dark icy waters.

A fraught love story between two young men living in Glasgow’s housing estates, one Catholic and one Protestant. Kirkus Reviews writes that their reader was hesitant to return to the harsh world of Shuggie Bain, but the author “creates characters so vivid, dilemmas so heart-rending, and dialogue so brilliant that the whole thing sucks you in like a vacuum cleaner.”

Is being sucked into a vacuum cleaner a good thing? You decide.

Here’s essa may ranapiri from a stirring review published on this here Spinoff: “Kurangaituku allowed me to see myself within te ao Māori in a way I hadn’t before. Kurangaituku is unambiguously queer and perhaps ambiguously a woman and definitely a story-teller. There are so many scenes across this book that set a fire in me.”

Kura’s rightly shortlisted for the Jann Medlicott Acorn Prize for Fiction and she’s top of our list to win. Just a wee while to wait now: winners of this and other Ockham awards are to be announced May 11.

Ishiguro is the king of skin-tingling fiction, and his newest dystopian novel is no exception.

Now she runs the Wee Bookshop in Fiordland, aka the end of the world. (Content warning for rape and baby loss.)

Shortlisted for the Acorn and the only one that’s really vying with Kurangaituku, in our book.

A bestselling German novel, recently released in English. Filled with omens and superstition, German village life, and the absurdity of death, Munich Mercury says that Leky’s novel “manages something only a few books achieve: it makes you happy.” To be frank, those don’t sound like the ingredients for happiness to us – but then, we’re not German.

Anna Jackson explains how poetry works, with the assistance of 100 great poems.

A third Acorn Prize shortlister has been picked by the readers of Auckland, and of them, Entanglement is perhaps the chewiest. Books editor Catherine Woulfe gave a less-than-rave review: “I was excited about it because it’s published by Mākaro Press, aka the home of Auē and Victory Park, both award-winners and terrific reads. But Entanglement? The best I can say about it is this: very likely it is a book that rewards persistence. I tried five times and could not get past page 99; this year, now, very unfairly, I simply have no more persistence to offer.”

The Ockham judges liked it, though – this is what they said upon shortlisting: “Dazzlingly intelligent and ambitious in scope, Entanglement spans decades and continents, explores the essence of time and delves into topics as complex as quantum physics. But at the heart of Bryan Walpert’s novel is the human psyche and all its intricacies. A writer plagued by two tragedies in his past reflects on where it all went wrong, and his desperation leads him back to Baltimore in 1977. A novel unafraid to ask difficult questions, and a novelist unwilling to patronise his readers.”

Now you just need to decide whether you’re on team Woulfe or team Ockham.

Buy a little book, take a little walk, and fill yourself with new appreciation for your city.

“What a nation or society chooses to remember and forget speaks to its contemporary priorities and sense of identity. Understanding how that process works enables us to better imagine a future with a different, or wider, set of priorities.”

Local writer Jenny Pattrick has released a new novel, based during the settling of Wellington in the 1830s. Three narrators paint a rich picture of the era – a Welsh immigrant and procurer of Māori land, working for Colonel Wakefield; his wife, Martha, travelling by boat to meet her husband; and a woman, Hineroa, who has become a slave to Te Rauparaha after losing her tribe in battle. Local Matters gives the thumbs up: “Jenny Pattrick is deft at creating warm and likeable characters and this, along with the interesting historical narrative, means this novel is a joy to read.”

5  Amongst Our Weapons by Ben Aaronovitch (Gollancz, $38)

The new Rivers of London novel, which The Times lauds as one of the best in the series. The Guardian writes that “Aaronovitch has no peers when it comes to successfully combining the appeal of a down-to-earth police procedural with all-out fantasy: here are real places, real history and real problems complicated by the existence of magic, ancient spirits, fairies, ghosts and talking foxes, all dwelling alongside ordinary, clueless humans.”

This year’s Spinoff Review of Books Award for Blurbology goes unreservedly to AUP for the following:

‘Meat’ is a coming of age in which pony clubs, orphaned lambs and dairy-shed delirium are infused with playful menace and queer longings. Between bottle-fed care and killing-shed floors, the farm is a heady setting for love and death.

In ‘Lovers’, the poet casts a wry eye over romance, from youthful sapphic infatuation to seething beastliness. Sentimental intensity is anchored by an introspective comic streak, in which “the stars are watching us / and boy howdy are they judgmental”.

This collection of queasy hungers offers a feast of explosive mince & cheese pies, accusatory crackling, lab-grown meat and beetroot tempeh burger patties, all washed down with bloody milk or apple-mush moonshine. It teems with sensuous life, from domesticated beasts to the undulating mysteries of eels, as Hawkes explores uneasy relationships with our animals and with each other.

The second-born Rooney. Conversations is launching as a Hulu series in mid-May, so we might see it lurking around the bestsellers for a while – prepare for weeks of droll commentary.