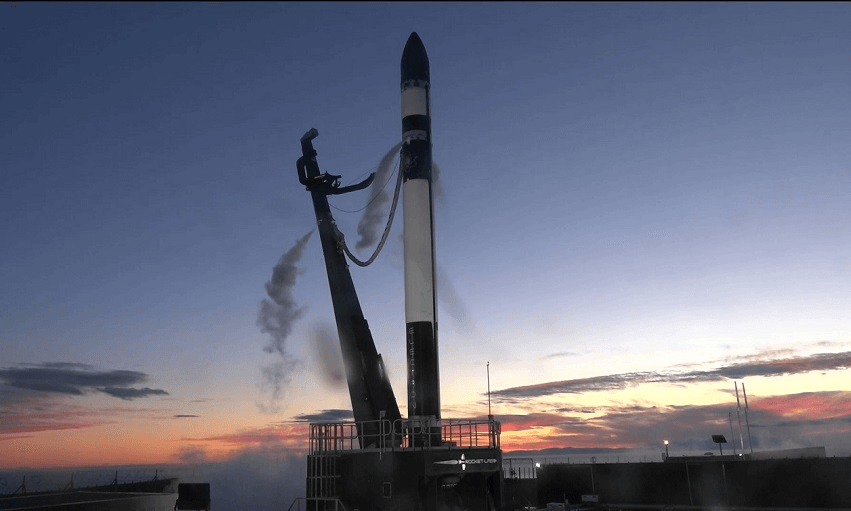 A satellite on board Rocket Lab’s most recent mission will collect data for US spy agencies, among other customers.

This mission appears to be the first time the Space Agency has raised national interest concerns about the launch of a rocket payload from New Zealand.

A second BlackSky satellite will be launched on Rocket Lab’s next mission in August, along with payloads for the US Air Force Space Command, the primary space operations branch of the US military.

But it is not BlackSky’s work for US spy agencies that prompted the Space Agency to flag national interest risks.

Advice to the Minister in March released under the Official Information Act highlights the risk that data captured from space might end up in the hands of terrorists or states subject to sanctions. The Space Agency advised the Minister to approve the BlackSky satellite on the basis that it does not supply imagery to such entities.

BlackSky is not the only Rocket Lab customer in the private intelligence business, and at least two other customers also have contracts with US military or intelligence agencies.

Launches for earth imaging companies like BlackSky are expected to become a major part of Rocket Lab’s business, creating a new challenge for regulators seeking to balance the economic benefits of a domestic space industry against the risks to New Zealand’s security and national interests.

This development also adds to growing concern about the New Zealand space industry’s entanglement with US military interests, after the majority of Rocket Lab’s launches have carried payloads for US military agencies.

The BlackSky satellites will be part of a satellite constellation aimed at “delivering near real-time imagery” of areas covering over 95% of the Earth’s population, according to the company’s website.

Those images will be combined on BlackSky’s analysis platform with data from other sources including social media to provide “geospatial insights about an area or topic of interest”.

For example, its automated image analysis algorithms can be used to “detect and report on anomalous aggregations of cars and people in the nearby neighborhood”, it says

But the company also openly markets its services to US intelligence agencies. In one case study it describes how the BlackSky platform was used “to understand troop movements and unit strength for Russian, Ukrainian, and rebel forces” in eastern Ukraine and Crimea.

A contract announced in June this year will see BlackSky supply satellite imagery to the National Reconnaissance Office, which buys satellite data on behalf of the broader US intelligence community. It is also working with the National Geospatial-Intelligence Agency to develop a predictive intelligence platform.

Libertarian billionaire Peter Thiel is another investor in BlackSky, via his investment firm Mithril Capital Management. Thiel, who was controversially granted New Zealand citizenship in 2011, also owns the private intelligence firm Palantir. Like BlackSky, Palantir provides data analysis services to military and intelligence customers such as the CIA, FBI and US Special Operations Command.

The use of private companies to supply data to US intelligence agencies is a recent development, says Dr Brian Weeden, an expert from the space security think tank Secure World Foundation.

“Traditionally the US intelligence community has exclusively used its own satellites to collect intelligence,” he says.

“Over the last 10 years or so there’s been a shift to where they also buy commercially available imagery.

“Part of this shift stems from the military experience in Afghanistan where [the US] had problems sharing its own satellite intelligence with its allies because it was so highly classified. Part of it is that there’s not enough of the in-house stuff to go around.”

Satellite data not to be sold to terrorists

Under New Zealand’s space regime the Minister for Economic Development can decline a payload if launching it would be inconsistent with New Zealand’s national interests.

But until Rocket Lab’s ‘Make It Rain’ mission on June 29, which included the BlackSky satellite, the Space Agency had not formally raised national interest concerns with any proposed payloads, based on The Spinoff’s review of payload briefings covering the launches to date – although some were redacted in parts.

Three satellites on this mission triggered national interest concerns: the BlackSky satellite, and two communications satellites belonging to Swarm Technologies. In Swarm’s case, the concerns related to the company’s previous non-compliance with US regulations.

The paragraphs in the briefing detailing concerns about the BlackSky satellite have been redacted. But a separate briefing from March outlines the agency’s approach to regulating “commercial remote sensing payloads” – the generic term for private satellites that capture all kinds of data from space.

“Given the wide range of potential applications of commercial remote sensing satellite services, there is potential for downstream customers to use the data in ways contrary to New Zealand’s national interests,” it states.

“Remote sensing services can enhance a number of military or security-related capabilities, for instance through situational awareness and intelligence-gathering, which can be applied to activities such as maritime domain awareness or monitoring border activity.”

The Space Agency outlined three possible ways of regulating such satellites, from requiring operators to only sell data to approved entities, to relying entirely on conditions imposed by overseas agencies. It recommended a middle ground, recognising credible overseas authorisations and imposing additional conditions banning operators from selling their data to terrorist organisations or entities that are subject to New Zealand sanctions.

The Space Agency was satisfied that the national interest risks of the BlackSky satellite could be adequately managed with such conditions.

Head of the Space Agency Dr Peter Crabtree says that many satellites have some remote sensing capability.

“This is increasingly common in the ‘new space’ sector and much of the work undertaken by companies that use remote sensing is routine and well-established commercial activity,” he says.

“In anticipation of the growing number of applications to launch these types of satellites from New Zealand, the New Zealand Space Agency has in place an approach to assess payloads with remote sensing capability. This includes considering how the data gathered from satellites launched here will be used in the future,” Crabtree says.

“BlackSky advertises that its surveillance system can ‘monitor size and location of refugee camps’. It does not take much to envision what other kinds of sites might be monitored, including protest camps or isolated communities,” says Valerie Morse, a spokesperson for Peace Action Auckland.

“This kind of satellite is particularly worrying as the US wages a war against refugees on the border with Mexico, imprisoning refugees and separating children from their parents.

“The NZ government approved the launch of this satellite, and yet the government will have no control over who buys this information and what purpose it serves.”

This criticism follows concern from experts that launches for US military agencies may put NZ’s national security at risk and could even be in tension with NZ’s nuclear free status.

As The Spinoff reported in May, the government has welcomed US government launches as deepening New Zealand’s security relationship with the US, and has sought to manage the likely public push back by limiting the details made public about these launches.

A Rocket Lab spokesperson says the company is committed to the safe, peaceful and responsible use of space.

“Rocket Lab’s mission is to open access to improve life on Earth. This means enabling more small satellites to reach orbit and provide crucial data and services that improve the way we understand our planet, how we connect with each other, how we protect people and resources, and how we innovate and explore.

“The company will not launch weapons, nor will it launch payloads that are contrary to national security interests.”

The BlackSky satellite was not the only controversial aspect about Rocket Lab’s last launch. It was also the first time Rocket Lab refused to publicly disclose who owned one satellite, which Stuff subsequently revealed to be paid for by the Mexican military.