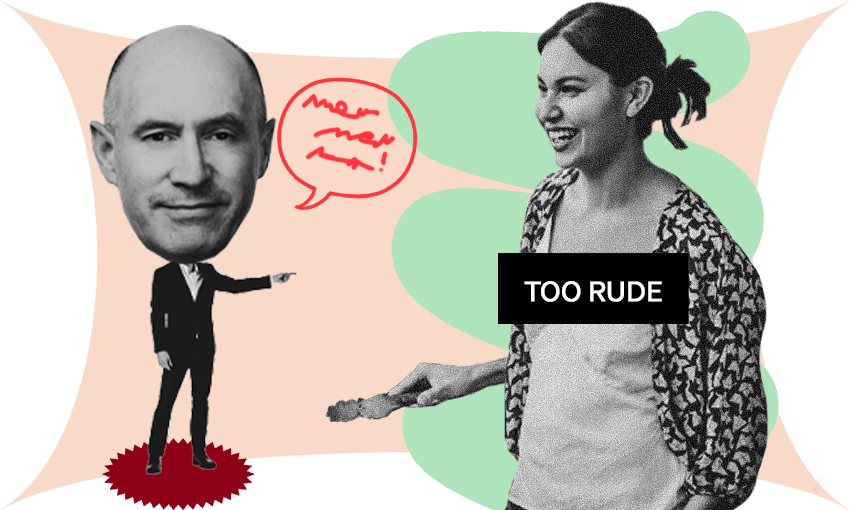 The founder and CEO of a chemicals company has criticised My Food Bag for putting ‘Eurasian fluff’ (a photo of Nadia Lim) in its prospectus.

When news is big and people are dying and economies are struggling, it’s easy to forget that there are still people out there, powerful people, saying terrible things. Then a New Zealand business leader and multimillionaire CEO proudly says something so comically offensive it jolts you right  back to the social and economic realities of being a woman – or worse, a woman of colour – in business.

In an NBR List interview last month, Simon Henry, founder and CEO of specialty chemicals company DGL, began by calculating his net worth ($700m), promising journalist Hamish McNicol that afterward “we can talk about the interesting stuff”.

For Henry, “the interesting stuff” meant singling out My Food Bag as a point of comparison with his own company. Both companies listed on the NZX and ASX about the same time last year. Where DGL saw huge growth, My Food Bag’s entry into the public market has disappointed.

What might explain My Food Bag’s trouble? Its listing was so that owners and investors could sell down most, if not all, of their investment, meaning those who believed in the company early on and enabled it to grow appeared to be wanting to cash out. That can be negatively perceived by some investors, as can rolling out an almost entirely new board prior to the listing.

These factors have been pointed out and commented on ad nauseam since March 2021. Henry added his two cents in the interview. And then he kept going.

“I can tell you, and you can quote me,” he began, which is always a sure sign that someone is about to say something deeply profound, “when you’ve got Nadia Lim, when you’ve got a little bit of Eurasian fluff in the middle of your prospectus with a blouse unbuttoned showing some cleavage, and that’s what it takes to sell your scrip, then you know you’re in trouble.”

Eurasian fluff! Having fluff on a serious business prospectus is bad enough, but Eurasian fluff? In this economy? How dare you? By the way, when’s the last time you heard the word Eurasian in casual conversation? What has Henry been searching – and on what websites – to have the word Eurasian on the tip of his tongue?

I went back to that prospectus and I found that photo. I work at a desk in an open plan office, with a laptop and a monitor. With trembling hands, I opened the prospectus on my smaller laptop screen, reluctant to display overt sensuality, an unbuttoned blouse and cleavage in the middle of the office. The prospectus is 97 pages long. Lim only appears once. The Photo is on page 36.

Warning: the following image is rated Adults Only and, according to Henry, contains cleavage.

Wow. Absolute smut. Is that a clavicle? Does that shadow suggest the existence of breasts?

I’ll be contacting the chief censor myself, but before you join me, a quick fact check.

For a truly unremarkable photo of a woman smiling in a prospectus to inspire such strong feelings in a CEO suggests a deep issue within both business and investing. Henry didn’t look at that photo and see a person who had co-founded a business and whose public image has played a huge part in its success. He saw Eurasian fluff.

Optics matter, and selling your company to prospective investors can be done in any number of ways, including with a friendly stock-photo-adjacent shot of the business’s co-founder and ambassador. DGL’s own prospectus contains a photo of a brown woman (possibly Eurasian!), on the very first page, wearing a shirt with some buttons undone. I wonder why. Possibly to attract a wider group of investors to a company with all-male management? For Henry to think that My Food Bag deploying the exact same (simple, boring) tactic as his own company is salacious because it included a woman in a public leadership position is frankly a little bit terrifying. And I still have no idea what the word Eurasian has to do with anything.

When approached by NBR for comment, Lim redirected to My Food Bag’s board (which she’s not on). They didn’t comment on the Eurasian fluff cleavage of it all, but Lim did say:

​​“Your email did make me think that you should do an NBR article on the ‘Top five most chauvinistic people in NZ business’.”

Henry painted himself terribly in his rich list interview, and did so with a confidence only afforded to people who look like him. He finished his rant by incorrectly implying that Lim was on the board of My Food Bag (she hasn’t been for six years), saying “the uglier the board, the more successful the share”.

DGL shares have been very successful since listing, and Simon Henry is on the board.