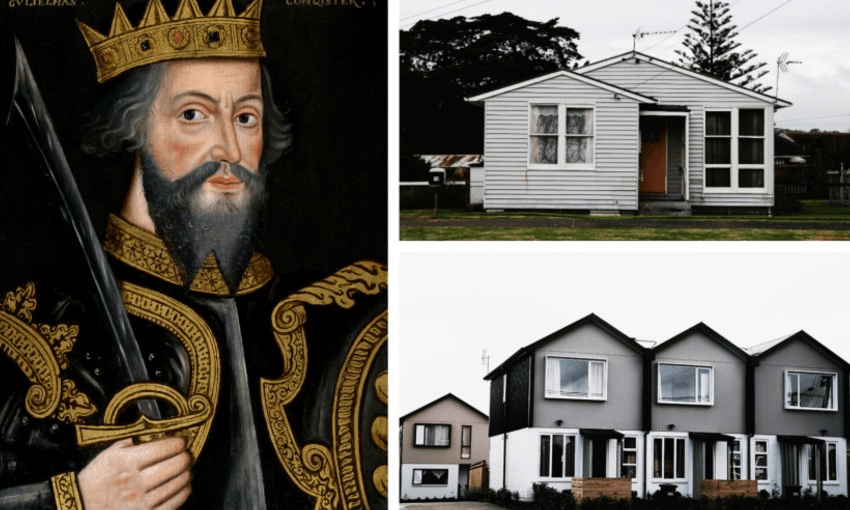 The quest to create affordable housing in New Zealand is an interminable dilemma. But as Dan Heyworth writes, the issue comes from the old British feudal land system on which ours is based.

Recently I was involved in a project that responded to government calls to use off-site manufacturing to bring affordability to the housing sector. Three years and a substantial amount of taxpayer and private dollars later, the initiative appears to have fizzled. It may well be that Wellington has finally come to the conclusion that you can’t use innovation to beat what is a fundamental structural problem with our housing market.

In July 2020, shadow housing minister Nicola Willis admitted to media that the National Party converted and sold too many state houses when it was last in office and that the government should in fact be building more. However, the idea that more state houses is the solution to a lack of affordability is flawed; it reflects the failure to provide a framework that allows communities and homes for all levels of society to flourish.

New Zealand’s focus over the last decade on playing catch-up by building lots of houses has overlooked the fact that supply and affordability is deeply rooted in the economics and history of our feudal land system, which we inherited from British colonials.

It was William the Conqueror who came up with the idea of giving the barons and church the right to extract money from Crown land in exchange for supplying the king with armies in times of war. This idea of paying a “fee” for land and treating it as an asset to extract “tax” from our fellow citizens comes to us from 11th-century Britain. The issue is that the increase in land value, which in part derives from the investment that taxpayers make in infrastructure and gentrification, ends up benefitting private landowners.

The arch-conservative himself, Winston Churchill, succeeded in passing a land reform bill through parliament over a century ago in an attempt to break this “perpetual monopoly”, only to be defeated in the House of Lords. He argued that the value of private land grew as a result of taxpayer investment to create new towns and cities. The more valuable the land became, the greater the disservice to individuals and industry who had to divert money into the pockets of landlords when it could be better spent in productive parts of the economy.

And a century later, we’re still at it. Over the last 30 years, house prices have accelerated away from the Consumer Price Index, leaving rental prices struggling to keep up with average wages. Mortgage deregulation and steady interest rates have enabled people to take out whacking great home loans, while the rise in house and land prices has led to an industry of speculation and developers.

Kāinga Ora claims to do great work to understand “how best to serve a community’s needs for urban development and renewal”, yet it relies heavily on private developers to implement its vision. The problem is not that developers are all greedy or inherently bad people – it is that they have a bad business model where land speculation will never be aligned with best community outcomes. As speculators, their priority is to profit from the land. It is in their economic interests to hold land back from development, since constrained supply keeps prices high.

In their urgency to get homes onto the market, councils become susceptible to deal-making with developers who want to profit by stretching the rules that allow them to build more homes on a site than is permitted. There are a growing number of not-for-profit developers and community housing associations who take their responsibility to communities a little more seriously, but they are still hamstrung by the cost of the land they wish to build on.

The problem hit New Zealand as soon as we began building state houses in 1906. Not only did we start to replicate the “suburbia” ethos and California bungalow style but we also thought it a good idea to build state houses in ghettos far from where the actual work was in the inner cities. We embraced the concept of “suburbia”, which appeared to be a laudable idea of a mix of gardens and space.

We completely forgot that successful villages and cities of the past such as Bruges, Edinburgh and Prague grew from patterns that integrated private, economic and civic buildings within an area that did not require cars to be the link between our places of work, rest and play. We have lost our sense of belonging to a local community, replaced by subdivisions and busy roads, faceless big-box retailers and soulless business zones. As one advocate of localism recently put it: “With no community, we lack both a unit to make sacrifices for – and a unit to keep assholes in check.” We need to learn how to be neighbours again.

As a young, resource and culture-rich country, the solutions are tantalisingly within reach. It would not take much vision for iwi or community housing organisations to create a parallel, opt-in land economy that uses land as a platform not an asset, kaitiakitanga instead of absolute ownership. It could be one that enables people to license land for a specific use and pay a small land rent that goes into community coffers – an alternative system that precludes land speculation and takes the value of land out of the house-price equation, making it affordable for communities to drive the development of quality, locally designed and built homes, business and civic amenity.

In this way, towns can grow organically, from the bottom up, rather than being driven by the gospel of central planning. If we want safe areas for kids to learn and play, the ability to connect with local businesses, a low-carbon transport system, beautiful, warm homes and the social and economic support of an inter-generational community, we desperately need iwi, housing organisations or large landowners to help us reconsider our relationship with the land.

The current system is a massive drag on our economic potential and the primary reason we can’t build enough quality, affordable homes. We cannot keep hoping to innovate our way out of a systemic problem through off-site manufacture, build-to-rent or high-density vertical sprawl. That is simply heading down the same rabbit hole, expecting a different outcome. The answer, instead, lies in the mud of our own backyards.