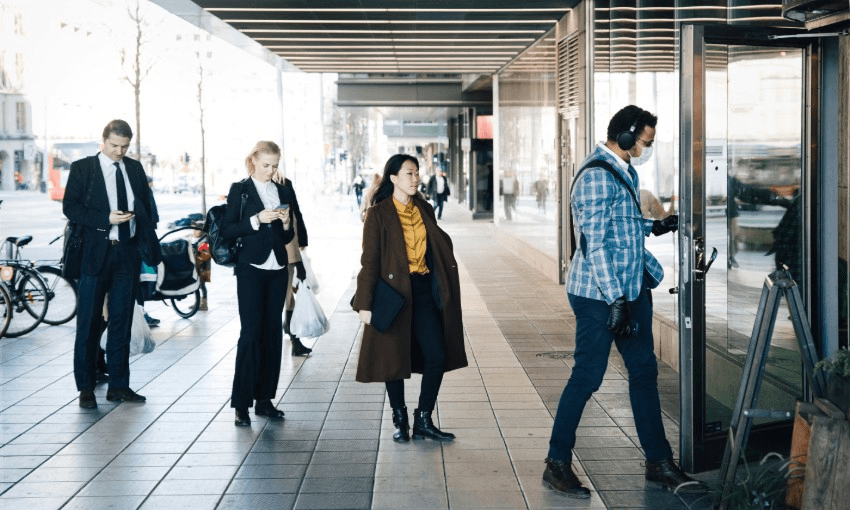 The Spinoff level two poll: How employees feel about going back to work

After nearly two months of working from home, many people will relish the change of scene when they return to their actual work places on Thursday. But how has this bizarre period influenced employees’ perception of work?

Sent out through our daily live blog, social media, and our daily Bulletin, a new Stickybeak survey asked Spinoff readers several questions about work routines and environment, and what they felt would change when level two came into effect. Almost 700 readers took part in the survey, and they expressed a broad mix of expectations and perspectives.

Of all the results, perhaps the most telling were the changes around preferred mode of transport. While 48% of readers indicated that driving to work in a car was the most preferred option both before the lockdown and at level two, the results showed taking the bus had become less desirable. One third of bus users plan on changing to other transport modes when they return to work.

The graph below is interactive: use the arrows at the bottom to view all slides.

Responding to the question of workplace safety and the health risks of Covid-19, 58% of Spinoff readers indicated they were not overly concerned, while 33.9% said they were somewhat anxious and 8.3% said they were very anxious.

Readers were also asked if they expected their organisations to keep them safe, while giving them the option to select the sector in which they worked. This included construction, manufacturing, retail, hospitality, office and other. Around 80% of readers from both the office and manufacturing sectors indicated they had confidence in their workplace, while only 61% of readers working in retail said they were confident.

The vast majority of readers indicated they supported workplaces implementing additional safety measures, with social distancing being the most preferred at 71.7%, followed by flexibility around remote working at 66.3%. Just under half of those surveyed felt that a workplace roster needed to be introduced and only 6% felt that none of the measures were needed at all.

In a press release earlier this week, CEO of the Employers and Manufacturers Association (EMA) Brett O’Riley said he was confident that businesses would ensure the best public health outcomes for both employees and customers, and that businesses would have plans in place to manage their level two responsibilities.

While most people will be ready to move on to a new era of increased mobility and freedom under level two, the majority of readers (69.3%) said that remote or home based working was something they’d like to do more of – an indication perhaps that dining tables, or beds, weren’t such bad work spaces after all.