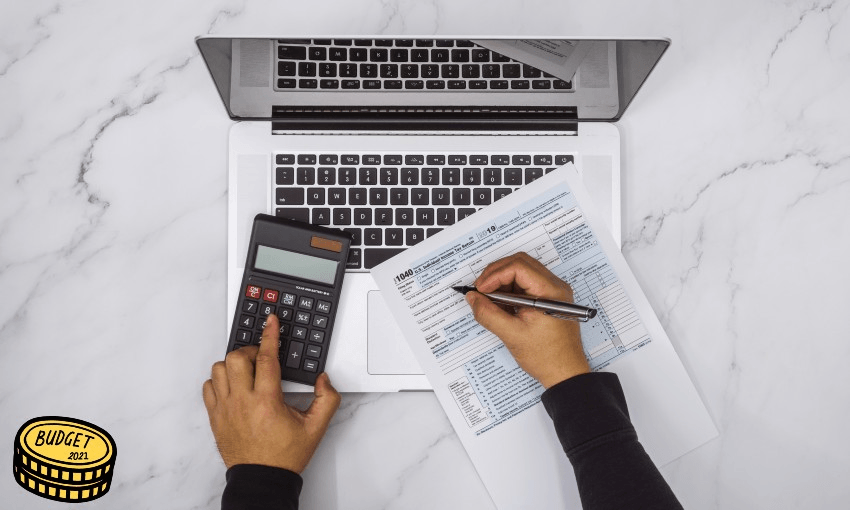 Our tax system is broken. Will Budget 2021 fix it?

With budget day coming up this week, Terry Baucher looks at how the government can shake up the neglected tax thresholds to benefit lower income earners.

Contrary to all the campaigning and clamour, the introduction of the new 39% tax rate on April 1 was the first change in tax rates New Zealand has seen in 10 years. All the other thresholds at which the various rates apply have not been adjusted since October 1 2008 – quite probably a post-War record.

This scandalously long period has enabled governments of both hues to quietly pocket hundreds of millions of dollars of additional tax each year through the phenomenon known as “fiscal drag”. This is where an individual’s average tax rate increases as their earnings rise – although not in line with inflation. Under the current tax thresholds, this has the biggest impact for low and average income earners whose earnings exceed $48,000 (or $923 per week). That is the threshold at which the tax rate on every extra dollar of income jumps from 17.5% to 30%.

According to Treasury figures, just over two thirds of all taxpayers (just over 2.5 million people) have annual individual income of below $50,000. This includes the group of public sector workers for which the government says it wants to see greater pay equity. That’s a reasonable objective but any political benefit is likely to be undermined if a significant portion of any such pay increase is lost to additional tax because of fiscal drag.

The low inflation environment of the past thirty years is a valid argument for not adjusting thresholds annually. However, inflation over Nine Long Years, sorry, Twelve and a Half Long Years, adds up. Based on the CPI since 1 October 2008, thresholds should be some 21.6% higher.

If thresholds were adjusted to take account of inflation since October 2008 they would be as follows (I have rounded down to the nearest $1,000).

Under the current thresholds, someone on average earnings would pay about $264 a week in tax ($13,743 annually). However, if taxes were “indexed” – adjusted in line with inflation – under the revised thresholds their weekly tax bill would be just over $236 ($12,283 annually), or $28 less per week.

Now putting an extra $28 a week into an average earner’s pocket sounds like a winner. But – and with tax, there is always a but – it would be costly. In a paper prepared for Bill English by Treasury in November 2016, it calculated adjusting for inflation since October 2010 would cost $1 billion in the first year.

Similarly in several scenarios prepared for the Tax Working Group which were focused on lower income households, the fiscal cost of raising the 10.5% threshold from $14,000 to $20,000 was projected to be $6.1 billion over five years.

But it is not just the tax thresholds which have been eroded by inflation. Bill English used the tactic of freezing thresholds not only for income tax but also for Working for families, where he reduced the thresholds and increased the abatement rate at the same time. The threshold at which student loan debt became repayable was frozen at $19,084 between April 2012 and April 2017 (and just for good measure the repayment rate was increased from 10% to 12%). Similarly, the parental income threshold for student allowances was also frozen between 2012 and 2016. Back in 2018 I estimated that these measures together with fiscal drag and other tax “adjustments” were worth around a billion dollars annually.

And this is before we talk about what has been happening with beneficiaries over the past 30 years. The Welfare Expert Advisory Group recommended substantial reform of the income support system, but that had an annual fiscal cost of around $5.2 billion.

A driver for these measures was short term political thinking and the hope that come election time voters would accept the rhetoric of “tax cuts” and vote accordingly. It is worth noting National’s proposed personal tax cuts in 2017 weren’t enough to win it re-election and similarly, in Labour’s 2008 proposals, which were partly in place by the time of the election, also failed to secure re-election. So, the electoral efficacy of tax cuts is more debatable than perhaps realised.

The November 2016 Treasury paper noted “a downside to not annually indexing is that there is less transparency for taxpayers”. What is taxed, and at what rate, is ultimately political. However, as the Treasury recognised, that process should be transparent. It is hard to argue that there has been much transparency over the past 12 years. Instead finance ministers of both sides have been very happy to say nothing and quietly pocket the additional tax.

Through his members bill, Simon Bridges has attempted a push for regular indexation, which would be a useful transparency measure. It proposes a mandatory indexation of thresholds after each election, which the government can decline to do. However, it also requires the government of the day to present a report to parliament explaining the reasoning for declining to adjust thresholds. Short-term politics mean Bridges’ proposal is unlikely to pass.

The problem for governments now, is that the tax take arising from non-indexation has proved so handy that the cost of inflation adjustments are prohibitive. We have reached the position that catching up for inflation is to all intents and purposes fiscally impossible. A radical reshaping of the tax and welfare system would be required. Neither Labour nor National show any stomach for such a move.

For all of the above, we are unlikely to see any significant moves on the question of increased income tax thresholds or benefits on Thursday. Whether deliberately or not, the Budget is likely to be another case of kicking the tax can down the road and hoping it doesn’t rebound. We deserve better.