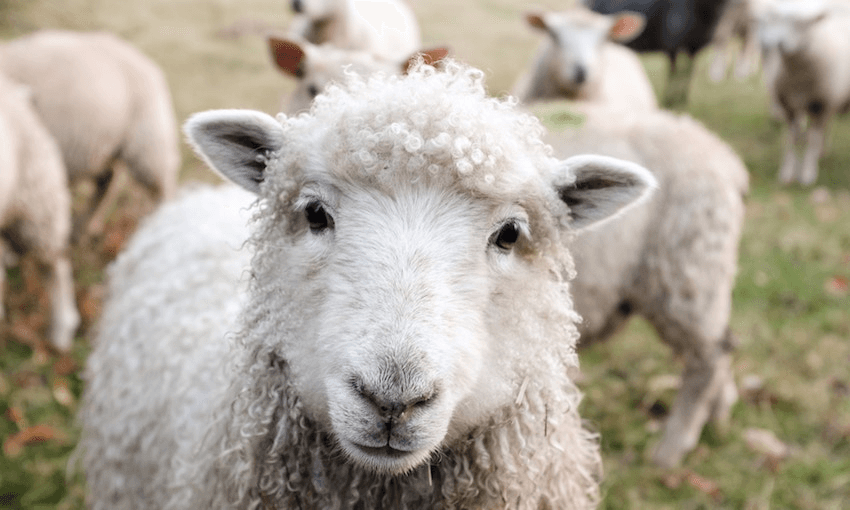 The vegans are coming! Why the end of meat could be closer than we think

For many Kiwi food producers, the future of meat is hard to stomach.

Air New Zealand’s decision is a watershed moment. Where before we felt removed from the reach of alternative proteins, now we are compelled to ‘pick a side’ – support the farmers or embrace the force challenging their livelihoods. The Beef + Lamb report acknowledges that the future of meat will be shaped by shifting consumer tastes, mounting health trends, environmental issues and the rise of alternative proteins. It recognises that the industry must diversify, innovate or premium-ise to withstand disruption.

Beef + Lamb outline several future scenarios’ for meat. These can be described as alternative protein’s take-over, meat survives as a premium product or business as usual.

This article grapples with the very real, very troubling question raised by scenario one – is there an end to meat?

This is a painful piece to write. I’m a farm boy. I eat meat. I love rural New Zealand.

I see animal agriculture as central to our economic system, landscape and national identity. Despite recent tussles over the non-existent urban-rural divide, water use and the like, we are all inextricably tied to the humble dairy cow, cattle beast and sheep.

It’s hard to imagine losing all that. But we have to.

We need to accept that our agricultural model now has fundamental weaknesses in the face of rapid social and technological change. When I hear things like “there will always be a market for real meat”, I hear an assumption based on a lifetime of personal experience. I hear denial because the alternative just doesn’t seem feasible.

I don’t know what the future of meat will be, but I know that we can’t plan on gut feelings anymore.

The vegans are coming!

First, the numbers. The British Vegan society cites a 360% rise in self-identified vegans over the last decade. More recent polling suggests that number could be as high as 3.5 million. Up to 6% of US consumers self-identify as vegan and 40% of German’s follow a low-meat diet… the Germans! Perhaps the best indicator, Google search trend data for ‘vegan’ shows a 5-fold increase in the last decade, with New Zealand behind only Australia in relative increase.

The world of vegan and plant-based media can be generalised as a mash-up of activist culture, mega-influencers and celebrity endorsement, all with increasingly mainstream traction.

The vegan culture current is powered by an explosion of popular vegan Instagram stars and a long list of vegan celebrities.  There’s no going back once Jay-Z and Beyoncé announce a vegan food delivery service and 22-day vegan challenge. In late 2018, Titanic director James Cameron will release The Game Changers, a film that charts vegan transformation through the stories of elite athletes. The effect of activist cinema should not be minimised, just ask SeaWorld.

When thinking about the future of food, our eyes should be firmly fixed on the millennials and Generation Z. In New Zealand, 13% of 14-34 year olds self-describe as vegetarian, up 50% between 2011 and 2015 (against a population-wide increase of 27%). In the US, research indicates that Gen Z college students are re-defining food on campus, consume several times more plant-based food and beverages than their older counterparts and subscribe to flexitarian diets at higher rates. Gen Z are on track to be the largest generation of consumers in the US by 2020.

We also need to accept that the term ‘vegan’ or ‘vegetarian’ only accounts for the tip of the spear. The rise of the flexitarian diet (one of Whole Foods’ top diet trends of 2017) and the marked decrease in red meat consumption in NZ are case in point. In the same way that social media and smartphones only came of age when their user base hit exponential growth, it’s the actions of the masses that really matter.

Enabling this rising consumer trend are a new generation of plant-based commercial interests.

The numbers tell a story of sustained category growth in most western markets. The UK for example is slated to see vegan foods grow 48% between 2015 and 2020. But the real story is behind the scenes – the explosion of Vegan venture capital. As covered by NZ’s own Future Food strategist Dr Rosie Bosworth, the next wave of plant-based innovation is being bankrolled by some of the smartest minds and the deepest pockets in the world.

Whatever angle you look at this movement, the writing is on the wall. Veganism is not just here to stay, it’s destined to grow.

Transformational shifts don’t occur in isolation. Veganism will be no exception.

I understand this challenge through two lenses.

The maths of disruption

In less than a decade, alternative proteins have developed system efficiencies that modern animal agriculture took more than half a century to achieve.

Case in point is GHG emissions. Early signs indicate that the nascent anti-flatulence vaccine for cows might deliver a 1/3 reduction in methane. Okay… but that’s still a 60% shortfall on an increasingly crucial metric.

The differences are even more profound when you consider the cost and R&D trajectory of alternative proteins. Clean meat has decreased in price from $325,000 per quarter pound to $11.60 – a 30,000X reduction in four years. Imagine the potential for cost cutting, R&D and product line expansion to come, it will probably look like Hampton Creek using machine learning to make perfect vegan mayonnaise.

Animal agriculture will be disrupted for a simple reason – we’re pitting millennia-old systems that take decades to evolve against technology that’s optimising by the minute.

The morality of meat

Affordable, comparable tasting alternative proteins will present customers with a fundamental ethical dilemma: Does my preference for ‘normal meat’ warrant an animal’s suffering and death?

Animal welfare, the same trend driving caged eggs from supermarket shelves and a unique selling point for New Zealand agriculture, could well be the undoing of animal agriculture.

We have come to accept a degree of institutionalised cruelty in farming. The annual waste of 1.7 million bobby calves, castration, docking, weaning, the 2-7 km daily round trip for the average dairy cow. How will consumers view these practices when confronted with cruelty-free alternatives? Necessary evils or barbaric? Taking the argument to its logical conclusion, we cannot escape the fact that our animals die so that we can eat their flesh. Slaughter is the cold, hard reality of our model.

Imagine the marketing campaign an aggressive clean meat start-up would run to muscle market share away from traditional producers – which example of institutionalised cruelty would they focus on? Think of the visceral disgust we currently feel for feed-lots and battery cages. In a world where clean-meat looks, tastes and bleeds like the real thing, will grass-fed and free-range claims matter when one product involves the captivity and death of an animal and the other does not?

In that world, how can you call yourself an ethical consumer and ignore cruelty-free alternatives? How can you buy free range eggs but stop at cruelty-free chicken?

So, where to from here?

I applaud Beef + Lamb’s recent actions as strong first-steps in very much the right direction. On the back of the Alternative Proteins report, they launched Taste Pure New Zealand and set an ambitious goal of a carbon-free sector by 2050. This is honest leadership that the industry desperately needs.

The accepted wisdom is that the safe-haven for New Zealand agriculture is at the premium end of a diminishing, niche global market for real meat. This is the right next step and will inspire the sustainability, transparency and customer-focused initiatives that we’ll need in a very uncertain future.

It won’t be easy though. We’ll be racing the likes of the USA, France and Argentina who will undoubtedly double down on their protein producing heritage and compete for this premium niche. If we are to premium-ise, we must do it fast and do it best – arguably we are behind the likes of Ireland’s Origin Green sustainable framework and food brand.

In a broader sense, we need to recognise the fundamental weakness of our system. More than 40% of land use in New Zealand is dedicated to sheep and beef (32%) or dairy (10%) production. What happens to that land and those livelihoods if animal agriculture fails?

In line with Beef + Lamb’s scenario, we need a pivot plan. And we need it sooner rather than later.