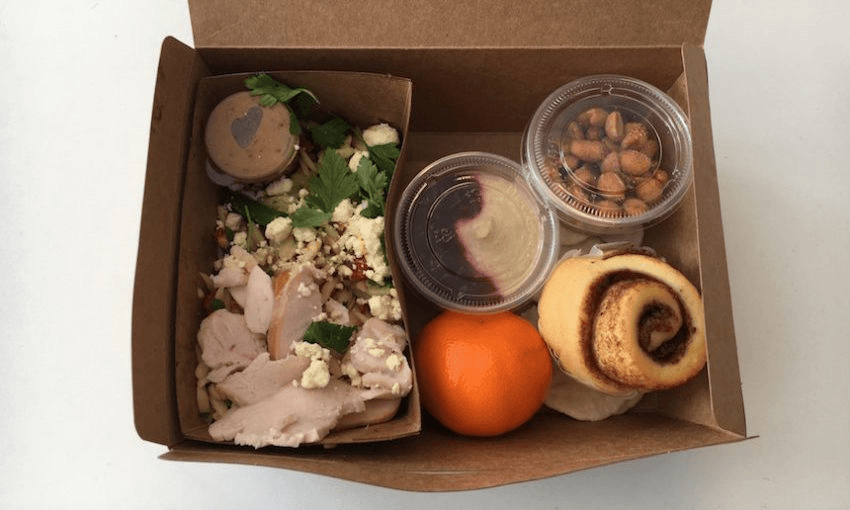 AN EAT MY LUNCH ‘BUY’ LUNCH

A fierce argument for and against Eat My Lunch

AN EAT MY LUNCH ‘BUY’ LUNCH

What’s the best way for under-privileged kids to get the nutritious school lunches they need?

Yesterday, Eat My Lunch, the social enterprise which provides a lunch for a hungry school kid for every lunch it sells to the public, came under fire for claiming that 290,000 New Zealand kids were going to school every day without lunch when KidsCan estimated that the number was closer to 55,000. As Henry Oliver read the news, he argued viciously against himself on the efficacy of Eat My Lunch’s social enterprise model.

So Eat My Lunch is in the news again…

Why? What’s inspiring the rounds of petty schadenfreude this time?

A Stuff investigation on social enterprise found that EML claimed 290,000 children went to school every day without lunch on its website, which is a lie.

Yeah, well EML says it’s a typo, that it meant to say “290,000 live in poverty and thousands to go school without lunch every day”. “Would? I meant to say wouldn’t!”

What? This is a for-profit company that makes money by, in part, marketing itself as something analogous to a charity.

But on its website, it clearly states it’s not a charity. It’s a company that does good while making money at the same time.

Sure. But people volunteer their time, and other companies donate goods to a company that’s making a lot of money. And is part-owned by Foodstuffs, the biggest grocery company in New Zealand, for chrissakes!

What’s wrong with that? It still gives lunches to hungry kids, right?

Yeah, but those school lunches might not even cost them anything. And here you are paying at least $12.95 for a lunch thinking you’re buying a similar lunch for a hungry kid. It’s basically a white collar happy meal but the toy is a lunch for a kid.

Okay, I take that back. But you get what I mean. It’s poverty-washing!

What do you mean?

Well, you know ‘greenwashing’ – when a company spends more resources on marketing their sustainability than they do on their actual sustainability? This is like that, but with kids living in poverty instead of climate change or deforestation.

So what do you want? For-profit companies to be unconcerned with doing social good while doing business?

Okay, so what did you have for lunch today?

The lunch special from the Indian restaurant in Morningside. $12 for a curry, rice and naan. Delicious!

And how much food did they give to hungry children after you bought it?

It’s not the same.

Because people don’t buy the curry thinking it’s somehow philanthropic. When you buy Eat My Lunch you think a significant amount of the margin is going to the kids. When you give $10 for two kids to get a lunch – essentially a donation, not a purchase – you don’t know how much those lunches cost to make. It might be nothing! When you give to Unicef or KidsCan you can go to their websites and see how much of your dollar ends up directly helping those in need (approx 80%) and how much is going to admin and marketing and wages and everything else. With Eat My Lunch, you don’t know anything…

Sure. But they show pictures of the lunches – yours and a version of the one you’re giving to a kid.

Yeah, but it’s Eat My Lunch, it’s not Eat A Lunch That Is Very Different to My Lunch And Costs The Company Either Nothing Or Very Little, is it?

No. But still… do they give lunches to kids that otherwise might not get lunch?

So what’s your problem with that? Wouldn’t you rather a kid gets a lunch than a kid gets no lunch? Even if you don’t know where every cent goes, isn’t it better than nothing? The Eat My Lunch office is lined with letters from kids thanking the company for their lunch, and from teachers raving about the positive outcomes for kids who are suddenly more attentive in class, who are enjoying being at school, enjoying learning. These are tangible impacts in the lives of real people, not statistics, not numbers on an Excel sheet.

Better than nothing isn’t good enough! Kids shouldn’t be reliant on Auckland office workers to buy lunch from a for-profit company – which is legally-bound to maximise profits, so can actually only do any social good if it increases profits – to be able to eat lunch.

Who should they be reliant on?

No one should be going hungry! We need the government to strengthen the social safety net! Eat My Lunch told MPs that a simple tangible way they could make a difference was to buy Eat My Lunch, to “put their money where their mouth is”. It even threatened to publish a list of MPs who bought lunches to essentially shame any that didn’t.

But Eat My Lunch apologised for that!

Only after some negative publicity! There’s still a form on its website to lobby MPs not to take political action addressing child poverty but to buy Eat My Lunch! What the fuck?! That’s Elon Musk-level tone-deafness! You know the way MPs should make a tangible difference? Through public policy. Though fucking legislation. We need an economy that offers security for the vulnerable, that pays people a living wage! We need to stop privatising caring for the poor, funnelling all the world’s resources to the rich in the hopes that some will trickle down to those that desperately need it, either through spending or through philanthropy. We need to…

Wait, wait wait. So what you really want is to drastically restructure our economy?

I mean, I’d love all that too, but good luck getting it done at lunchtime.