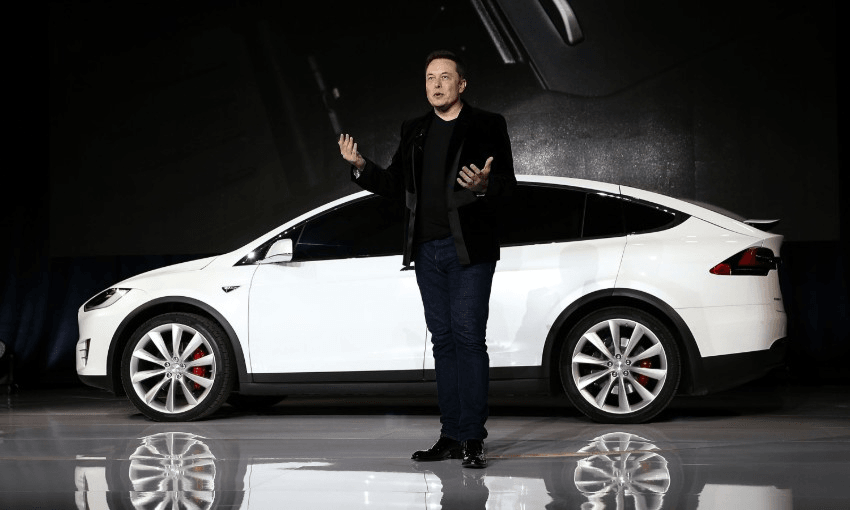 Worried about climate change? Maybe your Kiwisaver should invest in Tesla

Tesla has delighted investors and stunned rivals with its meteoric rise to the top of the car industry. With the right Kiwisaver fund, New Zealanders have the chance to back a winning and renewable horse, writes Pathfinder CEO John Berry.

Tesla’s share price is three times higher than at the start of this year. With a market value of more than US$270 billion, it’s now the world’s most valuable listed car company. This is remarkable given Tesla doesn’t actually produce many cars.

In 2019 Tesla delivered less than 400,000 of its Model X, Model 3 and Model S. This was a small fraction of the 7.7 million cars produced by GM alone. Formed in 2003, Tesla is young, and yet it’s more valuable than each of Ford, Toyota, General Motors and Volkswagen. Is this wishful thinking by investors – a delusion that its electric vehicle technology will dominate? Or perhaps blind confidence in Elon Musk’s genius?

The answer is that climate change and new technology are drawing the curtain on the age of the combustion engine. These trends are also ushering in a new age of electric vehicles – an industry in which Tesla is the disruptive global leader.

Audi’s chief executive Markus Deusmann recently conceded Tesla is two years ahead of everyone else in key areas like battery tech, vehicle autonomy and software.

However, I think the gap is likely much larger. Forbes magazine recently pointed to a six-year gap. Large traditional car companies are not only behind on technology, they’re also hamstrung with their revenue tied to the combustion engine. They find it hard to retool and reconfigure their business in the same way that global giants like IBM and Kodak struggled to change with technology in the past.

This is true not only of car companies but also in the energy sector where massive sunk costs in fossil fuel reserves and related technology are a handbrake slowing oil giants in the switch to renewables.

The extraordinary rise of Tesla is not without precedent in recent times. Two decades ago, Amazon – a fast-growing online bookseller – became more valuable than Barnes & Noble, which owned a massive chain of US bookshops.

Its success appeared to defy logic. Barnes & Noble had a strong brand and physical bookshops. It could specialise in face-to-face customer service and serve coffee in its stores – how on earth could Amazon be more valuable?

Amazon went on to not only swamp Barnes & Noble, it grew to become one of the world’s largest companies.

Tesla follows this script – new technology, an online presence and a disruptive business model. Tesla is the Amazon of the car industry. Ford, General Motors, Toyota and VW risk being the Barnes & Noble equivalent.

Traditional car companies – despite their foray into electric vehicles, are embattled. VW has lost US$941 million over the first six months of this year, yet Tesla turned in a profit.

So what about your KiwiSaver? Does it bet combustion engines and fossil fuels will dominate the future? A good measure of this is whether it holds a stake in Tesla and the extent to which they are invested in fossil fuels.

The growth funds of the five largest KiwiSaver Schemes don’t quite measure up. Three of the five have no Tesla shares, yet all five are invested in oil companies. This would’ve hurt their returns over the last year.

So far this year shares of global oil and gas exploration and production companies are down on average by 35% and shares in coal companies are down by 25%. This contrasts with clean energy shares up strongly by 30-50% over the same period. A determination to invest in a carbon-constrained future is a key reason why funds that give equal weight to Environmental, Social and Governance (ESG) factors, as well as financial metrics, have done well.

Research internationally has shown responsible investment funds outperforming during the Covid-19 crisis. This has been reflected in KiwiSaver returns. The priorities have clearly shifted; the signs are there for everyone to see. It’s just a matter of looking at the companies and seeing which of them are embracing the future.

John Berry is the CEO of Pathfinder Asset Management Limited which manages the CareSaver KiwiSaver Scheme.