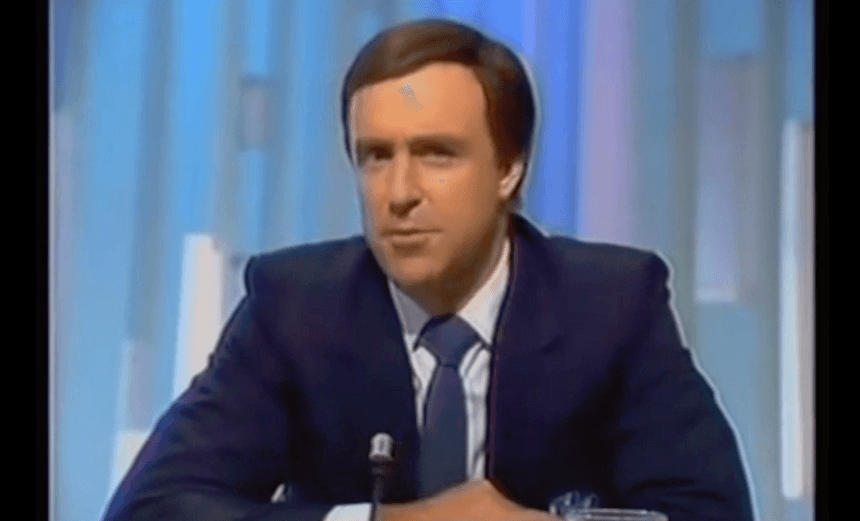 Beyond the gumboot: The non-Dagg work of John Clarke

By Jonny Potts
Guest writer
Made possible by

On the heels of yesterday’s announcement of the Fred nominees for best show of the Comedy Festival, comedian Jonny Potts digs deep into the non-Fred Dagg work of Kiwi icon John Clarke, after whom the award is named.

It’s totally understandable that the figure of Fred Dagg dominated New Zealand’s response to the sudden death of John Clarke earlier this year. But when we think of Clarke, we should remember he was more than just what he gave New Zealand for a few years in the 1970s. Here’s a quick survey of six examples which show the breadth of the work of Mr. John Clarke, the man his collaborator Ross Stevenson called “the greatest satirist in the English language”.

Though his early career appears to have been one unbroken rise, John Clarke did give himself some time to take stock after crossing the Tasman. Fred Dagg had been an unprecedented success in New Zealand, but the act wasn’t necessarily going to work if simply transplanted to Australia. So Clarke immersed himself in the culture, getting to know the key differences – social, political and sporting – between the two countries.

Clarke debuted his farnarkeling reports on the well-regarded mid-80s sketch show the Gillies Report, returning to the bit as he pleased for the rest of his life. From behind a news desk, Clarke adopted the slightly aggressive, wholly authoritative tone of the Australian sport reporter, which wasn’t too far from his own distinctive, even style. The thing was, he was reporting on a make-believe sport. Farnarkeling terms like ‘ardle’ and ‘from behind the umlaut’ were dropped as casually as equally ludicrous sporting phrases like ‘professional foul’, ‘silly mid-on’ and ‘resting toucher’ (see Clarke’s later film Crackerjack for more about that one) are in regular broadcasts. If you watch a few of them at once, it’s impossible not to form a Suessian impression of the sport in your head. (You also get a handy overview of the career of the mercurial Dave Sorensen.)

The farnarkeling reports show Clarke taking on elements of his surroundings and drawing on his influences to come up with something freshly hilarious. They are relentless, sustained glossolalia, something like Spike Milligan explaining Aussie Rules. But much funnier.

On the back flap of The Complete Book of Australian Verse John Clarke is presented as a professor whose works include the 1981 book Both New Zealand Poets. Things appear to have been more productive in the lucky country, with this collection bringing together work from such singular voices as Sylvia Blath, Dir Don Betjeman and Warren Keats.

Clarke’s skill for parody was never more keen than in his take on the famous opening section of Dylan Thomas’ ‘A Child’s Christmas in Wales’. Shifting the festivities to rural Victoria, Clarke revels in Thomas’ potent, lilting language, inheriting the spirit of the original rather than merely commenting on it. Here’s Clarke reading the piece in a stentorian, Welsh-inflected voice, using the ghost of Dylan Thomas to luxuriate in his own words.

And the poem, Clarke’s poem, is breath-taking. Thomas can keep his “holidays resting at the rim of the carol-singing sea”. Clarke’s Dylan Thompson gives us “the brief, exuberant hiss of beer being opened and the laugh of wet-haired youths around a Zephyr 6”. He lets us hear “the distant constant slowly listless bang of the flywire door”. The Warrnambool Christmas is not one of “ice-edged, fish-freezing waves” but of salads, pavs and backyard cricket. I imagine things weren’t too different in Palmerston North.

A mockumentary series following the planning committee for the Sydney 2000 Olympics, The Games is chiefly remembered for its fourth episode, where the 100 metres track is found to be 6 metres short. That episode also features a superb performance from Denis Moore as ‘the minister’ Gary ‘Robbo’ Robertson. Clarke was generous with other performers, and plenty of talent is given a chance to shine in the first series of The Games, but the show is at its best when Clarke is front and centre.

The show’s 10th episode, ‘A Management Course’, finds the core trio of Clarke, Gina Riley and Bryan Dawe heading away for a weekend of training. It’s the first episode where the team is taken out of its office environment, and something about the fish out of water aspect allows Clarke’s easy humour to dominate. Early on, Clarke looks out over a lawn and starts recounting false war stories inspired by the terrain. There’s no joke, he’s just doing something silly. It’s wonderful.

The show also critiques the wrongheadedness of corporate role-playing activities which, as comedic targets go, is fish in a barrel. But just look at how brilliantly this scene is executed:

And yes, it looks as if The Games was the first sitcom framed as a mockumentary to be shot and performed to look like the real thing.

Clarke’s humour is full of familiar sporting terms wryly appropriated to fit various situations. He once told Kim Hill his success on New Zealand television was due to “a temporary weakness in the opposition backline”. A builder on The Games describes a missing pencil as being “just short of a good length”. When Palmerston North took up his suggestion to name its rubbish dump after John Cleese, who had publicly insulted the town, Clarke commended the city on “getting down the wicket to some very average bowling”.

With The Tournament, this dynamic is reversed. Clarke’s only novel follows a tennis tournament featuring the greatest figures in world culture and science, roughly from the time of Darwin (an umpire) to Rushdie. Any narrative propulsion is supplied by the nature of the competition itself. But you don’t read John Clarke for story: you read him for the pleasure of spending time with his voice and his ideas. How much you enjoy The Tournament is largely down to the knowledge you have going in. If you don’t see why Isadora Duncan would be wise to take care with her loose tennis kit, then you might get why Samuel Beckett’s approach is to look like he’s going to vary his play, then refuse to do so. Or you might find something in Simone de Beauvoir and Jean-Paul Sartre’s discussions about the merits of playing with other partners.

There are a lot of great jokes in The Tournament (along with some fairly brazen puns), but I can’t imagine anybody familiar with sunlight is going to pick up on all of them. It’s a little sad that Clarke never produced a ‘great’ novel, but if you happen to be a fan of both tennis and Clarke’s clever dick tendencies, there’s a lot to enjoy here. I loved the bits I understood.

(BTW: A clear precursor to The Tournament is Fred Dagg’s All Black team announcement, right here.)

To be honest, Clarke and Dawe deserve a very long article of their own. If I start talking about them here I’m going to throw an embarrassing number of superlatives about and take up time you could be spending watching clips.

In brief: for a very long time the ABC was lucky enough to have John Clarke and Bryan Dawe present incisive, absurd mock interviews which constitute pretty much the high water mark for political satire in this part of the world. Their best-known clip is ‘The Front Fell Off’ which I’m assuming you’ve already seen, been knocked out by and compared to Ionesco and Joyce for yourselves.

The week after he died, Clarke’s family suggested this clip be played in Clarke and Dawe’s regular spot. It demonstrates the anger underpinning much of his work, and is enduringly relevant. Just watch.

So, John’s daughter Lorin has a podcast called Stupidly Small that she does with her friend Stewart. A little way through the show’s 13th episode in December 2014 they welcomed “writer/ performer John Clarke” to begin an occasional series on the history of humour. In these episodes he’s avuncular and unassuming, and has most certainly done his homework. In his first appearance he namechecks other writer-performers from Dickens to David Byrne, and suggests that Spike Milligan’s humour was the only way he could process the senselessness of the second world war. He also says the words “Petroleum V. Nasby”. No voice ever breathed into a microphone has been more suited to the words “Petroleum V. Nasby”.

Clarke spoke of his appreciation for and understanding of humour frequently. He dismissed the idea that the New Zealand brand of humour was unique in its laconic nature in this neat little Listener article and in this discussion with Kim Hill. He venerated political cartoonist David Low (who makes an appearance in The Tournament) and talked about the specific genius of the Marx Brothers in Lorin and Stewart’s podcast. He has been fondly remembered by stand-up comedians despite telling Alexander Bisley in 2013 that “stand-up is really the least interesting form known to man”. He regarded Samuel Beckett as “bloke of the century” but drew most of his inspiration from the antipodeans he just happened to meet.

I haven’t listened to the episode of Stupidly Small where Lorin and Stewart remember their sometime contributor “writer/performer John Clarke” yet. I expect the tone is sad but thankful, as it has been throughout the arts and media communities in Australia and New Zealand. Sad but thankful is maybe the right way to feel. After all, we have lost the greatest comedic talent either country will ever produce. Clarke’s humour and career are inimitable. It’s fitting that one of his last projects was to sit in on his daughter’s show and quietly share the fruits of his years of observation and reflection. He didn’t need to shake the world in order to change it.