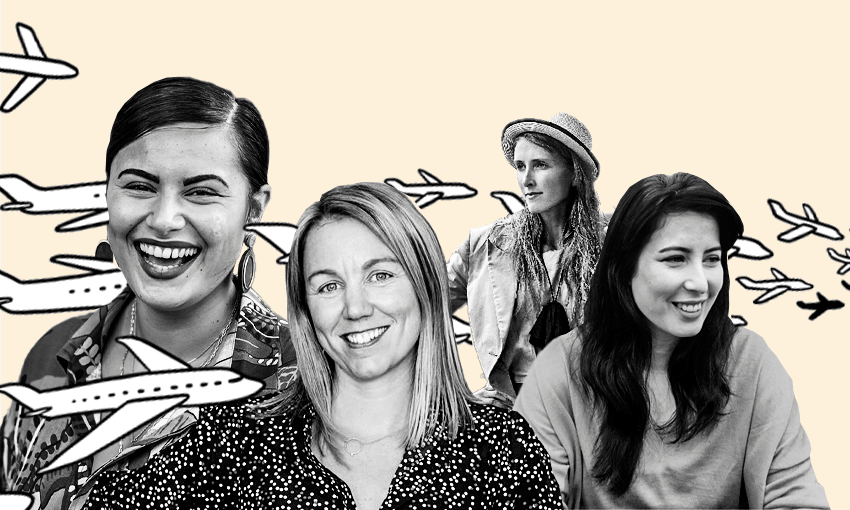 Coming Home: For many returning New Zealanders, it’s been a bumpy landing

In part four of Coming Home, hosts Duncan Greive and Jane Yee find out what returning to New Zealand this year was like – and why it didn’t always go as smoothly as anticipated.

Subscribe on Apple Podcasts, Spotify or wherever you usually listen to podcasts.

Everyone we spoke to for this episode had a very different experience of moving back to New Zealand this year, but they all had one thing in common. In every case, the landing back into New Zealand society was quite a bit bumpier than expected, on both an emotional and professional level.

Part of that was to do with the heightened sense of fear and uncertainty brought on by the pandemic. Jane’s family arrived back before the introduction of managed isolation, and anticipated being welcomed back with open arms – instead they were met with hostility from a community understandably fearful of anyone who might be carrying the virus.

Since then, tens of thousands of New Zealanders have had the experience of returning to two weeks of mandatory managed isolation. Some were able to put a positive spin on it – Mahoney Turnbull compared it to a two-week meditation retreat – while others found it more of a mental struggle.

But for many the biggest challenge has come from readjusting to the culture here, especially in a work setting. “I miss the freedom to be myself,” says Julia Arnott-Neenee, who came back from the US buzzing to explore new opportunities. “I’ve felt like I’ve had to shrink myself to fit in here”.

What does all this say about us as a country – and about those who’re returning to find the reality doesn’t necessarily match their expectations?

Coming Home is brought to you by The Spinoff and Kiwibank. Subscribe now on Apple Podcasts, Spotify or wherever you usually listen to podcasts.

Coming Home
Made possible by

Coming Home: A brand new podcast series on the New Zealanders who returned home during the pandemic

Thousands of highly-skilled New Zealanders are returning from overseas as a result of the Covid-19 pandemic. But why did they leave in the first place? Listen to episode one of Coming Home now.
By The Spinoff
Staff writers
11th November, 2020

In our new podcast series Coming Home, we talk to some of the many highly skilled New Zealanders who’ve returned in 2020 and explore what it means for us as a country.
By The Spinoff
Staff writers