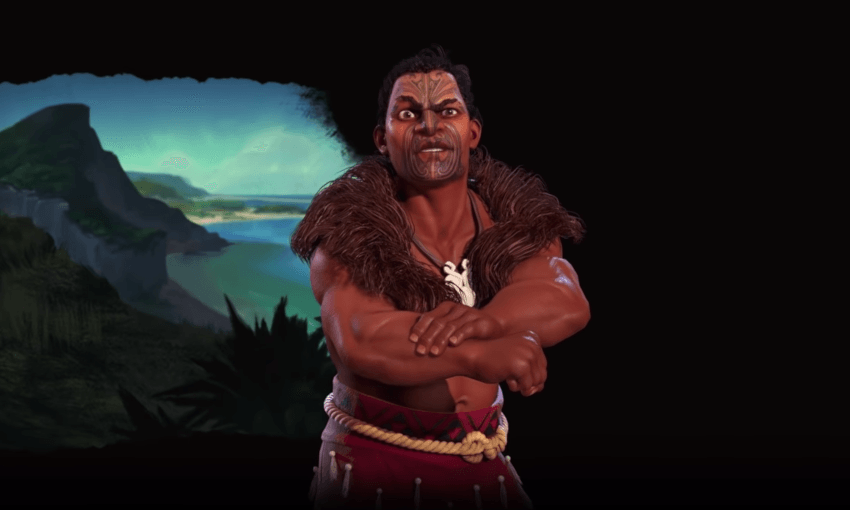 In a new ecology-focused Civ VI expansion, Kupe leads the Māori in an attempt to dominate the globe through kaitiakitanga.

The Māori have been announced as a playable race for Civilization VI, and boy are they bringing the mana. Led by Kupe, who discovered New Zealand while out chasing an octopus, the Māori are a seafaring civilisation making their first official appearance in the series, which has sold upwards of 30 million titles since the 1990s.

Unlike most civilisations, the Māori begin in their waka atop the ocean with the ability Kupe’s Voyage. While at sea, the Māori accumulate science and culture ‘resources’, and can thus afford to spend their first few turns exploring for the perfect location to build a home city.

This is a huge shift in the standard gameplay loop, which generally sees civilisations plonk down where they are and start ramping up for expansion. In most Civilization campaigns, what players prioritise early can have irreparable consequences as they progress. The Māori have a little more flexibility and, once settled, gain a free worker unit.

The Māori have unique warriors called Toa, which possess a haka ability that weakens adjacent foes, and Pa fortifications which can be built on hill tiles. But militarism doesn’t appear to be their strong suit. Rather, cultural buildings like the marae and incentives for focusing on tourism mean the Māori are more likely to achieve victory by fulfilling cultural or religious goals than going full Napoleon on the globe. They will still possess a strong military early in the game, however.

The expansion pack, titled Gathering Storm, is not the first time Māori have appeared in a Civ game. Civilization V had an incredibly well-researched Māori race led by Te Rauparaha, the ‘Napoleon of the South’, created by a New Zealand-based modder.

But Gathering Storm focuses on new ecological and political systems reflective of our times, with climate change and natural disasters posing true civilisational threats. And while an official composite Polynesian civilisation existed in Civilization V, developers said this time around they want to focus on a specific race – thus they chose Kupe and the Māori because of their ecological bent. “They have a leader agenda that’s based on the Māori word kaitiakitanga, which means ‘guardianship’ itself,” senior producer Dennis Shirk said.

“They actually want to try to progress with the game without chopping down any trees or damage the rainforest for them. We don’t take that option away from players completely, but we give them incentives to leave nature as it is.”

This is reflected in mechanics like rewards for preserving forests and researching conservation, which has spillover effects into tourism – a Māori strength – too.

Learning from Lego, who cooked it with their Bionicle series and were sued by several iwi, the team behind Civilization VI consulted with the Māori New Zealand Arts & Crafts Institute to design Kupe’s ta moko and nail the pronunciation, though the announcement trailer mangles te reo spectacularly.

New faction leaders in the Gathering Storm expansion possess different attitudes towards climate issues; too much deforestation or Co2 for example and Kupe will show up to crack skulls. The late game places more focus on political jockeying, which will be impacted by what steps players and opponents have taken towards developing renewable energy and reversing the ecological effects of their industrialisations.

But with the endgame now stretching out to the 2050s, it’s unclear whether a campaign will ever be finished before the real ice caps melt and New Zealand sinks beneath the ocean. Fortunately there are several thousand years of a Māori golden age to play through first. Kia ora!