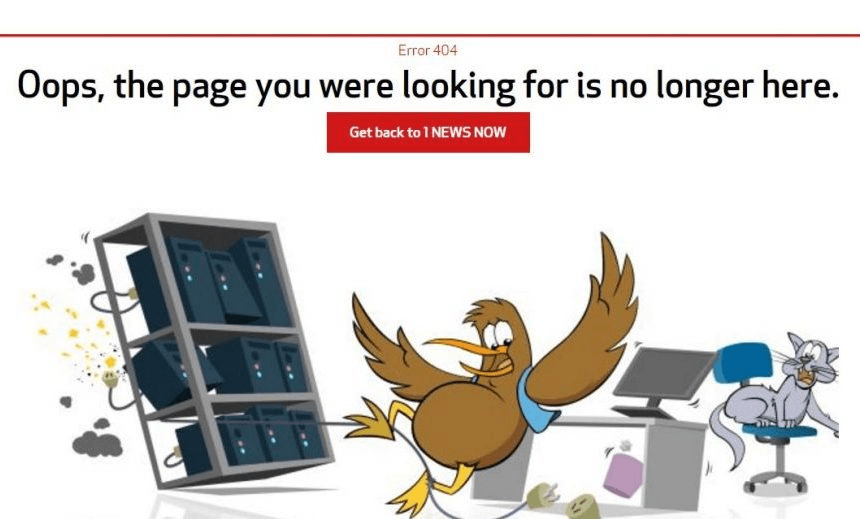 Head of news concedes ‘regrettable error’ over TV and online stories on what appears to be a phantom Hamilton police survey.

Broadcast and text stories relating to a purported police survey about beggars on Hamilton streets have been removed by TVNZ following a Spinoff report published this week.

“We didn’t verify there was a survey with police and we should have,” said John Gillespie, TVNZ’s head of news and current affairs, in a statement.

“This was a regrettable error – and not up to our usual high standards,” he said.

Branko Marcetic’s story “The strange case of the disappearing Hamilton homelessness survey”, published on the Spinoff on Thursday, identified coverage of the survey as a “good example of society’s readiness to uncritically accept any stigmatising tale about street people”.

The survey had been cited in October 2016 by the Hamilton Central Business Association as they launched a campaign discouraging giving to people begging. A Hamilton police survey, they said, had found that just two of the 15 beggars located in the city over a weekend were in fact homeless.

In the TV One report, the association’s general manager says, “Quite a few of the people had actually brought props in. They’d brought in the duvet covers and the cardboard signs and perhaps the very sickly looking pet.”

The TVNZ online version of the story was headlined, “Beggars pretending to look homeless by bringing props to streets”.

Marcetic was unable to locate a copy of the supposed survey. Neither the police, nor the Hamilton Central Business Association, nor other organisations contacted were able to find any record of it.

In a statement to the Spinoff yesterday, Gillespie was upfront:

“Your story has raised legitimate questions around the survey we quoted in our October stories.

“We’ve since reviewed both our online and TV stories.

“The online version attributes the information about a survey to the Hamilton Central Business Association spokesperson. But this attribution was omitted from the broadcast version of the story.

“We didn’t verify there was a survey with Police and we should have. This was a regrettable error – and not up to our usual high standards.

“We’ve now taken down both the broadcast and text versions of the story.”