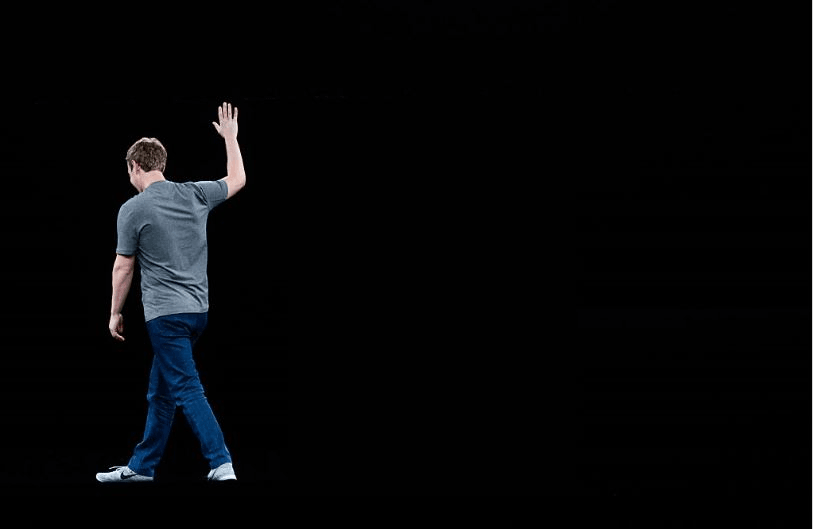 Stuff has taken the sword to Facebook. Is it the start of a media revolution?

In quitting the social media giant, Stuff has taken a risk. But the gamble is not as big as it may seem, writes Hal Crawford.

Ceasing all activity on Facebook is a bold move for a news publisher, and I’m not surprised that it has come from the company now owned and run by Sinead Boucher.

While Stuff’s “experiment” in pulling news from Facebook may seem like just another sign-up to the global advertising boycott that began as a reaction to hate speech on the platform, it’s in keeping with an independent trend for NZ’s biggest news site.

It’s also symbolically important, with a news company putting its money where its mouth has been and foregoing significant traffic. Since 2018, Facebook has increasingly been the whipping boy of columnists all over the world, but publishers have continued to post their content on the platform.

Let me lay out now the particular circumstances that have allowed Stuff to make this move now and why other media won’t be following any time soon.

A memo sent to Stuff staff on Monday morning instructed editors and journalists to stop updating official Stuff Facebook and Instagram pages. News media pages usually have new stories posted several times an hour through the day. For most publishers these posted stories are vital: news sites get anywhere from 10%-60% of their traffic from Facebook.

While Stuff will still be getting some traffic from Facebook – because members of the public will still post stories to their own feeds – they will lose the majority. The Stuff Facebook page has more than 950,000 followers.

Because of Stuff’s long history and audience build it has big direct homepage traffic: that is, people who go straight to stuff.co.nz. This is healthy traffic; people who understand where they are going and will probably look at multiple stories.

I had a similar experience while working at ninemsn, a now-defunct publisher with big homepage traffic that was once the biggest digital news site in Australia. While ninemsn was different from Stuff – with its newspaper content – our Facebook referrals stood at 20-30% of traffic. I expect Stuff to be around the lower end of that scale, and it’s not going to lose all of that from just stopping posts. All in all, I guess New Zealand’s biggest news site will take a 15% audience hit.

Unfortunately we may never find out whether I am right in that guess, because Stuff have pulled out of the monthly measurement tool that allowed NZ news sites to be ranked by audience size.

Since at least 2016 – that’s as far as my records go back – Stuff have dominated the Nielsen news rankings. Now they are no longer part of the system, they don’t have to worry about nemesis NZ Herald claiming victory. The usual margin between these arch-rivals has been roughly 10%.

The Facebook boycott is strongly in line with CEO Sinead Boucher’s long aversion to the social giant. Boucher and her team were freed from the shackles of media convention when she bought the company from Nine for $1 in May. Someone who has made the difficult leap from editorial boss to company boss and now owner, Boucher has a revolutionary’s heart. It is typical that she would set up a situation where her editor-in-chief, Patrick Crewdson, could ditch Facebook.

I also need to point out that Stuff is not exactly risking the farm on the boycott, and the reasons why are the same reasons Facebook is in trouble in the first place.

This is an “experiment” because Stuff knows it can go back any time it likes. It won’t be punished by Facebook, because Facebook really does believe it is a platform, not a publisher, and that its interests are not served by getting involved in content. As willful as the actions of Mark Zuckerberg seem from the outside, the overriding driver of not censoring hate speech and disinformation are the same they always have been: when you are providing a platform you provide it to all comers. The constraints Facebook recognises are legal, which is why it saves most of its energy for matters of regulation.

In its unilateral action, Stuff has partially made real a threat doing the rounds in media: a news boycott of Facebook and Google. Facebook has responded – in the face of impending regulation in Australia – stating it doesn’t need news and that its business wouldn’t skip a beat without it. While I think it may have underestimated the social capital of accurate news, I believe it about the business. Most people in news think Facebook is either bluffing or deluded.

I don’t think we’ll ever find out. The Stuff experiment will probably end when the struggle for audience becomes even more acute than it is now. Everyone in digital news remembers the dark times of 2018 when Facebook changed its algorithm and traffic dipped across the board. That was horrible enough, but what Stuff are doing to themselves exceeds that cut. As for the world at large: there will always be someone willing to serve news to the world’s social network.