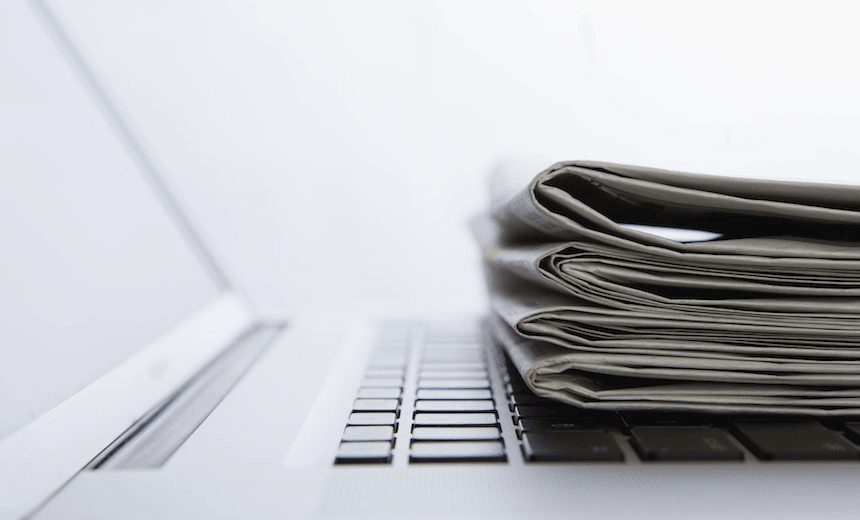 New Zealand deserves better than fake news and clickbait, and we’re doing something about it

By Marianne Elliott
Guest writer
Made possible by

Marianne Elliott of ActionStation explains why they’re launching a People’s Commission into Public Broadcasting and Media.

In the wake of Trump’s victory, the world seems to have finally woken up to the dangers of getting our news via memes in our social media bubbles, and to the critical role of quality, independent journalism in keeping us safe from megalomaniacs and their “alternate facts”. But even before the American campaign of last year, not everyone was dozing.

Panel discussions on the future of journalism in New Zealand have abounded in the past two years. Some of our best and brightest have weighed in, including the Spinoff’s own Duncan Greive. Last year Freerange Press published an entire collection of essays on the topic. And it’s not only those in the industry who’ve been paying attention.

When we launched ActionStation almost three years ago, our first big crowdfunded action was a full-page advertisement in the Herald. The ad took up the recommendations in Nicky Hager’s Dirty Politics including a call to “increase and secure funding for high quality public interest news broadcasting”. More than 2,000 people chipped in almost $9,000 for the ad, which in retrospect might have been better spent funding some investigative journalism. Today, we’d be more likely to do the latter.

Since then, the state of public interest journalism has continued to be a cause for concern, for those in the industry and for the public. ActionStation’s largest campaign ever was #SaveCampbellLive, when almost 100,000 people came together to stand in support of their beloved current affairs show.

After the deep cut of Campbell Live, the slow bleed of news from TV3 continued with the death of the 3D investigative unit and the departures of Mark Jennings and Hilary Barry. Meanwhile, I get emails every week from people who want ActionStation to campaign for funding increases for RNZ, who scrape by today on the same funding they had when the current Government came into power almost a decade ago.

Clickbait. Fake news. Media mergers. Layoffs. If you’re of a pessimistic temperament, you’d be tempted to think the end of journalism is nigh. But in the midst of all this bad news for news, there are some shining lights.

Kirsty Johnston’s Under the Bridge project at the Herald, produced with funding from NZ on Air, shows not only that investigative journalism is alive and well in New Zealand, but also that new digital forms of publication and distribution are rendering old distinctions between, for example, print and film obsolete when it comes to both storytelling and funding.

Meanwhile Paula Penfold, Eugene Bingham and Toby Longbottom are now at Stuff Circuit, where they keep doing what they did so well at 3D, telling important stories and uncovering injustice. Mike White, Rebecca Macfie, Donna Chisholm and others are writing award-winning long-form pieces for North & South, The Listener and Metro. The Scoop Foundation funded their first investigative journalism project, a series by Alison McCulloch on postnatal depression in New Zealand. And here at The Spinoff, an experiment in crowd-funded journalism showed that new funding models might be more viable, given the right conditions, than their critics had predicted.

Despite funding constraints, RNZ has managed to scoop up both John Campbell (and his producer Pip Keane) and Mihingarangi Forbes, update its website (finally) and step up digital engagement generally. Who would have predicted, 10 years ago, that one of New Zealand’s most popular new social commentators would be an illustrator and comic artist whose work is published by a radio station?

So there are bright spots, but even they are surrounded by uncertainty. Advertising dollars continue to slither over to Facebook and a proposed merger between NZME and Fairfax may either be the saving grace, or the final nail in the coffin, of print news in New Zealand, depending whom you ask.

The good news is that lots of people care about the future of the media. Thousands of ActionStation members care enough to have funded a People’s Commission on Public Broadcasting and Media. We’ve joined forces with the Coalition for Better Broadcasting and six industry experts to run a crowdfunded investigation into the current state, and future prospects, of public interest broadcasting and media in Aotearoa New Zealand.

From February 19 to March 26, our panelists will travel to Auckland, Wellington, Christchurch, Dunedin, Nelson and Tauranga holding collaborative workshops with the public and other media experts who will generate ideas about how we can drastically improve the media landscape in this country. People are also able to make submissions online.

Using those submissions, and research from around the world, we’ll put together a people-powered report with key policy recommendations to government to fix media and broadcasting. These could include: more funding for public broadcasting, support for new models of public service journalism, or something else entirely. The plan is to deliver the report to the government before Budget Day on May 25, and then work together to make public broadcasting and media a key issue this election year and beyond.

Our panelists – Lance Wiggs, Bill Ralston, Kay Ellmers, Lizzie Marvelly, Mark Jennings and Shamubeel Eaqub – have a wide-range of views about what’s working, and what’s not, in media and public broadcasting today. Through this project, they seek to better understand New Zealanders’ views toward media, and our hope is that together we can design something that works better for New Zealand.

Read more and find out how you can have your say at www.makeourmediabetter.org.nz