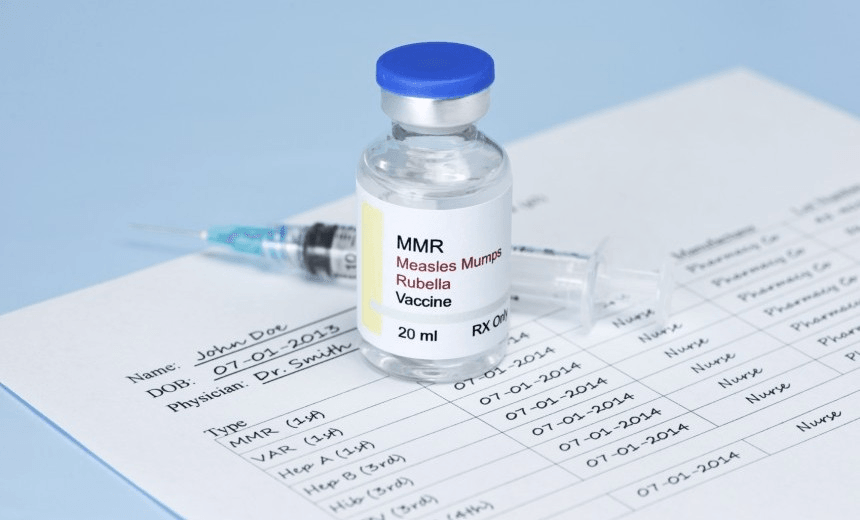 A herbalist anti-vaxxer on Morning Report? I’d laugh if I weren’t so bloody furious

RNZ needs to do some serious soul-searching about its decision to give a platform to non-scientific nonsense, writes Dr Siouxsie Wiles

As I write my blood is boiling. I’m in a rage. There is a measles outbreak going on in the Waikato region, with over 20 confirmed cases. It looks as though the virus has also spread to the South Island, after a teenager who recently visited Hamilton returned home to Nelson with the disease. Despite what some people might believe, measles is not a harmless childhood illness. The measles virus can lead to life-threatening complications in up to a third of people infected. Complications such as swelling of the brain (encephalitis), blindness, severe diarrhoea, ear infections and hearing loss, seizures and pneumonia. Pregnant women who get measles risk having a miscarriage or going in to premature labour. The measles virus is one of the most contagious viruses we know. Scientists have a number for how contagious an infectious disease is, called R0 – the number of susceptible people one person is likely to infect (there’s an awesome infographic on the measure here). R0 for the common cold is 6. For Ebola it’s about 2. For measles it’s 15.

The good news is that measles is preventable – just two doses of the MMR vaccine (a combined vaccine against measles, mumps and rubella) are enough to keep the measles virus at bay. Medical officers in the Waikato and Marlborough are working hard to stop measles spreading any further, shutting some schools and barring students and staff from returning until they can provide evidence they’ve been vaccinated. RNZ’s Morning Report covered the story this morning, with Guyon Espiner interviewing the Waikato District Health Board’s Dr Richard Hall who advised all schools in the region to start looking at student’s vaccination records, and for those who aren’t vaccinated to get vaccinated.

So far so good. But, later in the morning, Susie Ferguson interviewed No Forced Vaccines spokesperson Katherine Smith, who countered with her belief that the people who end up in hospital with measles are there because of bad advice from their doctors and the Ministry of Health. In Smith’s view, people with measles should consult their doctor or naturopath for nutrition advice, and in severe cases take high-dose intravenous vitamin C. She also took the opportunity to reflog the dead horse that is the supposed link between the MMR vaccine and autism (“I personally know quite a number of families who have children who are autistic, who were perfectly fine before they had the MMR vaccine”).

That’s right. Smith’s anecdata, based on a disgraced former doctor’s retracted publication, trumps conclusive evidence that there is no link between autism and the MMR vaccine. To be clear, despite how certain Smith sounded, there is no reliable scientific evidence for anything she said. Yes, she may be able to provide peer reviewed papers of case reports where someone who had high dose intravenous vitamin C survived an infection. But here’s the thing: just because two things are correlated, doesn’t mean they are related. Hell, the rise in autism diagnoses also correlates with the rise in organic food sales, but I don’t hear anyone yelling that organic food causes autism. And while I’m at it, naturopaths aren’t doctors, or indeed trained medical practitioners, whatever they would have you believe.

While Susie was clearly unimpressed by Smith’s arguments, we have to ask why, in the midst of an outbreak of a serious infectious disease, our national broadcaster saw fit to give airtime to an anti-vaccination proponent with no medical training. Smith is a herbalist, which anyone can become by “training” online for two hours a week for a year, with no examination, but after paying $575 in tuition and administration fees. False balance like this risks lives. And while Morning Report appeared to soon realise their error, conducting an interview with the Immunisation Advisory Centre’s Associate Professor Nikki Turner, RNZ needs to take a good look at what happened this morning and learn from it. Because Smith’s interview has done a great disservice to our country, pulling scientists and medical practitioners away from doing real science and treating patients, to debunk non-scientific nonsense that puts lives at risk.