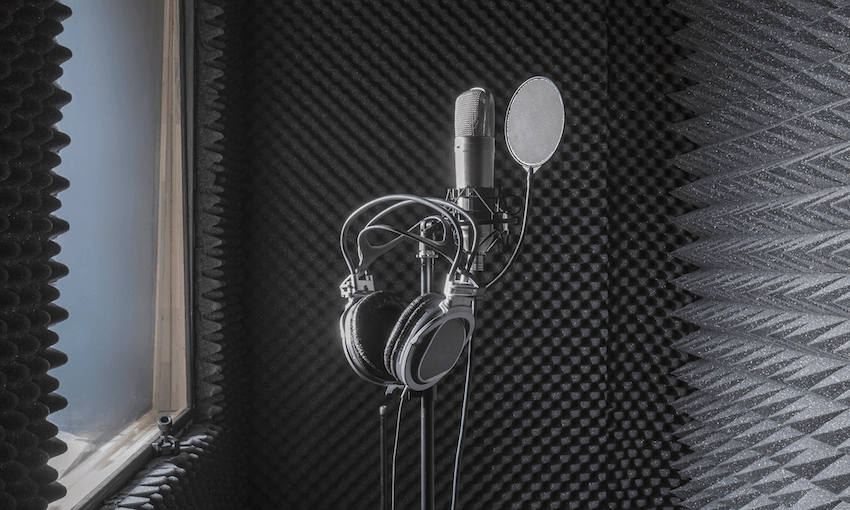 Good c*nts and pōkokohua: What words do New Zealanders find most offensive?

The latest Broadcasting Standards Authority survey on offensive language is out, and it shows as a nation we’re becoming more progressive and nuanced about how and why we take offence. Some strong language to follow.

Alas for broadcasters, that the word considered most offensive by the general public is also one of the easiest to have just slip out. There’s been Heather du Plessis-Allen stumbling over “credit crunch” and Matt McLean trying to say “country.” It’s even happened on the venerable old BBC. The accidental dropping of a C-bomb is exciting precisely because of the shock – almost nobody ever says the word cunt deliberately on the airwaves.

Even so, attitudes to offensive language being broadcast are changing in very interesting ways. Two particular trends are clear in the Broadcasting Standards Authority’s latest survey – some of the “traditional” swear words and blasphemies are becoming more acceptable to the general population, but words with their roots in bigotries are becoming less acceptable, to the point where new words are being included on the BSA’s lists based people telling them what words they find offensive.

Just as an aside here – there will be horrible slurs written out in the following section, for the purposes of clarity and accuracy. These are not words that I personally would use in any other context.

First of all, the proportion of people who find variations on cunt and fuck offensive have dropped dramatically since the last survey in 2013. Perhaps that’s because of the increasingly proliferation of constructions like ‘good cunt’ or even ‘sick cunt,’ which completely reinterpret the meaning of the word. Or perhaps swear words of which the origin is a bit hazy simply lose their punch over time. But cunt, Jesus Fucking Christ and motherfucker are all down 9% on this list, which is quite a drop in five years. Interestingly, shit is up to 18% of respondents finding it offensive in all contexts, but from a low base of 12%.

When it comes to blasphemy, taking the lord’s name in vain is causing less pain. That perhaps mirrors a corresponding slow decline in active religious belief in New Zealand. In 2013, 31% of respondents found ‘Jesus Christ’ offensive, that’s now just 19%. Those who identified as Christian still had “higher or significantly higher levels of unacceptability for most words.”

However, the perception of slurs based on bigotry is also changing. For the first time, the survey includes words like ‘gook,’ ‘homo,’ ‘chink’ and ‘coconut’ are included on the list, and all have a bit under half of respondents saying they’re unacceptable in all scenarios. ‘Nigger’ is now considered totally unacceptable by slightly more people, as is ‘retard’ and ‘faggot.’ Leonie Hayden recently discussed whether Māori and Pacific people should use the n-word, in an illuminating piece that brings me on to the next important point.

And that point is, context really really matters for all of this. Whether it’s the broadcasting format – from TV drama to talkback radio – the person using the language, or who the language is directed against, we’re becoming less automatic in reacting to the word itself, and more mindful of the meaning behind the use of the word. The survey found that the proportion of people who answered “depends on the context” has increased across the list, and the number of people who said “totally acceptable in all contexts” has decreased.

There are still some aspects of that which are quite shocking – for example, between 5 and 10 percent of people think it’s acceptable to use words like ‘nigger’ or ‘chink’ in all contexts (what the fuck is wrong with you ghouls?) and a whopping 16% say the same about the word ‘coconut.’ That perhaps indicates that there is still a significant undercurrent of racism directly against Pacific Islanders in New Zealand – witness for example the stories of racial abuse being hurled at Pacific rugby players in Canterbury in recent years. It is also possible that some of those respondents feel these words fall into the category of ‘just banter’ – in which terrible things are said between friends because everyone knows it’s all in jest.

The other exciting development on this list is the inclusion, for the first time, of swears from other languages. Terms like ‘pōkokohua‘ – in which the literal translation of a boiled head doesn’t really capture the context of why it is offensive, but is most certainly is in a Te Reo context because the head is tapu. Puaaelo in Samoan translates as “stinking pig,” which I don’t think anyone really wants to be called. But let’s be honest, most of the people who think it’s acceptable to call a Pacific Islander a coconut probably aren’t going to know what puaaelo means.

The final point of all of this though, is that we absolutely should be discussing what we find offensive, and why. These conversations need to happen in order to build more cohesive communities, particularly as New Zealand becomes more multicultural and diverse. The survey is a fascinating snapshots of social attitudes in New Zealand, and the BSA are absolute good cunts for running it.