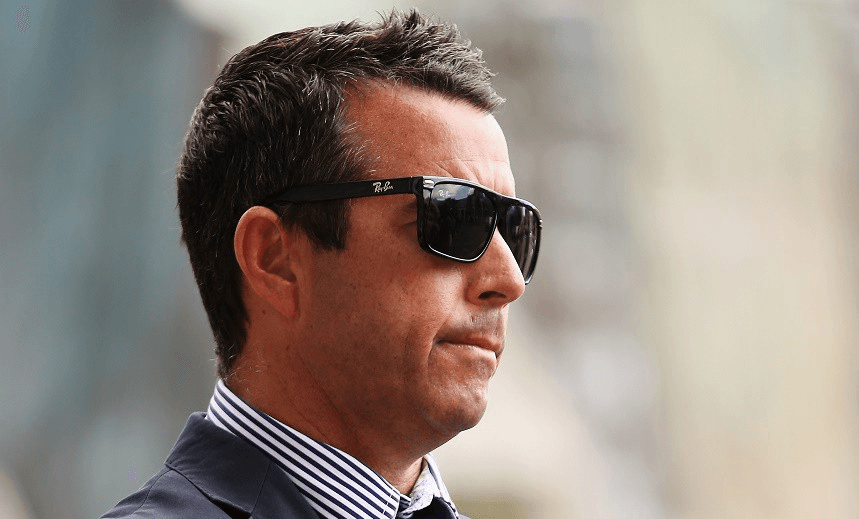 Why is Sky bringing Tony Veitch back to our TVs?

Convicted domestic abuser Tony Veitch is returning to television, he has announced. Madeleine Holden wonders why abusers like Veitch continue to be given prominent public platforms.

Yesterday, Tony Veitch took to social media to announce that he will be appearing on Sky TV’s new show, New Zealand Press Box. He promised it will be “a hard-hitting, opinion-led show that does not shy away from controversy,” before appearing to copy and paste Sky’s press release verbatim. It will be a 30-minute entertainment sport show unlike any other, allegedly, and Veitch and other guests will debate some of the major sporting topics over the last month.

“Hard-hitting” was an indelicate choice of adjective, given that Veitch is best-known for assaulting his then-partner Kristin Dunne-Powell so seriously that her back was broken in four places and she needed to use a wheelchair. Less deeply etched into the country’s consciousness is the fact that he paid Dunne-Powell $100,000 to not reveal the assault publicly, and to explain the injuries as a result of falling down stairs. In other words, not only did he violently beat a woman, he put pressure on her to stay silent and pretend he hadn’t done it.

It’s an odd indictment of New Zealand’s insular culture that in a global climate in which high-profile abusers are being outed and ousted from public life, we are instead choosing to reward our home-grown abusers with coveted media positions. After Harvey Weinstein was revealed to be a serial sexual predator (who, like Veitch, did everything within his considerable power to silence his victims) and fired by his company’s board of directors, a rash of high-profile men – including actor Kevin Spacey, comedian Louis C.K. and US broadcast journalist Charlie Rose – were accused of abuse and faced immediate and meaningful consequences.

Despite receiving a mild sentence of nine months of supervision, 300 hours community service and a $10,000 fine for his behaviour – and then returning to media work less than three years after resigning – there is still a pervasive sense among people who support him that he has ‘done his time’ and ‘learned his lesson’. This, even though just last year he penned an open apology in the NZ Herald in which he minimised his offending, blamed it on stress and anxiety and painted himself as a hard-done-by victim. This, even though there are hundreds of talented New Zealanders frozen out of media roles due to factors including a lack of inside connections and institutionalised racism and sexism, none of whom have broken anyone’s back in a fit of misogynistic rage.

It’s time to get Tony Veitch off our screens forever and let talented people who aren’t abusers have a chance instead. It really is that simple. You can believe in the importance of forgiveness and rehabilitation and still think abusers should forfeit the right to occupy public, highly-desirable, role-model positions. Seeing a known abuser wax lyrical about his ‘controversial opinions’ on broadcast television does two things: it implies to victims that their suffering will never matter enough for powerful men to be held accountable, and it communicates to abusers that they’re in good company and need not face consequences more serious than the extraction of a forced, mealy-mouthed apology. These are two awful messages that Sky could avoid sending by simply not hiring Tony Veitch. (You could simply cancel your Sky subscription, if you still have one.)

Just this week, in the Auckland High Court, a man was found guilty of horrific, sustained abuse of his partner over the span of 17 years. He would punch her in the face most weeks, to the point where she gradually went blind in one eye, and would use “anything he could find” to beat and torture her, including wires, bats and appliance cords, leaving her permanently disfigured. Police investigate an instance of family violence once every five minutes in this country, and an estimated 76% of incidents aren’t even reported in the first place. New Zealand has been found to have the highest rate of family violence in the developed world. We have an urgent, sickening problem with domestic violence in this country, and a culture that abets and downplays it.

One small way of making progress on this issue would be for media organisations to stop hiring known abusers. That alone won’t fix this country’s problem with domestic violence, of course, but it would send a message that abuse is something to be taken very seriously, that it should never be normalised or minimised, and that we hold our role models to a higher standard here. Tony Veitch can work towards rehabilitation and forgiveness out of the public eye while someone more deserving takes his spot. It is not overly punitive to say that a coveted, powerful role like his – one which influences the national conversation and helps shape public opinion – should go to a person who hasn’t broken a woman’s back and dodged meaningful accountability ever since.

Get Veitch off our screens.

A Sky spokesperson has since contacted The Spinoff to make it clear that New Zealand Press Box will be hosted by Bernadine Oliver-Kerby, with Tony Veitch currently only booked to appear as a panelist in the first episode. The copy has been updated to reflect this.

If the events and issues discussed in this story have been triggering in any way, please consider contacting any of the following organisations: