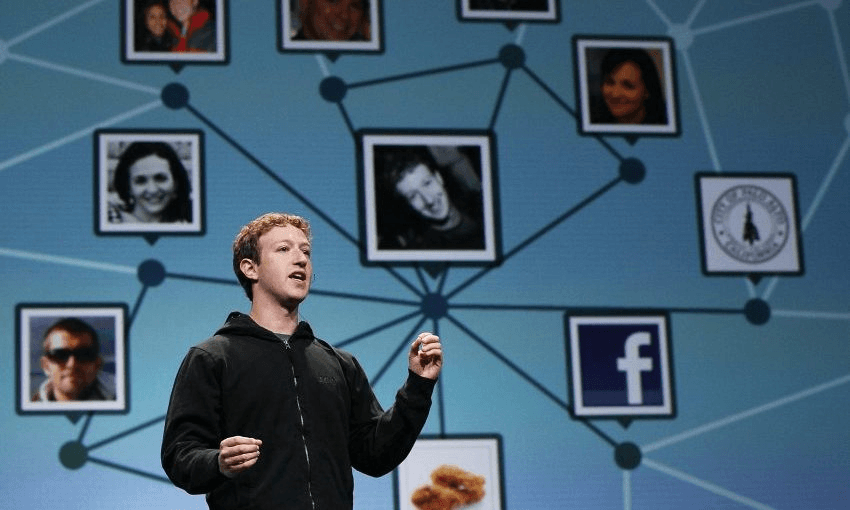 By all means delete the app if you like, but to really strike back against a company that has appears to be indifferent to our privacy laws, we should look to a more powerful tool at our disposal, the law itself, writes Marianne Elliott

If there was anything in this report that might surprise people, it was probably how little the Privacy Commissioner and his office could do about Facebook breaking the law, beyond deleting his Facebook account and advising other New Zealanders to do the same (or, at least, to check the terms and conditions of the platform and adjust our settings accordingly).

This is almost certainly good advice, if deleting Facebook works for you. But for many people it isn’t an option for work reasons alone. Even if I could delete my account, that’s not the only – or even the best – tool we have for holding to account corporations that break the law in New Zealand.

The more powerful tool at our disposal is the law itself. In the face of the increasingly pervasive role digital media is playing in everything from social networking and the distribution of news to political advertising and data storage, it’s time to review our laws and ask are they protecting us and our democratic freedom? Inevitably we will need to strengthen those laws and the regulatory bodies tasked with ensuring compliance with those laws.

Every time someone recommends deleting Facebook as a response to the threats posed by these giant digital platform monopolies, I think about climate change.

Remember when we all first understood that climate change was happening, and it felt simultaneously too big (because the companies benefiting from burning fossil fuels were some of the most powerful in the world) and too hard (because we all felt personally implicated in the problem every time we drove a car or used a plastic bag) to do anything about.

It felt like we’d be hypocrites if we called for an end to coal mining or oil prospecting without first getting rid of our own cars, right?

But now we know better. We can see the fatal flaw in the idea that individual consumers are somehow singularly responsible for reducing demand for a harmful product, without the necessary legislative and policy support for better alternatives. For these big problems, we need systemic solutions. That doesn’t mean we’re not aiming to have more people riding bikes and catching buses, it means we understand now that we need government (local and central) action and infrastructure to make that happen.

In the case of Facebook, the good news is that the government has already initiated a review of our Privacy Act. The current law is almost 25 years old and in urgent need of an update to respond to the massive changes in how data is gathered, stored and shared in the digital age.

I’m not sure why the privacy commissioner didn’t use the release of his report to encourage New Zealanders who use Facebook to make a submission on the review of the Privacy Act when it goes to Select Committee. His office has already made it clear that while they welcome the proposed amendments to the Act, they don’t think they go far enough and will need “additional civil enforcement powers to ensure that New Zealand’s privacy framework is robust and fit-for-purpose”.

He may not have mentioned the Bill because submissions are not yet open. Or it may be that doing so, in the context of reporting on a specific complaint, would have blurred the boundary between the enforcement and advocacy functions of his office. I’m not bound by any such niceties, so I’m here to say: don’t just delete Facebook. Let’s regulate it.

You can get notified as soon as the submission process opens by clicking on the big green Get Notifications button.

Make sure we shape big data not vice versa

This problem is bigger than Facebook – Google probably has even more data about most of us than Facebook – and Facebook’s problems go well beyond a cavalier approach to users’ personal data. At the same time he’s facing tough questions about Facebook’s privacy practices, Mark Zuckerberg has also been called to testify before US congressional committees investigating the platform’s lack of transparency about political advertisers.

Facebook is not alone in its poor track record. Google has also consistently resisted efforts to regulate against the harm caused by these problems. Twitter has performed equally poorly when it comes to policing bad actors using their platforms to harass and bully people, or to spread disinformation.

I’m not pointing out the scale of this problem out to depress us all. We tried that approach to climate change for a few decades and look where that got us. My point is that when the problem is this big, it’s time to look for big solutions.

Here is the main thing I learned at law school: laws are made by humans, to place limits in the interest of public good on human and corporate behaviour. So when new forms of harmful behaviour show up, we can remake those laws to do a better job of protecting us all from that harm.