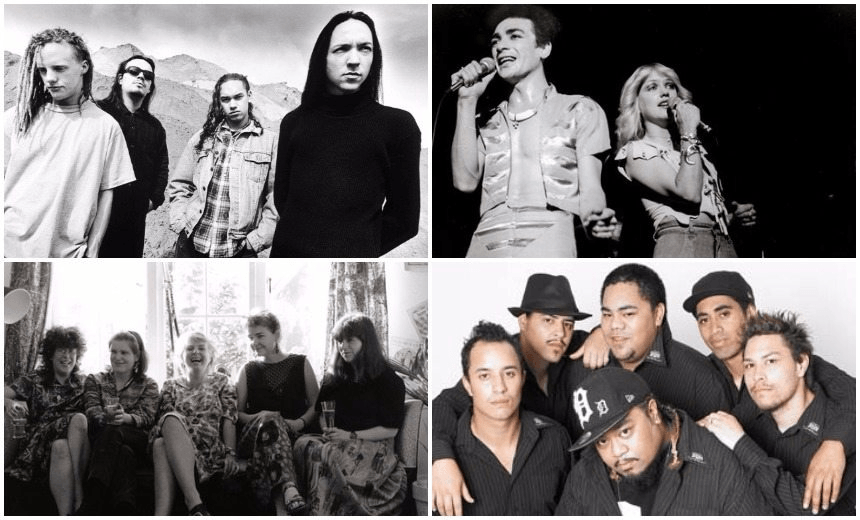 The Great New Zealand Music bracket: Which decade is best? ROUND TWO

While walking through the Volume: Making Music in Aotearoa exhibition at the Auckland Museum, Henry Oliver thought to himself: which decade had the best music? Rather than telling you his answer, he’s asking for yours. This week, round two: only the strong decades survive.

The votes are in, the first round is over. Time to get serious. Time for round two.

The 2000s, our top seed based on number of local songs to reach the top of the singles chart per decade, beat out the 1940s, a decade with only one record to name drop. This was the most decisive victory of the round with the 2000s receiving 94% of the vote. You have to wonder who those 6% were. Did they think so little of the music from our most recently completed decade that they preferred the one with the least documented music in the entire bracket?

The 1970s beat out our current decade in the closest-fought battle, but it was still only 65% to 35%, close close, but still… This is probably the one that surprised me most. Sure the last year or so has been, uh, softer than usual, but what a start to the decade! But I guess the 1970s, for many, is classic New Zealand music, so you can’t be too surprised.

The ‘80s handily beat out the ‘60s, which should be no surprise overall, but 89%? I guess The Spinoff did publish its fair share of Boomer-critiques over the last year or so…

“When the level of quality met its international competition, but beyond that, it was the presence and maturity that let Supergroove [sic], Brooke Fraser, Che/Nesian Mystik simply blossom out.”

“Lots of New Zealand RnB artists like Neisan Mystik emerged in the 2000s.”

“The Boost Mobile Hook Up Anthem”

“A lot of the music has already aged really badly but I have to give it up to the Myspace era.”

“I think New Zealand was beginning to develop a unique music culture in the ’70s.”

[Okay – seems most people who voted for the ‘70s didn’t have much to say about it. Fair enough]

“Flying Nun, for me, is a huge driver of the next 20+ years of NZ music and this is where it started”

“Dunedin sound wins this round”

“No question, if only for Flying Nun. Even now people don’t realise how globally influential much of that music was.”

“Killjoy could win this one on it’s own”

“Lots of great stuff in the 90s (3Ds, Corpus Hermeticum, Proud), although things got impressively terrible / boring by the end of the decade (eg. post-rock)”

And now, onto round two. You know what to do…