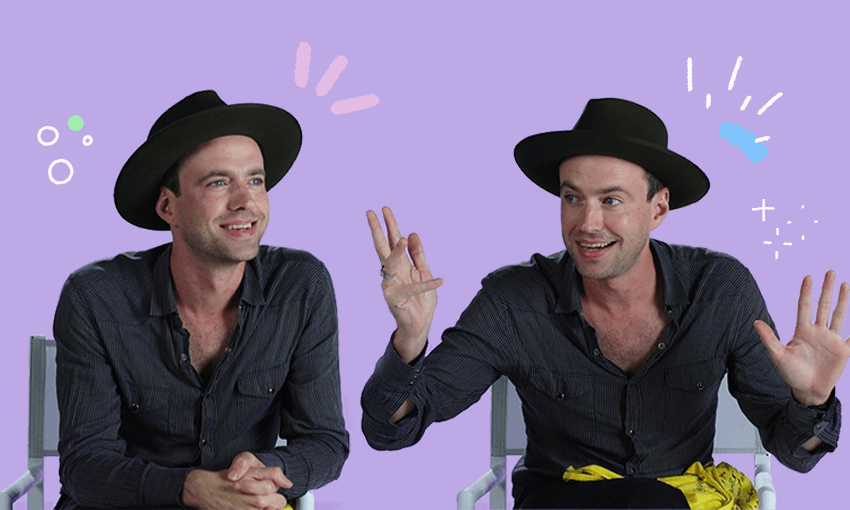 The Veils singer talks us through his first big onstage disaster, first musical hero and more in our new video and podcast interview series.

The list of past winners of the Smokefree Rockquest is stacked with the familiar names of artists who’ve since gone on to enjoy successful music careers. One name you won’t see on that list is Finn Andrews from The Veils, whose high school band famously bombed in front of King Kapisi at the Auckland regional finals.

“We were really pretentious,” Andrews remembers in this week’s episode of FIRST, “so our songs had all these really needlessly eccentric guitar tunings.” The Rockquest lets bands have a guitar tech, which while an exciting prospect for a young musician is also fraught with the possibility of disaster. By the time they got on stage, their guitars were all tuned wrong.

“Rather than just take a minute and retune, we just decided to plow on through it,” Andrews says. Some accounts of this event include the band dramatically storming off stage mid-song. Needless to say they didn’t progress to the finals – though they did get some encouraging feedback from guest judge King Kapisi. “He wrote something very nice, considering. Something along the lines of, ‘shit happens, but you’ve got a nice voice’.”

Kapisi spotted something in Andrews that none of the other judges could see that night. And bombing at the regional finals of the Rockquest certainly didn’t hold back his musical career. He would go on to release five critically acclaimed albums as The Veils, and in 2019 released his debut solo album One Piece at a Time.

The Veils are currently touring New Zealand playing their second album, 2006’s Nux Vomica, along with selections from their other albums. Expect a singer with a nice voice, and for the guitars to be in tune.