On his long-awaited return, the singer-songwriter talks postponed plans, film scores and finding new purpose by paring things back.

At the start of 2020, Merk was getting ready to resurface. Three years removed from the release of his acclaimed and award-winning first album Swordfish, the artist born Mark Perkins had finally put finishing touches on its follow-up, and was beginning to plant seeds for its release. Lead single ‘H.N.Y.B.’ was out, extensive European and American tours (beginning with a stop at major industry festival SXSW) had been booked, and a date had been set for a pre-departure fundraising show at Auckland’s Whammy Bar.

That date was March 11. On March 6, the city of Austin announced that owing to the rapid and uncontrolled spread of Covid-19, SXSW 2020 would be cancelled. Well-laid plans quickly unravelled, and Merk found himself very much at the mercy of the fates. The Whammy show went ahead, but within weeks basically everything else stopped. The moment he’d spent entire years working towards would be deferred indefinitely.

At first, Perkins says he wasn’t entirely fazed by the disruption. “I’m a studio guy,” he explains. “When I’m at home, making stuff on my computer, that’s like, my zone.” The disappointment would come later. “Over the months following I was like, actually this does kind of suck.”

But when we meet, a little less than a year since everything stopped, there’s little to suggest the experience has engendered any enduring bitterness. It’s a typically sweaty late morning at the tail end of Auckland’s long, damp summer, and he’s wandered over from the Karangahape Road flat that houses his home studio. He’s been keeping busy: the album’s been rescheduled, the release tour is booked, and he’s spent a morning deep in the process of scoring an upcoming local documentary series.

It’s only his second work in that medium, after a 2020 collaboration with friend and contemporary Marlon Williams on the score for an also yet-to-be-released feature film, and he’s clearly enjoying exploring a new musical vernacular. But while Swordfish-era Merk no doubt had a rare gift for melody, given the tendency of his early work towards a kind of Bolan-on-Sesame-Street hypercoloured glam rock it feels fair to say that the move to soundtracks may come as some surprise. When pressed, Perkins says although the new medium does introduce new challenges, it’s also helped him approach his writing and production in a new way.

“It’s a different form of storytelling,” he explains. “I just think that cinema is like the art of arts…it’s the culmination of every [artform]. And I guess what I’m enjoying at the moment is the humbling process of learning; being not so good at something necessarily, and then having to learn that new skill. As I get older, I feel like those opportunities come less and less, where you’re put in a scenario where you don’t know everything, or anything.” 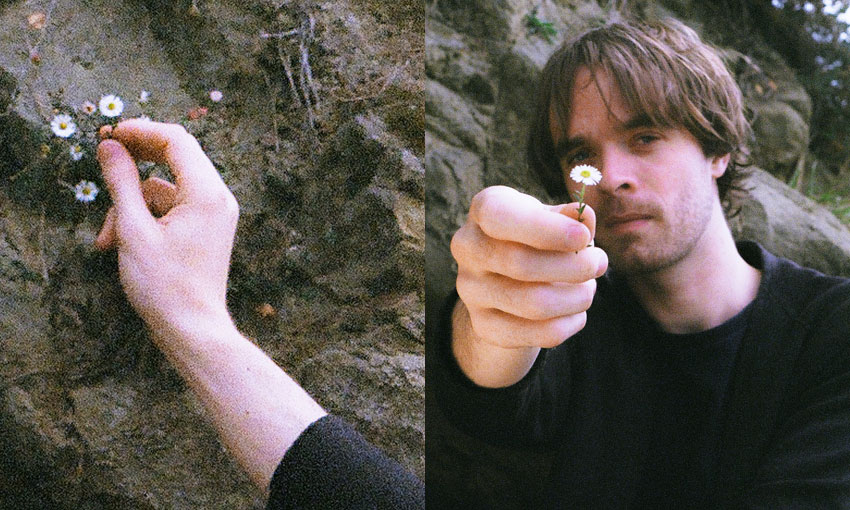 It’s a move which also makes slightly more sense in the context of his new album. Released earlier this month, Infinite Youth marks a clear departure from the sound and the songs with which he initially found an audience. There’s clearly a common lineage between the records – he hasn’t entirely lost the playful irreverence of Swordfish, and he’s no less adept in coaxing earworm hooks from the most unassuming of places – but where previously he’d leaned into his maximal instincts, here the sonic references are broader, the arrangements more ornate, the compositions subtler and more refined.

It’s a change he credits in large part to Johan Carøe. A Danish soundtrack composer and electronic musician, Carøe first crossed Perkins’ path when both attended the Red Bull Music Academy in 2016. Their quick kinship would soon evolve into an enduring friendship and a subsequently fruitful creative partnership, and while there’s a degree of separation between the two artists’ respective wheelhouses, Perkins says that’s where at least some of the creative attraction lies.

“Johan doesn’t really like indie music,” he says. “But that’s what excited me about working with him.” As well as his considerable technical input through the process – parts of the album were recorded at his Copenhagen studio, and the pair collaborated extensively online too – Carøe would serve as both foil and quasi-coach for Perkins throughout the extended creative process.

“When I started making Infinite Youth I was quite bored with strumming guitars. Because I’d recognised that pattern in myself, where a lot of my songs followed that format of, like: strum, guitar solo, big chorus. Which is great, I love that stuff, but I’ve done it. I was really ready to create something new.”

In some ways, creating something new meant forgetting old defense mechanisms. Perkins’ songwriting has always leaned autobiographical, but he admits that at times the aesthetic of his work has distracted from the text. Carøe’s take was succinct. “Johan was basically like, ‘those funny synths [on Swordfish] are cool, but you’re hiding. You’re downplaying your emotions by being like ‘check out this cool sound!’’ So we worked a lot on cutting to the core.” 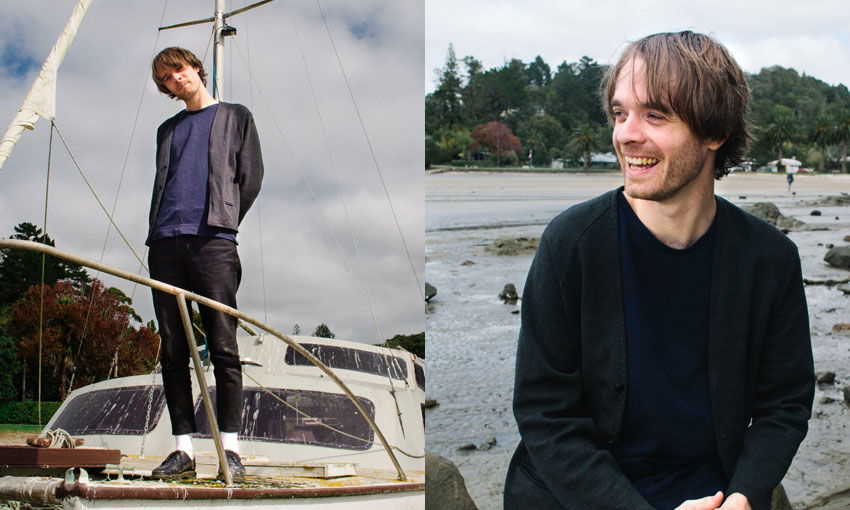 Listening to the finished product, it’s clear that its creators took that idea to heart. Infinite Youth is an engrossing, immediate record, built from songs which feel at once intricately constructed and lavishly expansive. Perkins describes his and Carøe’s shared intent as “Steve Reich, but played by The Carpenters”, and the DNA of those polar pillars of American minimalism is for sure apparent, but it’s also a record where Haroumi Hosono-inflected city pop vamps (‘GOD’, ‘Deep Dive’) sit comfortably next to Harry Nilsson-via-Grandaddy introspection (album bookends ‘H.N.Y.B.’ and ‘Infinite Youth’), and where the indisputable showstopper (penultimate track ‘But She Loves You’) transitions effortlessly from gentle piano balladry to lush symphonic disco in a scant three minutes.

It’s also an album which feels impossibly prescient of the moment in which it landed. Although it’s not a Covid-era album as such – in that it was mostly completed by the time the virus even became a consideration – there’s an intimacy and a directness which feels remarkably fitting to our cultural moment. It’s easy to imagine couplets like “All our friends / are sadder than they were last year” from ‘Happiness’ or “Always spinning faster / into the plughole revolver” from ‘Laps Around The Sun’ taking on a particular resonance at a time when the world seems to be collectively taking stock of exactly how meaningful our pre-pandemic priorities were.

Maybe the strangest instance of this accidental timeliness comes via early-album standout, the bubbly, surf-tinged ‘American Parties’. Taken in the current world context, its earnest platitudes feel sardonic to the point of being at least a little bit acidic; the idea that anyone’s looking to that particular country for anything other than a cautionary tale right now feeling borderline unbelievable.

“I wrote that song for Swordfish, in 2015. And it was, like, kind of genuine at the time. Because a lot of my friends were going over to do music in LA, and doing really well… it was less about America so much as it was about me being lonely. But every year I feel like it takes on a new meaning, since it’s sat unreleased, and I’m so intrigued to see what people think of that song. I feel like my job is done: I’ve made it, and now people can do with it what they want.”

Across our conversation, that attitude – of accepting that his creative labours will inevitably take on supplementary or alternate symbolism – begins to feel like something of a guiding principle for the Merk project. It’s clear beyond doubt that the music he’s making means the world to Perkins, but he’s careful to allow for distance between what the songs mean to him and what they’ll come to mean to an audience. And in terms of how he expresses those creative impulses in future, he’s optimistic that the seeds planted in the making of Infinite Youth will continue to bear fruit.

“I think we did a lot of groundwork with this one. And hopefully [with future albums] I won’t have to deconstruct the whole thing every time and build a new one. Maybe we can hang out here for a bit. Try to perfect it, a little bit.”

This content, like Merk’s album Infinite Youth, was created with the support of NZ on Air. Merk tours Aotearoa in May 2021 – visit Undertheradar for show details and ticketing.