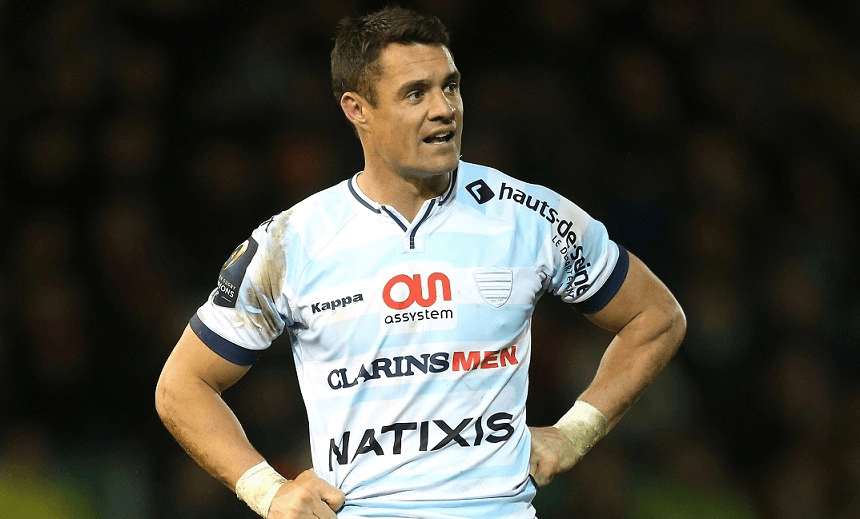 Analysis: Would Dan Carter’s new side get wasted in Super Rugby?

By Lee Calvert
Guest writer
Made possible by

Dan Carter’s Racing 92 is battling Saracens for the European Champions Cup this weekend. But would either side make the playoffs in Super Rugby? And what does this have to do with dog racing?

In the 1980s, dog racing would often, unbelievably, be the first sport covered on the BBC’s flagship midweek sports show, Sportsnight (best theme tune ever). Its coverage coincided with the careers of two of the greatest dogs ever to grace the track – Scurlogue Champ and Ballyregan Bob.  The Champ liked a longer race, often running near the back of the field until he decided to kick in the last lap and gas to the line. The crowds loved him for it. Bob liked to chase the hare, leading from the front to win by miles in any length of race. Both hounds won shitloads of races and set numerous course records but due to their difference in style, they didn’t race against each other until their owners were made an offer they couldn’t refuse.

On 12 December 1985 – at Wembley of all places –  the great match-up took place.  Ballyregan Bob romped home eleven lengths clear. But Scurlogue Champ’s fans complained bitterly that he had no chance in a race of such short length. The debate continues to this day. People in the UK can’t agree which of these hounds was the best of all time, and that’s before you throw in the rest of the world. Many in Australia would argue that one of their own is the greatest, including the most recent example, Fernando Bale.

This weekend the European Champions Cup will be contested in Lyon, with Saracens taking on Racing 92 to see which is the best team in Europe. Saracens are the Ballyregan Bob of the match-up – imperious without being exciting – and while fans respect them, they tend not to like them very much. Racing 92 play a more inspiring brand of rugby. They have the Scurlogue Champ-esque approach, playing what’s in front of them before doing something exciting to win, and they have a nicer kit, which goes a long way. And, also, Dan Carter.

The game on Saturday will clearly decide who is the best in Europe, but how would these teams fare in Super Rugby?

Racing 92 have some pretty big parts (insert your own Mike Phillips joke here), with Carter, Castrogiovanni, Luke Charteris, Juan Imhoff, Maxime Machenaud, Chris Masoe – going for his fourth Champions Cup on the bounce this weekend – and so on.   But for all their often breathtaking verve, they can still be very average too often and, like Saracens but for different reasons, would end up coming up short against the very best.

Saracens are notable for their lack of superstars. Yes, they have internationals, the most prominent  being a resurgent Owen Farrell and the wunderkind Maro Itoje (seriously, believe the hype, he’s incredible). But arguably their most important players are fullback Alex Goode, who is intelligent but plays with the pace of a traction engine; Duncan Taylor, a wiggy-headed Scottish centre who few (read: no-one) rated until this season; George Kruis, a solid but destructive lock and Brad Barritt, an inexplicably effective centre who plays rugby like a constipated orangutan attempting to skateboard on any other team, as England’s RWC2015 campaign demonstrated.

Yet when brought together under the leadership of the clearly brilliant Mark McCall, they were literally unbeatable for most of the season through a combination of a clearly understood approach, a tenacious defence built by Wolfpack Paul Gustard before he departed for England, and players capable of making good decisions at key times all over the park. Many jokes are made about them resembling The Borg, such is the inhuman nature of their ruthless efficiency and effectiveness, but would they trouble the upper echelons of the Super Rugby table? No.

Being more than the sum of your parts gets you so far, but it comes a cropper when you come up against teams whose parts as well as their whole are just that slight cut above. After all, a team that contains a scrum half choice between Richard Wigglesworth and 147-year-old Neil de Kock can’t really be that good, can it?

Many will ask what the point of such an analysis is – that the All Blacks’ dominance at international level is so all-consuming that this is all the evidence you need that Super Rugby is better. Not so. Toulon of 2014-15 would have been in with a good shout of winning a Super Rugby title, such was the quality of their shipped-in talent, mixed with the best French and European players on offer. Next season, when Racing dip into their owner’s enormous cavern of money again, who is to say that their team could not become as good, or that Saracens could not find several more Itojes?

Nobody – not a world-famous actor like Rebel Wilson nor a lowly editor like me – should have their own coming out usurped.
By Madeleine Chapman
Editor
Opinion
13th June, 2022

A good local board is a diverse local board.
By Toni van Tonder
Guest writer