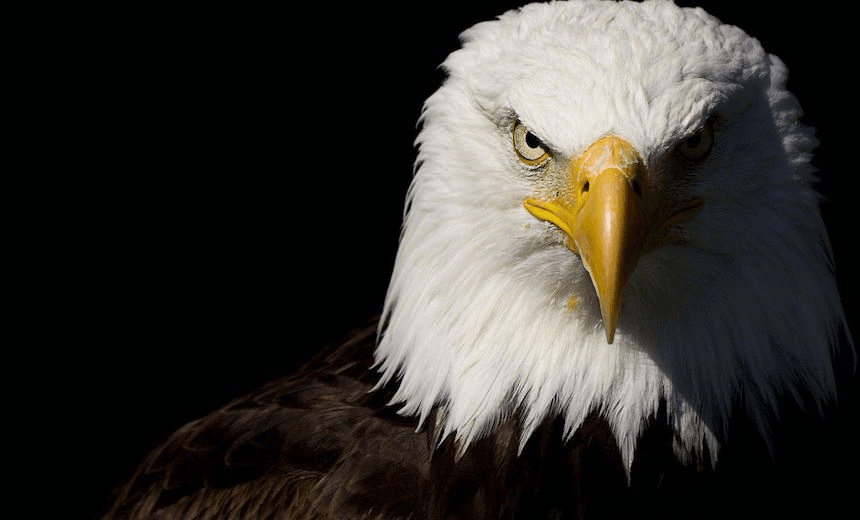 We are always comparing ourselves to other parents, but comparing yourself to animals probably isn’t always a good idea. Thom Adams explains why.

Mother hens, tiger mums, pangolin dads… as parents, we do have a habit of comparing ourselves with animals. Granted, that last one is fake, but the other two get thrown about far too much and it’s not healthy. Comparing ourselves with awesome animal parents is a terrible idea. It’s hard enough to look at other parents and wonder why their child is sitting so placidly in their arms instead of thrashing like a rabbit frantically doing crunches without making comparisons outside of our species.

No, what we should be doing is comparing ourselves with the shitty animal parents. The ones that have such flagrant disregard for the dignity and wellbeing of their young that you wonder why their species hasn’t wiped itself out yet. Animals like these:

What’s not to love about bald eagles? The regal symbol of America and the proverbial canary warning us of the shitstorm in a coal mine that is Donald Trump.

Bald eagles also invented fight club. In fact, they’re born into fight club. You see, beneath that proud, only slightly thinning exterior is a barely repressed love for blood sports. So barely repressed that they’ll take any opportunity to encourage it. Say, for example, in their young.

You’d think having two eggs successfully hatch would be good, right? Carry on the species etc etc. No. For a bald eagle, the best part about having two young is the inevitable point where they fight to the death. While you watch, emotionless. Maybe gently nudging a broken pool cue to within arm’s reach. Maybe preparing to engrave the title belt with the name of the victor.

Biologically this makes perfect sense. Putting more effort into raising one fledgling and drastically increase its chances of survival is better than splitting resources and risking both dying. Or at least that’s what they tell themselves as they place bets on the winner.

Imagine you’re hungry. You can see there’s some delicious fruit sitting in that tree but you know you’re far too heavy to climb up to get it. Then comes a brilliant idea. What if you had a child, and that child could climb up to get the fruit? The child eats the fruit and then, obviously, you eat the child. It’s so simple!

Now if you’re a Komodo dragon, this makes perfect sense. Komodo dragons, found on several Indonesian islands, have been known to reach up to 3 metres in length despite very little in the way of medium-sized prey available to sustain them. However, there’s plenty of small prey available that would be almost impossible for a fully grown adult to catch but easy enough for a smaller, more agile dragon.

What this means is that Komodo dragons have developed a way to eat bugs and tiny creatures by using their own young as a middle-meal. If you want another analogy, imagine that the adult dragons are the Boomer generation and their young are the millennials. The Boomers can’t get enough money to buy even more houses to support their lavish lifestyles of eating nothing but venison and basking on hot rocks in Indonesia. However, they can get access to the smaller salaries of millennials by renting out the houses they already own at ‘market’ rates. And so the ecosystem thrives.

So you see? Cannibalising your young is nothing new. Komodo dragons just found a nicer way to do it.

We’ll start off by noting one really really cool thing about Tasmanian Devils: their babies are called imps. Now let’s talk about how terrible their mums are.

The Tasmanian Devil has four teats.

And averages about 25 imps.

Which means they have evolved to lose over 80 percent of their young with every litter. And don’t get any noble ideas about this guaranteeing that only the strongest survive. Oh no. Some are just going to be lucky as shit. Of course, that’s the thing that most people don’t get about nature – being lucky as shit can be as important as possessing the strongest genes. Case in point? The other day I put the remote control in the freezer and my wife just taught herself how to make ornate cloth dolls from scratch.

But let’s say that you’re one of the strongest/lucky ones. You’re now forced to hold onto that teat for up to 100 days as you grow. Which is good right? Mostly. You see, there’s this wonderful crossover where the imps are large enough to touch the ground, but not large enough to let go of the teat. This means it’s not uncommon to see a mother Tasmanian Devil running while all four of her babies are dragged behind her. I assume over thorns, stones, and maybe the occasional comically placed rake.

I mean, this would all be surprising until you find out a bit more about every other batshit insane aspect of the life of a Tasmanian Devil. Google it. I fucking dare you.

So there you go. Before you start believe that good parenting ‘comes naturally’, understand that for many animals what comes naturally is a Kafkaesque nightmare fuelled by the unyielding demands of evolution. In fact, if nature’s telling you anything, it’s to go easy on yourself. You’re doing fine. And if you’re still wondering how to get that fruit, might I suggest a ladder?

Thom Adams is a science educator and parent-time comedian. A gigantic nature and politics geek, he’s instilling the virtues of making accurate animal sounds in his daughter who insist on calling giraffes cows to mess with him.