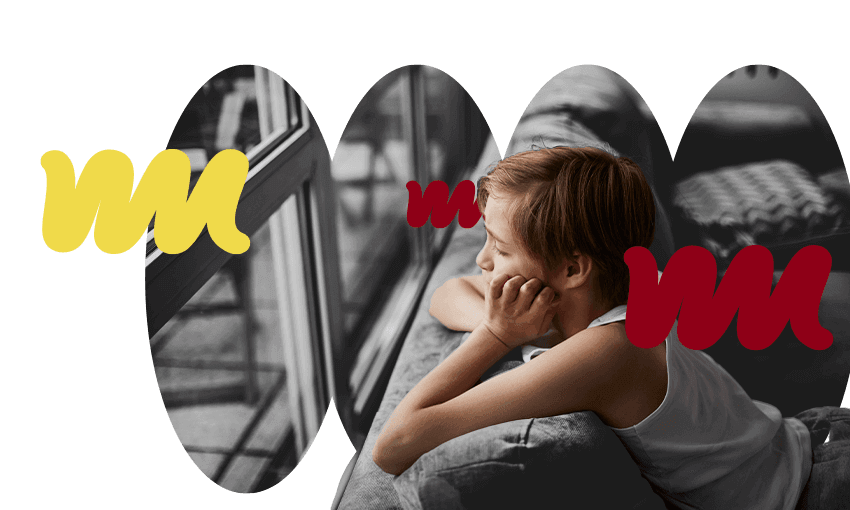 Autistic children are suffering in this pandemic

The Covid-19 era has been tough on many children but for neurodivergent kids, the daily struggles can be almost too hard to bear.

“I don’t want this life any more.”

These were the words that nine-year-old Henry* said at the dinner table that devastated his mother. It came almost two years into the pandemic, a pandemic that had taken an extreme toll on Henry.

“My heart… it just exploded,” Henry’s mum Emma* says, searching for words. “In all the wrong ways.”

Henry is autistic and ADHD. He is a born comedian who loves puns, and is gifted academically. He is also highly anxious, literal, and cries often due to the overwhelming nature of life in a Covid world.

For a child who is naturally anxious, Covid-19 has had an incredibly brutal impact on Henry’s sense of self. Emma says he is often in a state of being overwhelmed.

“At the beginning of the pandemic, it was missing school that had the biggest impact. He loves structure and predictability. He doesn’t like things changing and there were, and continue to be, changes all the time. And as the rules were changing, there wasn’t the foundation of school to just anchor him.”

Henry, who had never been violent before, began lashing out at his family. His self-esteem and confidence dropped as he felt he was falling behind in class.

“Concentrating is hard enough in the classroom for kids like him; it’s harder still when you’re staring at a bunch of little spaces with little faces that are constantly changing and moving – he can’t learn this way, this is not the way his brain works.”

He found solace in gaming as his world shrunk, finding comfort in a place that was easier to control. And he began washing his hands – a lot.

“He is very literal, so those messages about washing your hands, he really got into those. As soon as he touches food, he’ll get up to wash his hands. He gets up two to three times during dinner to wash his hands. He’ll yell at his brother and sister if they haven’t washed their hands enough.”

Henry won’t touch anything that someone else might have touched. At one stage he wouldn’t let his mother tuck him into bed because it involved touching the sheets. When he was exposed to Covid-19 under phase two of the omicron response and had to go into isolation, he refused to leave the house and wouldn’t even go into the garden, even when Aotearoa moved into phase three and he no longer had to isolate.

“His world is the interior of his house,” Emma says. She spends a lot of time trying to understand how to help him and a lot of time crying on the floor of the bathroom.

“I don’t know how his brain works and I want to know. I don’t know what it’s like to have that noise that he has in his brain all the time. I just want to do right by him.”

Emma’s story is a familiar one to Catherine Trezona, Altogether Autism’s national manager. As the pandemic has continued, parents of children with autism are struggling more and more to help their distressed children. A sense of hopefulness, that the pandemic might change the way we operate as a society to be more inclusive of disability, was short-lived for many parents in the autism community.

“At first, we felt a sense of opportunity there. Why can’t we have more flexibility? Why does it have to be homeschooling or in the classroom? But of course since then it’s all about managing the pandemic itself.”

Altogether Autism has been in demand as a service that supports parents and educates the wider community on neurodiversity.

“We know for autistic kids changing messages are really hard and that’s been a hard thing for parents to navigate.”

“We know if it’s good for an autistic person it’s good for everyone. If we were to run everything we do – all of our new plans and the way we communicate – through an autistic lens, then I think our communication would all be greatly improved. It’s going to have that degree of clarity and understanding, and permission for it not to work on every occasion.”

Informed empathy, rather than sympathy, helps those children and parents struggling so much in this pandemic. And it’s something all of us can do, it’s not just for neurodivergent families.

“It’s about asking what’s getting in the way for our autistic tamariki,” says Trezona. “I’m the adult, it’s my responsibility to be curious and figure that out.”

Kahukura (Ngāi Tahu and Te Ātiawa), a mum of two, is autistic and ADHD. She runs the Facebook account More Than One Neurotype to help to educate the public on neurodiversity.

She began the account hoping to raise awareness – but also in reaction to the ableism neurodivergent children and adults face.

“I was getting very frustrated at people misinterpreting people in a negative way and seeing children being pinned as naughty or rude or difficult when their behaviours had very good reasons.”

Kahukura agrees life is tougher than ever for many autistic children and adults.

“The world does feel incredibly hostile. It feels like people have run out of patience and empathy because we’re all struggling. At the start it felt like there was more care and understanding.”

There is much at stake if we as a society don’t address the growing ableism in our society, Kahukura says. Confronting ableism head on isn’t just life-changing for disabled tamariki and their families, it’s life-saving.

“We can literally save lives if we make people feel like they belong,” she says.

“And if we say everyone is different and that’s OK, that doesn’t just help autistics, it helps everyone.”

Emma is hopeful that sharing her story might help others to see what’s happening behind closed doors for many families in Aotearoa.

“Other people can’t see it. I don’t want people to treat him differently but I just wish people understood.

“We love our kids and they’re amazing and you wouldn’t have it any other way. I’m so happy he is the way he is, he’s so funny, he brings so much joy into our lives. It’s such a pleasure to be his mum, but it’s not without its challenges… and I wish people could see that and help us.”