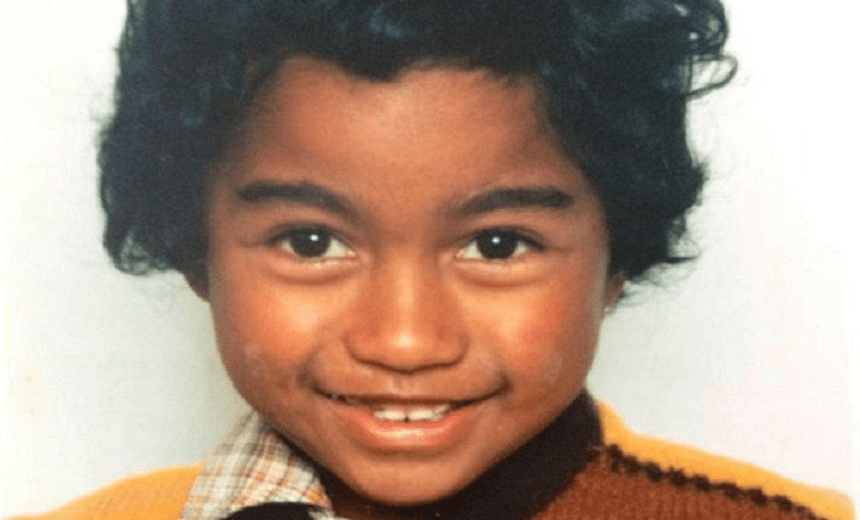 Dear māmā: For my mother, who gave me stability when I needed it most

Josh Wharehinga is a father of six and Gisborne District Councillor, Tairāwhiti Health and Te Wānanga o Aotearoa board member. Last week he wrote about his mother on his blog and, for Mother’s Day, we’re republishing it on The Spinoff Parents.

I talk a lot. All the time. I talk about what it was like growing up in a gang environment. I talk about what being a dad is; about what being a solo dad is. I talk about local government, board representation etc etc. I often talk about leadership and what shaped me as a “leader”. Generally the subject matter of these talks are about the people and events that were accelerants to my life; someone who did a terrible job that galvanized me, someone that gave me a hand up when others didn’t. You’ve been to those type of talks. You know what I’m talking about.

One thing I never get the opportunity to talk about though is stability.

Those for me came from my mum.

For the uninitiated, a quick spiel on my upbringing. I grew up gang affiliated. Dad was a drug dealer. We were poor. Drugs. Alcohol. Beatings. Māori statistic dot com.

A couple caveats (please read this with aroha, coz it’s written with aroha):

2) my upbringing shaped me into the person I am today, so please keep your pity and opinions about it to yourself. Thanks.

We were poor. I had bare feet until I was eight, not by choice. We used to play a game on the way to school, we would slide barefoot over the top of iced up tree stumps. It wasn’t until I was a teenager that I realised how poor that kind of activity is. It still is one of my fondest memories. My first pair of shoes I remember getting was from my aunty Bobby because I went to Auckland barefoot. You don’t know you’re supposed to have shoes if you’ve never had them. It was just my reality. A lot of you will be able to relate. I remember turning up to Intermediate on the first day of school with no shoes because we couldn’t afford them and made to stand in front of the class by my teacher who told me it was wrong and if I didn’t get shoes I’d get in more trouble and be given a detention.

School shoes came secondary because mum was occupied with knitting us clothes to keep us warm and scrounging up meals to keep us fed. She literally embodied Tupac’s line in Dear Mama:

You just working with the scraps you was given
And Mama made miracles every Thanksgivin’.

Except those miracles were made everyday. Mince was more water and bread crumbs than anything else. But we survived. The woollen clothing was bulky, itchy and had block lettering all over them. You’d feel like the the Michelin man. But we were warm. There’s a certain magic to a woman who can fill clothes and food with so much aroha that thinking about it today still makes me feel warm and full.

We grew up healthy. We didn’t have a car, so if my two younger brothers or I ever needed to go to the doctor’s then Mum would walk us two and a half kilometres there and then two and a half kilometres back home. A 15 minute doctor visit would easily have taken four hours out of her day. Any parent knows how long it takes to get one child ready. Mum got three of us ready. Washed, dressed. Clean. The pride of her life. She would put one of us in the pram, one of us on the pram and one in a backpack. Then she walked. People now walk to drop a couple kilos, take a leisurely stroll or go for a walk to clear their head. These doctor visit walks were not that. This is a walk with three kids under five years, who would inevitably spew, cry or shit themselves. Kids who would eventually hurt themselves or each other. Who maybe would start yelling ‘SHIT FUCK SHIT FUCK’ not coz they knew what swearing was but because everyone would respond to it and attention is the drug of choice for a child. Embarrassing. This “walk” was a test of physical, mental and spiritual endurance. And Mum did it.

After doing a leadership wānanga, I realised I say ‘Yes’ to a lot of things. And I’ve worked out it’s due to my mum. Mum is the unending optimist. She complains, nags and moans a lot. What parent doesn’t? If you said to yourself “I don’t!” then you’re lying to yourself, gurlfriend. But to Mum, everything is possible. That’s what I mean by optimism. She doesn’t know how to go about doing a lot of the things she thinks is possible but her message is always consistent and clear: it can be done. Then she comes up with all of these ways you could do it and then goes out and does them. Some of them are spectacular! Like when she decided she was going to do a cardio workout solely based on the dancing from MC Hammer’s ‘You Can’t Touch This.’ Hashtag Role Model right there, whanau. On the other end of spectacular was her vegan, gluten free chocolate cake. This was almost 15 years ago, long before paleo was ever a thing. I make jokes, but the point is Mum exemplified finding creative solutions with what you have. Her resources never limited her ability to deliver.

I recently was thinking about courage versus bravery. All of us can have short-term bravery. We fall in love with stories of the brave and how they stood up against a real and formidable opponent. My mum is definitely that.  What tiny angry woman on the coast isn’t? Let’s be real. Bravest person I know.

After Dad came out of prison he and Mum wanted to work with youth. So we started running teenage “rages” at the Archery club. Coz reasons. One time a huge fight broke out between, well, everyone. Everyone was fighting everyone. It was terribly spectacular. Mum disappears into the group of about 300 scrapping rangatahi and over top of all of this noise you can hear Mum yelling ‘PRAISE THE LORD!  PRAISE THE LORD!’ over and over again. Apparently that was her solution to stop all the fighting. Spectacular learning lesson. To give her credit, her shouting was in the right direction coz she actually would’ve needed Jesus, Tumatauenga and Thor to break that fight up. Mum trips over, gets swamped, Dad mutters “Oh for fucks sake, MAAAARAAAEEAAAA!” like on the movies, pushes through the crowd, pulls her out, only for her to run straight back in again. Did I mention bravery also requires an ability to not fully think things through?

Then there was the time she tried to fight gang members who came over to steal our dog while dad was inside.  She was dressed in her petticoat. As much as everyone is your friend, or leaves you alone when the old man is out, you’re a target when he’s inside. It’s the truth. Those mums who hold it down like that are tough. Respect.  Firsthand experience speaking. My mum is certified badass brave.

I once referred to mum as being the calm inside a world of chaos, but actually my mum isn’t that calm!  haha.  However, she is resolute. And strong. And determined. And courageous. A pou. A lighthouse that crashing waves of life yield to, despite their unending persistence to break on her shoulders.

The stability in my life still comes because of my mum.

I say it every time I see you and txt you, but I also wanted to let everyone else know.

I love you Mum.

Josh Wharehinga describes himself first and foremost as a father of six. He enjoys serving his community as a Gisborne District Councillor, Tairāwhiti Health and Te Wānanga o Aotearoa board member. Sometimes he writes. Sometimes he talks. And if he’s fortunate, sometimes people listen. Read more from Josh at his blog here.