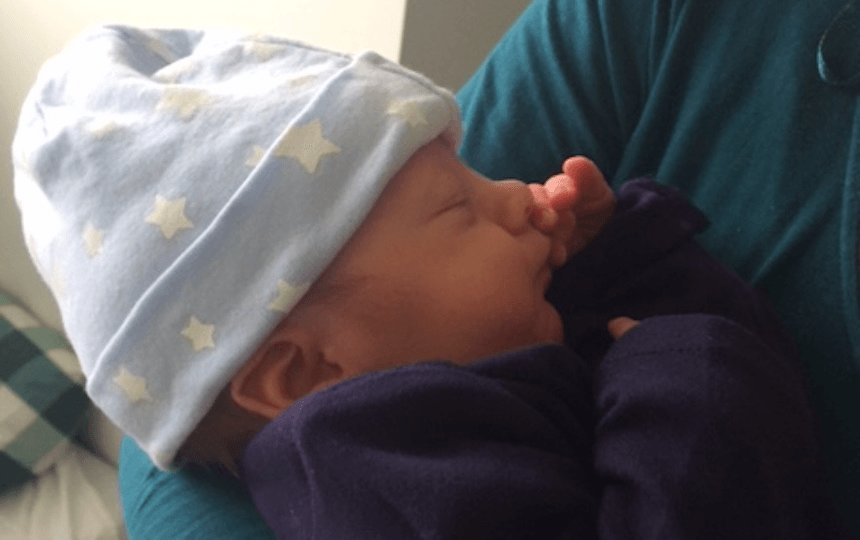 Baby Liam has been returned to his family after nearly four months. (Photo: supplied).

The baby with the broken bones

Baby Liam has been returned to his family after nearly four months. (Photo: supplied).

A baby girl with broken ribs is taken into government care; 14 months later her newborn brother is also taken into custody at an Auckland hospital. But the case is not as simple as it seems, writes Joris de Bres.

Two weeks ago, newborn baby Liam* was taken from his parents at an Auckland hospital. Oranga Tamariki social workers had obtained a custody order for the little boy from the Family Court before he was born, on the grounds that he might be harmed if left alone with his parents. This was because of an unresolved incident relating to Liam’s older sister Emma 14 months earlier. The nightmare of Liam’s parents has been going on ever since then, and it has just got a whole lot worse.

Somewhere between birth and four weeks of age, little baby Emma suffered several broken ribs. The fractures were already healing when they were discovered by chance in an x-ray taken for another purpose. There seemed to be no satisfactory explanation at the time, so Child Youth and Family obtained an order from the Family Court to take her into protective custody. She is now 14 months old and has been out of the care of her parents for almost her entire young life.

At nine months (last March), her GP, consulted by Emma’s carers, noticed she had unusually blue eye whites, a symptom of Type 1 osteogenesis imperfecta (brittle bones). She referred her to the hospital for tests. The genetic test results came back from Australia this August and the diagnosis was confirmed.

Surprisingly the hospital concluded that “the medical consensus is that this degree of osteogenesis is not associated with neonatal fractures in the absence of inflicted injury”. The Oranga Tamariki social worker, in applying for Liam’s custody order to the Family Court, translated this into “there is no correlation between Emma’s non-accidental injuries sustained when she was approximately four weeks old and a condition called osteogenesis imperfecta, which may affect Emma later in life.”

This will sound crazy to parents of children with Type 1 osteogenesis imperfecta, of whom I’m one. My wife and I have identical twin daughters with the condition, and a grandson. Neither of us has it. Our daughters weren’t diagnosed until they were four years old and for that whole time we (and others) wondered why they were breaking bones. No medical person was able to answer our questions about seemingly soft bones or blue sclera.

Babies with Type 1 osteogenesis imperfecta can and do break bones. One of our daughters was hospitalised three times in her first year, once after a febrile convulsion and twice for skull fractures due to accidental falls. My wife was suspected of causing non-accidental injuries with the skull fractures, and I was questioned about her mental health. We came under particular suspicion in the second case because there was no trauma, and the assumption was that we must have waited until it had settled before we took our daughter to the hospital. The fact is, fractures without trauma are a common feature of Type 1 osteogenesis imperfecta.

In response to questions about the case, an Oranga Tamariki Spokesperson said: “We can’t comment on individual cases for a range of reasons. In cases where children present at hospital with fractures that are suspected to be non-accidental we rely on advice from medical experts, including advice regarding conditions such as osteogenisis imperfecta or brittle bone. If specialists believe that injuries are non-accidental, then Oranga Tamariki’s role and legal mandate is to act in the best interests of the child. Ultimately it will be the Family Court who will consider all of the specialist medical evidence and social work assessments to make decisions around placing children in care.”

We have since heard of other parents who, in the absence of a diagnosis, have had to deal with suspicion of harming their children. We have read of parents who have had their children taken into care or even been charged in court with child abuse because of “unexplained injuries”. There’s no medical evidence that I know of that osteogenesis imperfecta waits for children to be older – one of our children suffered known fractures in her first year, the other didn’t, even though they’re genetically identical. It’s very random. Both had subsequent evidence of fractures (after they had healed) that we didn’t know about at the time. Our grandson also had a severe fracture in his first year, but at least we knew he had osteogenesis imperfecta because he’d been tested.

When RNZ’s Jim Mora interviewed Emma and Liam’s parents’ support person on Sunday Morning just after Liam was taken away, it triggered our own memories and those of our daughters. I emailed the programme to express my alarm and called for the case to be reviewed urgently. The programme producer forwarded my email, and I was contacted by the family. I have since met with them and read the documents about both Emma and Liam.

I don’t doubt that the CYFS and Oranga Tamariki social workers have acted with the best of intentions and that the medical people are genuine in their assessments. But the fact remains that children with Type 1 osteogenesis imperfecta can and do have fractures as babies. The fact that Emma’s case has not yet been resolved after more than a year and has now led to the taking into custody of little Liam is a cause for grave concern. The parents, without any proof, and on the basis of one injury, have been condemned to be separated from their children with no known prospect of being reunited with them as a family. Brittle bones provides a plausible explanation for the only injury that is in question. Parental mental health reasons have subsequently been adduced, but the authorities have only ever had contact with them while they have been under the extreme stress of separation from their children. In any event, there are many parents with mental health issues who make perfectly good parents.

I feel a strong compassion for them, and believe that every effort should be made to restore the children to their parents and the parents to their children. I have shared my concerns in more detail with Gráinne Moss, the chief executive of Oranga Tamariki, and asked her to conduct an urgent review of the case.

The family has started a Givealittle page to fund legal costs to have the matter reconsidered by the Family Court: https://givealittle.co.nz/cause/bringourbabieshome/donations

*Names have been changed in this story to protect the family’s privacy.