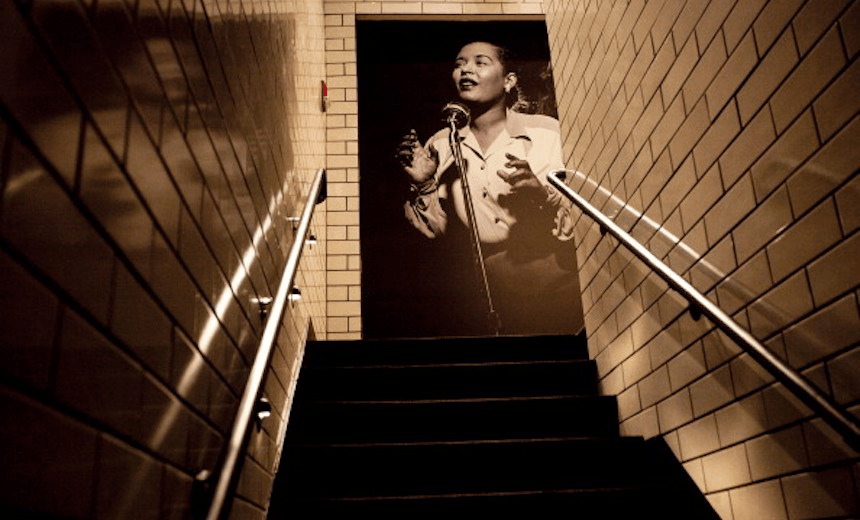 A photo of Billie Holiday at the entrance of Storyville nightclub in Boston, Mass. Photo by Yoon S. Byun/The Boston Globe via Getty Images

No Holiday: On the decision about whether to have ‘another’

A photo of Billie Holiday at the entrance of Storyville nightclub in Boston, Mass. Photo by Yoon S. Byun/The Boston Globe via Getty Images

It can start pretty quickly after your first child is born, that simple but annoying question: ‘So are you going to have a second baby?’. Simon Sweetman writes about hopes, expectations, and making one really big decision.

I always wanted a daughter named Billie. Simple really. As soon as I heard Billie Holiday’s voice I was sold. Her voice, that sound, and the idea of her name being Billie – it all just hung in the air there for me. I wanted, nearly 100 years after Holiday’s birth, for it to be my tribute. I get as close as I ever get to crying when I hear her voice. But we knew we were having a son. We had no names for boys. Besides they all sounded like something you’d name a dog. Otis. Hugo. Rufus. Mongrel…We settled on Oscar. Happy with our decision, we returned home from the hospital. A week later we heard the neighbours whistle for their wee dog: “Oscar! Oscar!”

Our Oscar’s life has been a charmed one. His dad working at home and introducing him to all the music he’ll ever need and far more. A mother who could not love him more. We know we spoil him. He’s so very precious. He didn’t come easy. We had, like many people, several unsuccessful attempts at getting – or rather, staying – pregnant. When it looked like the baby bump that would become the baby that would become Oscar was going to make it to full term we were able, just, to remove the deer-in-headlights look and feel that realisation sweep across us both. And just as I started to feel something approaching elation I was handed a nappy and told to strap it on the tiny young lad. I had a whole new learning curve. Time to step up. My whole life’s achievements up to that point had been a sports victory, a great gig and a sculling contest. The real work, and real joy, was now here.

Katy did not enjoy being pregnant. It was difficult. She had daily injections and I had to do them for her. She hates needles. You realise how in love you are and how vulnerable life is when you’re sat at the end of the bed each morning, a cold needle between you being the thing that’s going to help you bring life into this world. I kept thinking of that line from The Young Ones where Vivian is about to do “acupuncture” on Neil by tapping a six-inch nail up his nostril to clear the flu: “You might feel a bit of a prick,” Vivian says. “So what’s new?” is the reply. I never shared this out loud. I steadied my hand each morning and found a new place to drill, avoiding the gathering bruises.

Within days of Oscar existing my mum suggested we “hurry up and try again”. We were reminded that we were both “getting on”. In the days and weeks and months – and now years – since we’ve had our world turned inside out and upside down – magically so, sure – we’ve been asked by closest friends and total strangers when we are “gonna try again”. And if we’re “hoping for one of each”, as if the set needs to be collected; as if you’ve done it right to get both boy and girl, as if there are just two types in the world.

Miscarriage is brutal. Our second seemed particularly cruel – we were a day off the 12-week scan. The first had been no picnic. I was at work; we had friends staying who, at that point, didn’t know our near-news. They were left to, well, mop up. Being good friends, we were in good hands. You finally meet the drop-everything-for-you type of friends you hope you’ve got in these situations.

I guess that first experience – me not being there, cursing a fucking weekend shift in a dead-end retail job – is really what made me so fiercely protective of our pregnancy with Oscar. And of the one that didn’t work ahead of Oscar. I didn’t abstain from drinking. I did enjoy the comforts of a live-in sober-driver. But I was alert to it all. Always on. Ever fearful, always hopeful. We were going to do this.

People told Katy she was glowing. And I winced. I felt her worry. People told us it was a walk in the park and I sat baffled. It hadn’t really been that at all.

Discussions around children and having families are so often so gross, I guess because we take it for granted. So many of us really don’t know how lucky we are.

Well here we were now. Runs on the board…finally!

And then the questions again, and again, of why we were “leaving it so late” and how “we better get a move on” and “didn’t we want one of each” and weren’t we “hoping for more” and wasn’t the aim to “have another”.

A boy and a girl would be lovely, sure. I am a boy. Katy is a girl. It’s understandable to want to make something in your own image, to see your own image in someone else. Two boys would be just great too perhaps. He’d have a friend. A little brother. Someone to teach the dance moves too.

But there is so much wrapped up in it all. And every experience is different. We celebrated our 10-year wedding anniversary and a family member told us that “we hadn’t done very well”, meaning just one child was not good enough. As if that was the real and only reason for any marriage. As if staying together and channelling each other’s strengths and covering for each other’s weaknesses, or just knowing them and still being in love with each other wasn’t enough of a win after 10 years. As if a funny, kooky, quirky kid that’s healthy and happy and knows all the words to Phil Collins’ ‘In The Air Tonight’ wasn’t enough of a win after 10 years.

We fended off a few more reminders that time was marching on. As if we don’t have our own mirrors. Or markers. Or marks…

But we never really talked about whether we’d be having “another”. Because in the running of the house and the quest for work and happiness – or one, or the other – we just kept the machine going. Found our groove, found what worked. I’m better at home. Katy is better at work. That’s how it is for us. Everyone finds their groove. It’s slightly different, or very different, for everyone.

Just as the decision around having children – any or how many – is different for everyone.

We finally found a chance to talk about it after the most unsubtle hints in the world. My mum’s latest pressing concern was to know when she could start putting “all the old strollers” on TradeMe.

Oscar will be an only child. He won’t be a lonely child. That’s my hope. He already has friends. And family. And he’s the type of kid who bounds into Mickey Mouse’s house at Disneyland and shouts, “Yo Mickey, what’s cookin’?” or dances in Cuba Mall with the wandering Hare Krishna singing folk. So he’ll be okay. I reckon.

Does it break my heart a little when he says, “but I wish that I could have a brother”? Yes it does.

Do I wish we were having another child? Yes. Yes, I do.

The spirit of Billie sings somewhere in my heart.

We’ve made the right decision. And there are lots of factors in that – nothing is ever easy. But it is right, because it’s the best fit for us. It was never anyone else’s decision. That doesn’t make it easier. Even knowing that doesn’t exactly help.

Did I imagine having “another”, having “one of each”, “completing the set”? Sure. Of course. But we’ve made a great family. We love each other. We’re working on doing the best we can.